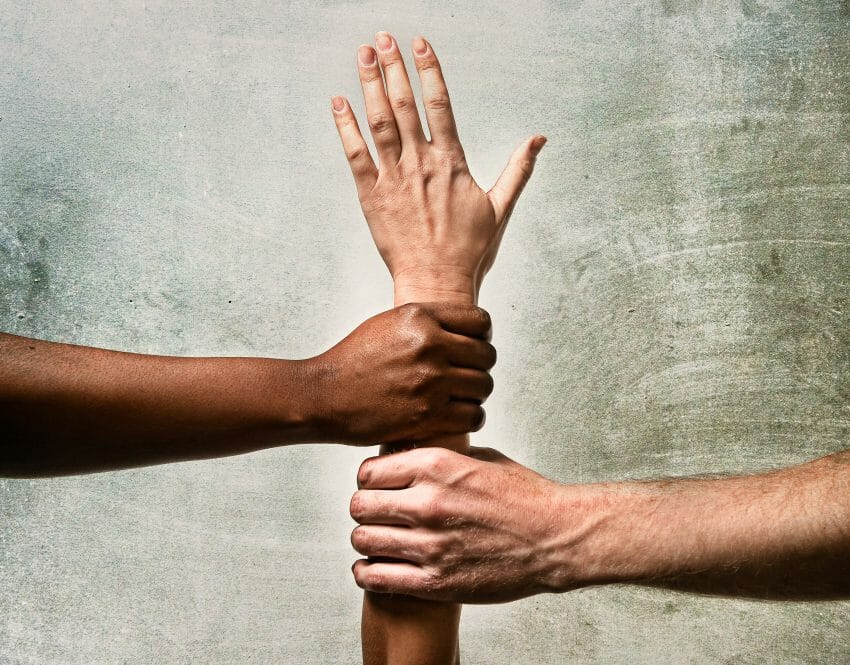 We are getting better at identifying our prejudices. But that is only the first step to a more diverse and inclusive workplace.﻿

We are getting better at identifying our prejudices. But that is only the first step to a more diverse and inclusive workplace.

Thanks to unconscious bias training, employers are now more aware of the need to identify existing prejudices to work to eliminate them. But greater introspection and honesty brings up uncomfortable truths. And what if it proves hard to move on?

This question was brought to the world’s attention last week courtesy of Liam Neeson, the Hollywood star best known as an avenging hero in the series Taken. Neeson, during a seemingly-normal press junket designed to promote his new film, Cold Pursuit, was asked about his character’s desire for revenge. He responded by telling a personal story about how a close friend had been raped. Having asked “what colour” the rapist was, Neeson claimed he spent the following days walking around with a cosh, hoping he would be approached by “some black b*****d” and have an excuse to “kill him”.

The story reverberated around the world. Many commentators were understandably disturbed by Neeson’s seemingly instant focus on the colour of the rapist’s skin, not to mention the racist myths he was tapping into. “The next time someone asks me why I have a chip on my shoulder, I need no longer brush the question away with disdain,” wrote Gary Younge in the Guardian. “I can say, with all sincerity: ‘Because there may well be an Oscar-nominated actor out there who wants to kill me.’”

But Neeson also attracted defenders. John Barnes, a former England footballer who has spoken out against racism, argued the backlash missed the point. Neeson knew his thinking had been racist and wrong, Barnes said, and he had admitted it in the context of growing up in Northern Ireland, which was at that time plagued with prejudice-fuelled violence. Barnes wrote that to address the root cause of racism “we must have open, honest and sometimes painful conversations”, and “this must involve allowing people who have held biased views in the past to be heard without fear of recrimination”.

In the workplace, you can hope, the biases and prejudices that come to light do not lead to thoughts of murder. But even so, they exist. According to Harvard’s Implicit Association Tests, most of us harbour prejudices against people based on their outward appearance, even if we are unaware of them. And we know, too, that these biases – conscious or otherwise – have a detrimental effect on certain employees. Just check the statistics showing lower pay for women and ethnic minorities, or the poor representation of these groups at the highest rungs of corporate power. A 2018 Guardian survey found 43% of those from a minority ethnic background felt they had been overlooked for promotion. More than two-thirds believed Britain had a problem with racism.

Racism in the workplace

The question for employers is what to do about it. Very few people self-identify as a racist or sexist – responding to the outcry his comments prompted, Neeson declared: “I’m not racist”. Yet polls suggest that, rather like Neeson, while Brits are good at identifying the most obvious types of racism (Neeson harbouring murderous thoughts about an entire group), they are less aware of more subtle types of racism (such as the long-standing lynch mob stereotypes about black men which may explain why Neeson was preoccupied with the race of the rapist in the first place). A 2018 YouGov poll found that while 89% of Brits recognise that using a racial slur is racist, this falls to roughly three-quarters when it comes to making assumptions about someone’s skills and behaviour based on their race. Only 41% think telling a joke that plays on racial stereotypes, or imitating a different accent, is racist.

A need for self and societal change

Those arguing for more honesty about biases believe that what really matters is how we respond to them. Dushaw Hockett, an equality campaigner in the US, said in a TedX talk that accepting we all have prejudices helps to move away from instinctive shaming. “If we’re honest we sometimes intentionally and unintentionally shame others,” he said. “And my belief is as long as we continue to do that human beings will never feel the motivation they need to do the self-change work or the broader societal change work that we need.” Hockett drew on the work of the researcher Brené Brown, who distinguishes between shame and guilt. Shame she defines as a feeling of being unworthy, and a source of destructive and harmful behaviour. Guilt, on the other hand, can be helpful: “It’s holding something we’ve done or failed to do up against our values and feeling psychological discomfort.”

Indeed, the most important factor in tackling conscious and unconscious bias may be the individual’s desire to change. A Scottish government review of anti-racism interventions found that successful schemes were most likely to involve motivated participants. This included an experiment in the US, where pupils from two ethnically diverse high schools explored stereotypes and reduced them as a result. By contrast, mandatory, short, top-down diversity training often backfired. “People have to be open to and willing to confront and challenge their prejudices,” the report concluded. “This is the biggest obstacle for anyone with an objective to reduce prejudice.”

Identifying biases and wrestling with them may be the way to a less prejudiced work culture, but that doesn’t mean it’s a quick fix: the same Scottish government review cited a Northern Irish project where pupils were taught about the Troubles, but in some cases, teachers worried they were introducing sectarian stereotypes to children who had previously not held them. In all teaching experiments, leadership mattered.

Whether it’s Liam Neeson or Liam from sales, the research on combating prejudice suggests there is no point simply using someone’s admission of guilt to shame them. But nevertheless, whatever the intention, blurting out your darkest and most hurtful thoughts has consequences. It’s up to those most affected to decide whether the lesson has been learned. Liam Neeson so far has limited his actions to an apology and appearances on chat shows.

He and his defenders may be right to say that some of the instant backlashes may have missed the point. But nor should he feel victimised if, after reading his comments in full, others echo the thoughts of black actress Regina King. “Do you need to be responsible for what you make other people feel because you’re expressing what you feel?” she told The Independent. “Absolutely. So don’t be surprised when someone doesn’t want to work with you.”

>See also: Mind the gap and raise a collective ethnic voice for change