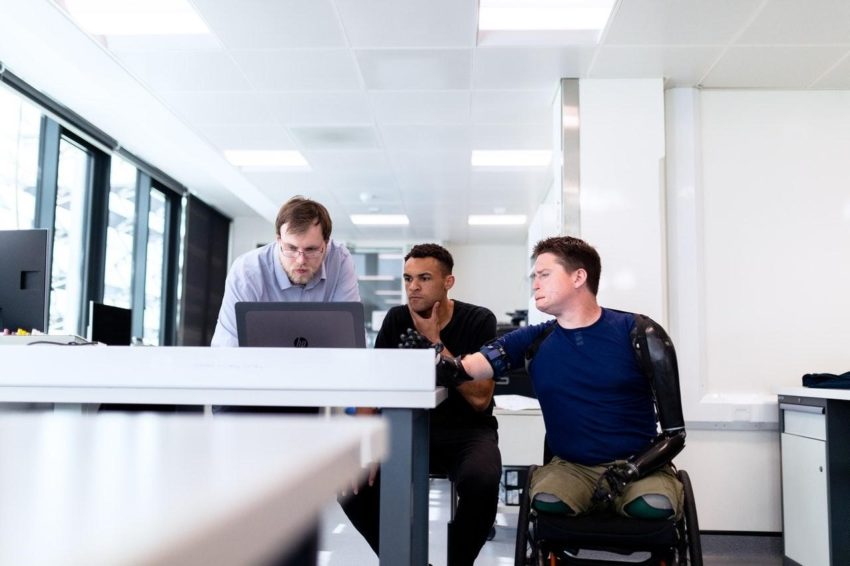 In an increasingly global corporate climate, ensuring workplace diversity is an important component of a company’s continued viability

Technology is key in facilitating that diversity. It ensures that your product or services are available in widespread markets and makes distance collaboration as simple as tapping a screen.

While it’s well-known that technology supports the new reality of remote work by allowing for effortless, trouble-free connectivity, the full role of tech in ensuring diversity is less known.

While resolving many of these challenges related to inclusion, the need for advanced technology simultaneously poses many challenges in its own right.

The current state of ADA compliance in business

Most business leaders like to consider themselves progressive and forward-thinking, especially when it comes to accommodating their employees. However, data shows that isn’t necessarily true.

By the end of the 2019 fiscal year, more than 11,000 ADA-related complaints were filed against business owners. That’s an increase of more than 400% over the previous five years.

The complaints show that employers largely failed to ensure the accessibility of their physical and digital workspaces to employees with disabilities, and neglected to provide sign language interpreters to employees from the Deaf community.

According to a recently released 2020 diversity report, organisations still have plenty to do if they want to remain in compliance with the Americans With Disabilities Act (ADA).

To create a vibrant, diverse workforce that represents the needs and shifting demographics of businesses and consumers in the 21st century, they will have to put in more effort.

What is ADA compliance?

The Americans With Disabilities Act was put into law in 1990, primarily seeking to prevent discrimination against persons with disabilities in the workplace.

However, it also goes further than that by protecting access to all public forums and spaces.

The ADA is divided into five sections that seek to govern all facets of public intercourse and business:

As you can see, titles II and III relate to the availability of access to public spaces and services by all members of the public. In contrast, title IV extends this accessibility to the digital realm.

In the case of private ownership, the ADA requires that a business space that is open to the public, or which contains portions that are generally publicly accessible, provide reasonable accommodations to extend this accessibility to all members of the public.

This includes members of the public with disabilities.

As such, diversity best practices and regulations don’t really change.

What has changed is the fact that, in an increasingly global community, technology must evolve to ensure that the disabled community continues to maintain parity.

Technology has to serve inclusion and access, both digitally and in the real world.

With this in mind, the ADA was revised in 2010 to include a new set of enforcement standards requiring accessibility by design in a digital environment.

This update is known as the 2010 ADA Standards for Accessible Design and governs overall web development.

While it seems that technology bakes accessibility into its foundations, the digital landscape is often far from it for a person who is hearing or visually impaired.

Such a person may be able to use voice commands or accessibility aids to reach your website. However, how much engagement can you expect if the content itself is inaccessible?

Chances are, if you neglect them, visitors with disabilities will leave your site and find a business that accommodates them instead.

What is more, they may also file a complaint against your company for ADA violations, resulting in possible fines and the very real prospect of business disruption until you ensure compliance.

The more vital your services or content type, the more far-reaching the fallout will be.

For example, a personal blog may simply suffer the loss of search rank or visitors. A financial app or electronic health records platform will feel the full brunt of consequences from consumers and governments alike.

Technology often advances faster than our ability to assimilate and incorporate its evolutions. To support diversity in the workplace and commerce, developers and business leaders must collaborate and innovate.

Unfortunately, tech often reflects the unconscious biases of its creators.

For instance, facial recognition software was created in an effort to enhance security. However, it proved to inadvertently negatively affect persons of mixed ethnicity or simply those who otherwise don’t fit into narrowly preordained and programmed physical metrics.

Programmes that were developed to evaluate potential job candidates also contained unintentional biases that achieved the opposite of a more diverse workforce.

In an effort to counteract such unintended consequences, developers have had to return to the drawing board, literally.

They had to create new value proportions in which diversity and accessibility are the expected outcomes rather than an exception to the rule.

The future is mobile in more ways than one

Among the biggest shifts in digital commerce is the advent and rise of mobile app development. An estimated 56 million disabled Americans rely on mobile apps for everything from shopping to healthcare.

That number alone shows how important it is to prioritize accessibility by design.

For example, users with a hearing impairment should be given the option of using closed captioning with video content. This should also include access to complete transcripts of the content.

Visually impaired users should have the option of auditory access, such as talk-to-text capabilities.

Businesses developing apps nowadays (for both their users and employees) are well-aware of various integration capabilities. Modern apps are built to operate on a variety of platforms, devices, and easily integrate with different supporting technologies such as text-to-speech. Moreover, they are much leaner in architecture and navigation.

When developing a mobile app for your business, it is vital to project yourself into the eyes, ears, and shoes of a user with disabilities. Consult a person with disabilities to make sure your app services such users.

You should also perform an accessibility audit of your website and related apps.

It is vital to accommodate the needs of people of all profiles in the workplace.

Although technology sometimes creates new problems as it resolves old ones, it is nevertheless one of the best ways to ensure diversity and make sure that everyone has equal access to all services.

By combining diversity best practices with the right, properly implemented technology, you can ensure that you remain in ADA compliance.

Ashley Wilson is a digital nomad and writer for hire, specialized in business and tech topics. In her self-care time, she practices yoga via Youtube. She has been known to reference movies in casual conversation and enjoys trying out new food. You can get in touch with Ashley via Twitter.