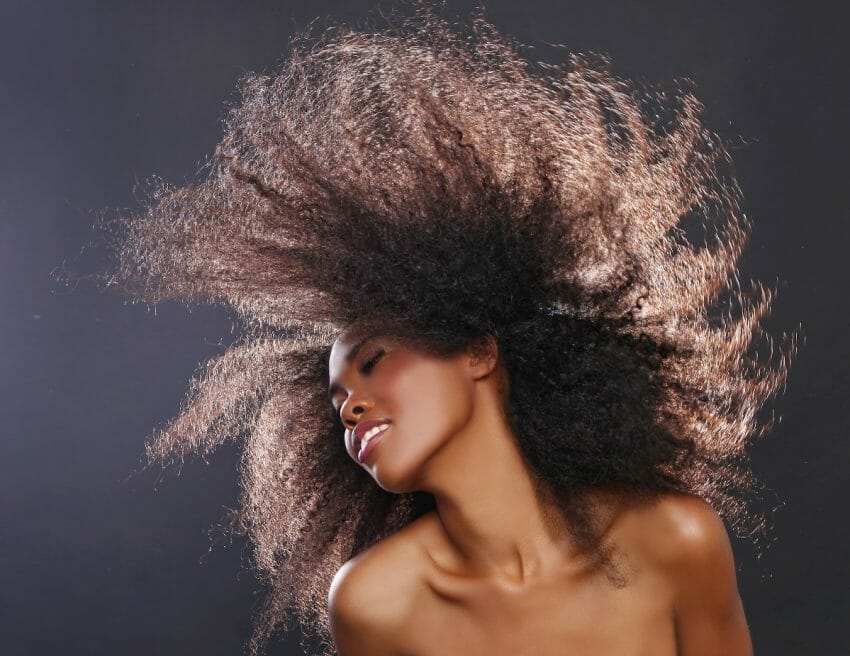 In this column, Claire Clottey speaks out at the often unconscious (conscious) bias that exists toward black hairstyles in the workplace, and why it’s time they were addressed.

Many would have been appalled by last weekend’s newspaper reports stating that Sir Philip Green allegedly paid a black male executive £1m after he racially mocked the black employee’s dreadlocks.

As a black woman with locs, it may seem odd to declare that I am comfortable with the timing of this situation. The compensation pay is just an added bonus.

I’m comfortable because I can finally hold people to account. For years I’ve brushed off comments about my hair in the workplace. Don’t get me wrong, the compliments are nice, but they are almost as frequent as the silly questions and remarks – “do you wash your hair?”, “my neck couldn’t carry all of that weight on my head” and “I wish my hair could grow overnight”. It’s about time that we started exploring what some would argue is a fine line between ignorance, genuine interest and discrimination.

‘Hair’ is the situation

Even if you have never had direct experience with black people and their hair, most people are familiar with Bob Marley or Whoopi Goldberg and their dreadlocks, Beyoncé and her array of wigs and weaves, James Brown’s relaxed hair, Janet Jackson’s braids and her brother Michael Jackson’s youthful fluffy afro, and later wet looking curly perm. The fact that black men and women have versatile hair is old news, and it should be pretty standard to expect black employees to show up at work adorning a wide range of styles in the workplace.

Wigs, braids, weaves and chemically textured hairstyles are popular amongst most ethnicities. Perhaps the real challenge for some is recognising the range of textures that black people have, and as more black men and women choose to wear natural looking hairstyles at work, people have been thrown off by the shift in the status quo.

Throughout my career, I have quietly accepted the understandable fascination with my hair. My choice of hairstyles has been as unpredictable as the British weather, plus I’ve always made sure that my hair is perfectly ‘on point’. Complimentary comments are invariably met with a humble response, ‘thank you;’ followed swiftly by the necessary ‘please don’t touch’ – often after my hair has already been touched!

Always mindful of the perception of an ‘assertive black woman’, I chose to exercise caution while calmly educating non-black colleagues about my hair; explaining what my hair represents and why it is not appropriate to invade my personal space by touching it without my permission.

I recall an incident, whereby a former employer, recoiled and gasped at the sight of my hair. His audible pained expressions startled myself and caught the attention of my all-male team of colleagues as we sat in our open-plan office. When I politely asked my manager if he was ‘OK’, he replied ‘it’s your hair’. Still bemused I responded, ‘yes, I had my hair done on the weekend’, he responded ‘yes, but I can see your scalp’.

The comment was dumbfounding coming from my bald CEO.

Too often I’ve found myself masking boredom through the repetitive polite conversations about my hair at work, when in fact what is needed is a more open and honest discussion about why discussing black hair at work is directly linked to inclusion and diversity in the workplace.

We are familiar with the understandable grooming policies that ensure we don’t find hair in our food or read harrowing headlines about accidents at work such as, ‘Factory worker’s scalp completely torn off after hair got caught in a machine”. I can tolerate the hair and beauty industries ‘on trend’ hairstyle suggestions for brand management, and  I begrudgingly accept the controversial (questionable) hair volume restrictions on employees working for Emirates Airlines.

But although employers are allowed to implement grooming policies to regulate hairstyles, it is crucial that employers across all industries are not doing so to discriminate against employees.

Another bugbear that I have is the assumed definition of what a ‘professional’ hairstyle looks like across a range of business. The specific style is non-descript, yet leans towards simple, low volume, straight hair that is tied back in a bun. I think it’s unfortunate that many prescribe to this unwritten definition, including black men and women.

I can’t measure the effects on an employee’s confidence when comments towards their Afrocentric hair include: “throwing spears in the jungle”. I CAN imagine the levels of self-restraint an employee exercises when such a remark is made. Such comments in the workplace are unacceptable, they risk isolating staff, reduce productivity and in some instances, alienate valuable potential recruits. As Sir Phillip Green has illustrated, businesses also risk a substantial financial loss.

Why ‘My Hair Story’ is important

The connection between identity and hair is significant for many black people. Our hair has historical, political, cultural, religious and social value, and also represents the freedom to express ourselves creatively. For these reasons, I take pride in our hair.

Referencing Priscilla Baffour, the newly appointed Global Head of Diversity and Inclusion for Financial Times; “people perform the best when they are truly able to be themselves”.

>See also: Rising and raising the diversity and inclusion agenda

I want everyone I work with to recognise and appreciate the value that someone who ‘looks like me’ or who has a similar (never the same) hair as me, adds to the business. I’m conscious that my performance influences whether or not another young black person with dreadlocks can walk in my footsteps.

It would seem multinational professional service Ernst & Young (EY) agrees, as it recently released a short five-minute film highlighting the importance of addressing discrimination against black employees based on their hair.

The EY Hair Project features African American male and female employees in senior advisory and tax roles addressing how their hair is perceived in the workplace. It provides some insight into the cultural significance of black hair, draws attention to black people’s experience with hair in the workplace, and emphasises why businesses need to address passive prejudices to improve inclusion.

The film starts positively as employees confidently use words such as ‘beautifully independent’, ‘limitless’, ‘versatile’, ‘bold’, ‘representing wisdom’, ‘power’ and ‘creativity’ to describe their hair; yet the tone subtly shifts as Executive Director, Tara Chambers explains that she is conscious of needing to challenge herself when it comes to her chosen hairstyles within the work culture. This feeling is oh-so-familiar.

Various passive aggressions are also described when EY employees are asked what experiences they have had with their hair in the workplace.

“In the past, I have been guilty of conforming” admits Senior Advisory Jackie Nembaware as shared how her fellow black mentors and mentees had expressed the need to assimilate at work and “wear their afro on the weekend”.

When Associate Denzel Richards shared that mohawks and dreadlocks had hindered the access of people he knew to job opportunities in the corporate setting, I furrow my brow wondering if I will ever see a Black British female broadcast journalist with real dreadlocks, like myself, present on mainstream television in the UK.

Senior Advisory, Stephanie Joseph expressed that she has felt the need to hide her natural hair; speaking to my peers, I know she is not alone.

Tax Senior Renee Morrison mentioned that she takes careful consideration before changing her hairstyle so that she is not considered ‘distracting’ at work or so that she does not need to deal with on-going enquiries about her hair. She also shared that management had made a flippant comment about the time she had spent doing her hair. “He had said, ‘we probably aren’t giving you enough work’.” When in fact, maybe he should have spent more time studying her performance rather than her hair.

These examples suggest that we are already talking a lot about hair in the workplace. We now need to add depth to the conversation to get to the crux of the issue. Inclusion.

To shift from negative to more positive observations, EY has set a precedent for successful future business growth – addressing the thing that grows out of people’s heads #HAIR.

Another suggested solution is to create a more innovative programme of Black History Month events for employees that would include a ‘History of Black Hair’ seminar. Get in touch with me if you want to know more.

>See also: As much as I love Christmas, I’d like to celebrate my own festival, too