Sleaze and risk-taking drove the financial crisis – so why haven’t banks embraced #metoo? 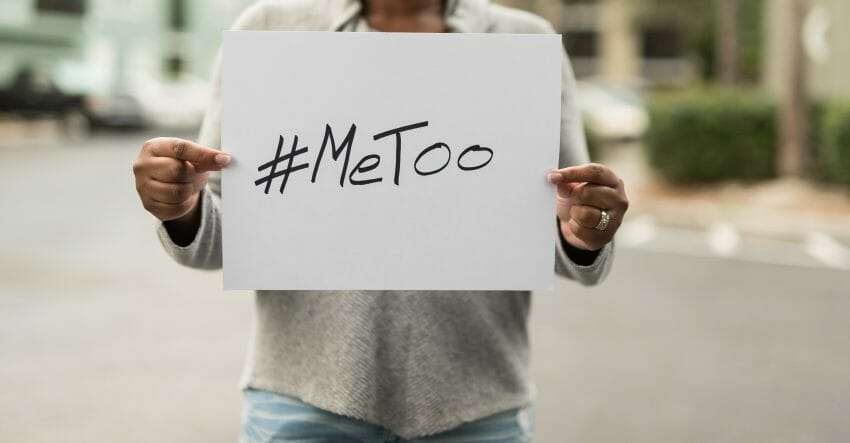 Digital News Editor of The New Statesman Julia Rampen provides her insight on the relationship between banks and the #metoo movement.

In the winter of 2013, just as the housing market was beginning to revive after the recession, I attended a mortgage trade show. I was there as a reporter, to make connections and gather information, but I was most intrigued by a group of young women hanging around the section of the show dedicated to bridging loans – a particularly risque kind of credit product. They were dressed as Sexy Santas, with red velvet mini-dresses and red hats with white pompoms on the end.  I asked them what they were doing there; they smiled, looked at my notepad and refused to comment. My question was, after all, pointless – anyone who knew any stories about the mortgage market could have answered it. Money was trickling back into the market, and after five dreary long years, the perks were back.

It’s now 10 years since the collapse of Lehman Brothers, that moment when the emergency lights began flashing in every central bank around the world. In September 2008, macroeconomics was widely accepted as science, and financial innovation viewed as progress, rather than a euphemism for risk. Banks and the culture within them had changed dramatically, but there was very little curiosity about what lay behind the cashier desks. In the aftermath of the financial crash, of course, every aspect of finance and economics was interrogated.

So it seems rather surprising that, of all industries, the financial services have remained relatively untouched by the #metoo movement.

A more recent study has cast doubt on the idea that testosterone alone explains the tendency to take higher risks. But more generally, it’s fair to say that the financial crisis exposed the fact that the economy is not simply driven by numbers and equations. It’s driven by people with sales targets and bonuses and hospitality invitations – and in the run up to the crash, these people mostly men.

Reporting on the mortgage market in the aftermath of the crash, I heard salacious stories of all-expenses-paid trips to Spain and the Middle East, parties where prostitutes mingled with mortgage brokers and a trade show where you could drop your business card in a box, and at the end of the day, one was picked at random, and the lucky winner received a lapdance. Meanwhile, brokers were selling more and more audacious products to consumers, such as the self-certified mortgage, where an individual could declare their income without having to prove it, and the 100 per cent mortgage, where no deposit was needed.

There have been rumblings of a #metoo moment among the glass towers and old stone buildings of the City. In January, the FT reported on the Presidents Club Charity Dinner, where some of the young women employed as hostesses found themselves fighting off the advances of the diners, and items on the auction list reportedly included strip club nights. The same newspaper was later contacted by dozens of financial services workers who told the paper they had been propositioned and harassed because of their gender. In May, the Financial Conduct Authority, the financial services regulator, said it would use post-crisis rules designed to hold senior managers to account to investigate complaints about sexual harassment.

There are two reasons the #metoo campaign should be encouraged in finance. The first is because of the women it affects. From accusations of rape, to lawsuits comparing company cultures to a “sexual harassment playground”, to surveys suggesting half of female employees have experienced “inappropriate behaviour”, it’s clear that the financial services world has secrets to rival Hollywood’s. That is not to mention the studies showing women are treated more harshly than men in disciplinary processes, despite making smaller errors, and that women are poorly represented in the higher echelons of power, despite evidence that the most successful companies have women in senior roles. A financial services industry more welcoming to women makes sense, too, when you consider that, among younger couples, women are more likely to be the ones who making the financial decisions for the household. It’s not really wise to unleash the guys making titty jokes on your best customers.

But there’s another reason to get behind #metoo. Whether you think it’s down to testosterone levels or plain old lust, it’s evident that in the build up to the financial crisis, a culture of sleaze and risk-taking went hand in hand. The 2015 film The Big Short, which charted the risk taking that lead to the financial crash, featured the actress Margaret Robbie in a bubble bath explaining technical financial concepts, in order to hold the attention of the audience. In reality it was the other way round: if you are a middle-aged man and a bank representative is explaining a new no-deposit mortgage while a beautiful blonde tops up your glass, which part of this scenario exactly are you paying attention to?

The #metoo movement has been accused of sparking witch hunts and unfounded accusations. But this reveals more about the lack of proper internal disciplinary proceedings than the likelihood women are being harassed at work. If a company has a fair way for employees to raise concerns about everything from being groped to their manager fiddling the figures, it’s to the benefit of all.

The collapse of Lehman Brothers marked the start of a long and sometimes unfair vilification of finance. “Bankers” became a hated class. Films like The Wolf of Wall Street gave the impression that all investors were criminals. But it doesn’t have to be this way. Women have been disproportionately affected by the financial crisis. If the financial industry wanted to make it clear that it had learned from its mistakes, it could start by respecting them.