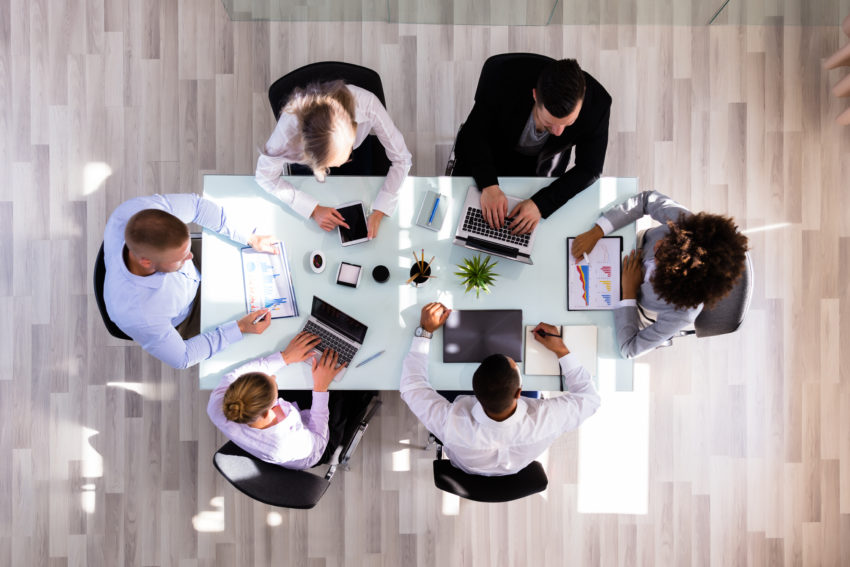 An analysis of the boards of top UK companies reveals a continuing lack of black, Asian and minority ethnicity (BAME) representation.

The boardrooms of the UK’s biggest companies are set to miss the Government’s target of ‘One by 2021,’ according to a new report carried out by DiversityQ.com.

In terms of diversity, white males make up 62.% of boards and occupy 83.8% of executive directorships. White females make up just 28.2% of boards, male BAMEs 6% and female BAMEs 3.8%, according to The DiversityQ FTSE 100 Board Diversity Report 2020.

Alongside key recommendations, the sector-by-sector research highlights that more needs to be achieved in terms of BAME and gender representation, as well as in appointing people who are LGBT+ or disabled, including those with physical and hidden conditions.

In 2017, the government set a target of having at least one BAME board member by 2021 – an initiative coined ‘One by 21’, however, according to the independent Parker Review, it is unlikely to be met. DiversityQ’s research further found that nearly half (49%) of FTSE 100 companies still lack any BAME representation at board level.

When it comes to the representation of women on boards, the proportion has slowly risen – growing to 33.2% by the end of 2019 from less than 7% two decades ago – but disappointingly, 89.5% of the roles are non-executive positions.

Independent review body Hampton-Alexander – which champions gender balance in British boardrooms – set a target of 33% female representation in FTSE 100 boardrooms by 2020. Which although has been met, it has also since fallen. In December 2019, the percentage of female directors hit 33.2% and has since dropped back to 32%.

The recent departure of Alison Cooper from Imperial Brands means women now hold just five of the chief executive positions within the FTSE, down from seven last year alone.

Cheryl Cole, editor of DiversityQ and co-author of the report, said: “Right now, 25% of primary school children in the UK are BAME, which means we need to be creating more inclusive workplace cultures where those children are going to find their voice and flourish when they enter employment. The changing face of the demographics means that we need to be ready for all the right reasons.

“There is better representation of women in senior positions thanks to movements such as the 30% Club and the campaign to reduce the gender pay gap, but it still falls short of where it needs to be. The same applies to LGBT+ and disability inclusion. It is imperative that recent progress towards fairer representation continues unabated.”

It has been proven that having a diverse workforce offers multiple benefits to the company, its staff, and its customers alike. Despite this, the findings of the FTSE 100 Board Diversity Report 2020 make it clear that there is still progress to be made in ensuring that diverse communities are fairly represented in the elite.

DiversityQ challenges companies to increasingly embrace workplace inclusion and to begin to, if they have not already, capture accurate data for the number of women, BAME, LGBT+ and disabled people within their organisations. And, most importantly, to report that information transparently, even if not required by the government.

Simon Stilwell, chief executive officer of Bonhill Group plc, the parent company of DiversityQ.com, said: “The boards of companies big and small are a perfect place to start affecting the positive change we all hope can come out of the dual crises of Covid-19 and racial injustice that have marked 2020 so far.’

Neil (Nilesh) Sachdev MBE, chairman of Bonhill Group plc, said: “Embracing and investing in the full spectrum of inclusivity is the most powerful weapon business has to create real change in society. Isolating this to one community, such as BAME, means we risk leaving talent behind such as LGBT+, female or those with disabilities.

“Research shows us companies that really get diversity right are more profitable, with higher employee retention on average than those that don’t. It is evident that good work is going on across some major companies and sectors, but the gauntlet is down for more to be done.”