Mind the gap and raise a collective ethnic voice for change 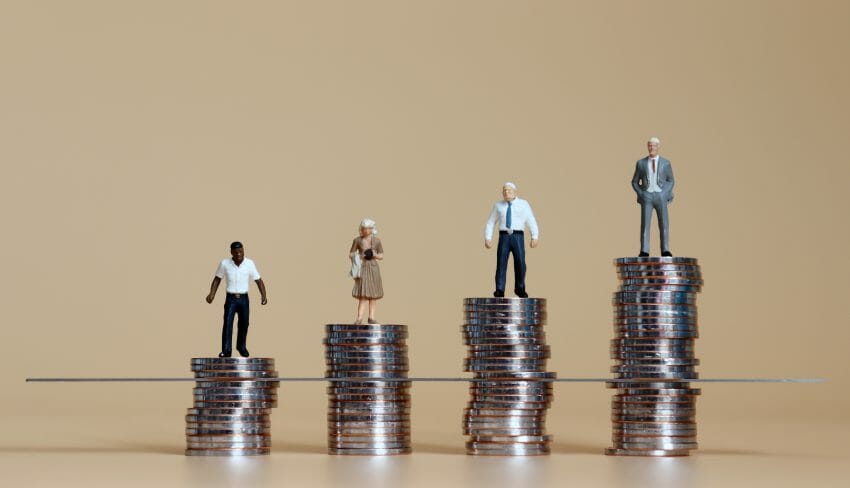 Mind the gap and raise a collective ethnic voice for change

If the launch of the government’s gender pay gap regulations in 2017 taught businesses anything in the ensuing 18 months it’s that ignorance will not be bliss when it comes to forthcoming mandatory Ethnicity Pay Reporting (EPR) requirements.

Many organisations were dragged kicking and screaming through the arduous gender pay gap process and often, like the BBC, named and shamed over the huge differences between what they paid men and women.

Why? Because they failed to heed the warning signs, listen to organisations like the 30% Club who had been lobbying for more transparency on pay for years and sufficiently prepare.

Where are the champions of minorities equal pay?

The thing is, as a black woman, in a relatively high-profile job, I wonder who has been championing equal pay for minorities on my behalf; and after searching, realise the lack of noise may partly be my fault.

Don’t get me wrong. Of course, I want to be paid the same as my peers, especially those I saw leave university with weaker grades than me move with ease into roles at coveted mainstream media publications, because they knew someone, who knew someone or simply ‘fitted in’.

It may partly be my fault because when I started my second career as a journalist in the late 90s, (my second, as at school I was constantly told  journalism wasn’t an option for “someone like me” so first became an optician) I initially applied for ‘safe’ roles in newspapers like The Voice where people of colour set the news agenda and best represented me.

When I finally moved into mainstream media, the question wasn’t whether I was being paid the same as my male white colleagues, but rather would I be mistaken for the cleaner or someone in catering.

Having ‘made it’ I was content with keeping my head down, doing the best job I could and not rocking the boat. What I was being paid wasn’t an issue – but it should have been (I later found out it was around 14% less). And, like I suspect was the case for many minorities who worked their way up the corporate ladder in the noughties, there wasn’t ‘someone like me’ in the business to compare notes, get angry and protest with.

We shouldn’t then be surprised when it’s finally revealed that minorities are paid up to 37% less than their white counterparts in some sectors. It’s something people of colour, especially black women, have long known but were either reluctant, or felt powerless, to do something about. That’s why if we want things to change, now’s the time to use our collective voice.

While businesses found having to report on the disparity between what  they paid men and women an insightful and useful exercise in promoting gender equality, the process also shone a light on the inadequacy of the software and some processes used to capture pertinent data.

This in part may explain why the voluntary business-led approach to reporting on black and minority ethnic pay and bonus gaps the government’s Industrial Strategy favours has failed to gain the same momentum as gender pay gap reporting.

Fill out a form…who me?

I suspect it’s more to do with the fact that, historically, ethnic minorities have shied away from completing certain sections on work/employment forms and surveys for fear of persecution, misrepresentation or believing they serve no personal benefit. The situation has been made worse by the reluctance of both white and minority colleagues to talk about race at work in case they “say something politically incorrect”.

Gathering data on ethnic minorities in the workplace has not been easy and, in some instances, the declaration rates can be as low as 25% in the private sector – with companies without diversity leads struggling the most.

The public sector fares better due to obligations under the public sector Equality Duty and the Equality Act 2010 – as of October 2018, the Greater London Authority published a 37.5% ethnicity pay gap. Still it’s clear to see that mandatory reporting has a way to go and it’s the duty of minorities to stand up and be counted (in a non-threatening way) if we want to bring about change.

In her Race in the Workplace review in 2017, Baroness McGregor-Smith said that “no employer can honestly say they are improving the ethnic diversity of their workforce unless they know their starting point can monitor their success over time.” Businesses won’t be able to monitor what they don’t know!

EPR on the horizon: time to make a difference

A consultation on the ‘methods’ by which organisations will be required to report on pay differentials between people from different ethnic backgrounds closed on 11 January 2019, with new legislation likely to come into force in 2020 –  or potentially after the next UK census in 2021 to enable the government to marry the number of ethnic minorities stated to be in work with what businesses are reporting on their pay.

So, regardless of when it does become the law, EPR is on the horizon and whether the methodology used is a ‘single pay gap’ figure comparing the earnings of ethnic minority vs white employees; multiple percentage figures involving a more detailed breakdown of the different BAME (Black and Ethnic Minority) groups, reporting in £20,000 pay bands or ethnicity pay information by quartile, businesses need to start taking practical steps to engage their minority staff.

Don’t be like me in being content with keeping your head down. Here’s a real opportunity to be part of the solution and not the problem of equal pay. Let’s rock that boat.

See also: Diversity champion is a role model for the investment industry