#MeToo, Hollywood harassment and the workplace 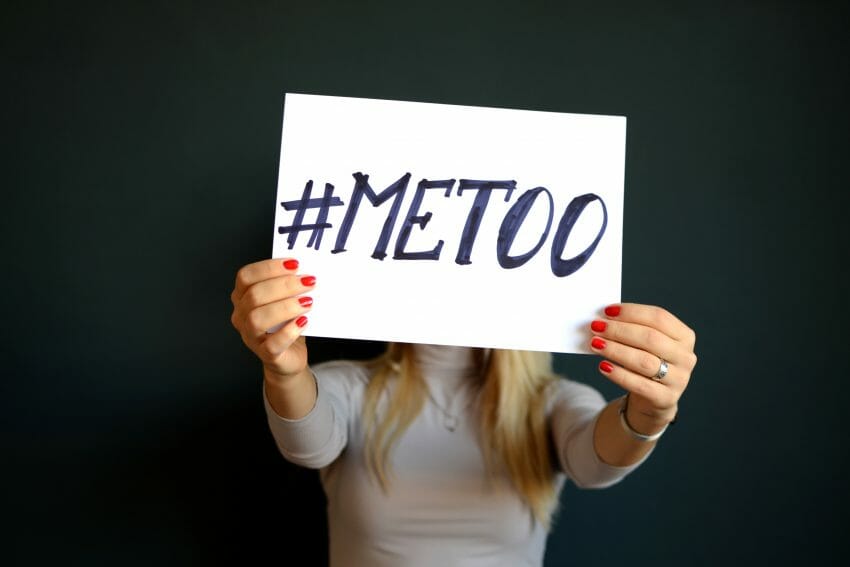 Since it first became popular last October, #MeToo has been widely adopted by millions of Twitter users. Its endurance shows that the hashtag is much more than a temporary social media phenomenon. Instead, it has become symbolic of a worldwide movement against sexual harassment and assault which is designed to produce a permanent change in how men treat women. This is particularly important in the workplace, where #MeToo has developed a special significance because that is where many of the problems occur.

Harvey Weinstein will go down in history as the #MeToo catalyst: scores of actresses on both sides of the Atlantic have documented their personal traumatic experiences of his alleged abuse. The criminal activities of men such as Weinstein, and other prominent figures who have misused their positions of power, has thrown a spotlight on the issue. The international use of #MeToo not only highlights the global prevalence of sexual harassment, it has also enabled voices that were previously silent to be heard.

The risks of being lenient about the problem are manifestly apparent to many companies. As a result, they have become proactive in putting measures in place to prevent it arising, where possible, and to take swift action when it does. This is perhaps best demonstrated by Netflix. A new sexual harassment policy for the company’s staff, including a five-second time limit when looking at another employee. To look for any longer is deemed creepy and inappropriate.

Although it is based on good intentions, the introduction of a no staring policy cannot easily work in practice because it is almost impossible, legally, to prove how long one person is staring at another. Netflix has introduced a further preventative policy: employees are not allowed to ask coworkers for their mobile phone numbers. This seems equally unworkable given that such a request is commonplace among members of a working group or team in many organisations.

The critical question with each policy is one of context and degree. For example, staring into space when someone happens to be within your line of vision cannot be regarded as harassment, although a permanent fixed stare could well be. Beyond harassment, habitual staring might be seen as intimidation or bullying.

Equally, repeated and persistent requests for a colleague’s mobile number could be construed as harassment. But a casual “what’s your number” request happens every day in almost every business as co-workers ask the question without a hint of harassment. Making a subsequent complaint to an HR manager about it indicating that someone has asked for your number is very unlikely to viewed as a serious transgression by any organisation.

In summary, the Netflix policies are neither reasonable nor workable because the spirit of the law risks being lost in the formulaic nature of the new rules. We have been here before. Similar approaches have failed previously, such as when flexible working rules were over-prescriptive and when grievances had to set out in writing at a particular time and in a particular way in order to be valid. Such formulaic prescriptions can lead to unfair loopholes and absurd complaints such as timing the length of a stare. The idea is not to micromanage staff behaviour, but to train them to understand the objective of the law and acts that may fall outside it.

The Netflix policy examples are a very long way removed from the criminal acts allegedly committed by Weinstein. How companies act to prevent such behaviour or something which might lead to it, and how they should respond must be both proportionate and pragmatic. Overreacting to events or virtue signalling does little to serve the interests of a company’s employees. The new Netflix policies have, according to reports, significantly disrupted production on its House of Cards programme, where actors who spend many hours on set together can no longer look at each other, except briefly, or hug each other – as actors often do.

To a degree, the policies potentially undermine the serious nature of the #MeToo hashtag which has dramatically shaped the national discourse – and rightly so. At a time when it is imperative that companies adopt and maintain compliant sexual harassment policies, making sure that they are feasible and sensible is equally important.

In determining whether looking at someone or requesting their number constitutes something approaching sexual harassment or assault, the behaviour would need to be serious, sustained, or both. When applying the law and deciding what is appropriate for each business, all employees certainly need to be familiar with harassment-free employment policies.

But to allow such policies to work in practice, they also need to be reasonable and sensible in countering behaviour that is clearly inappropriate. No matter how comprehensive or well-drafted the scope and impact of sound employment policies may be, they can only go so far in endeavouring to shape the nature of how each individual chooses to behave. Ultimately, personal conduct cannot be wholly determined by rulebooks, but rather by common courtesy, mutual respect and plenty of common sense.

Hina Belitz is an author and specialist employment lawyer at Excello Law. More by Hina Belitz