How to build equity and inclusion into your organisation 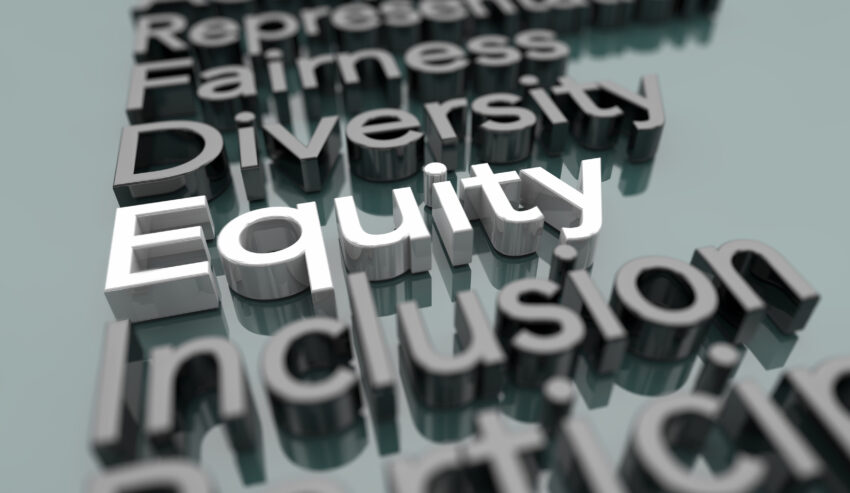 Leaders must be aware of unconscious bias.

We visited the London HQ of software firm Puppet to find out how businesses can achieve Agility Through Diversity. As part of this series, we interviewed Tanya Webb, then Head of Diversity, Equity, and Inclusion at Puppet. We asked her:

“My interest in this work stems from a personal experience before I began my career in human resources. At the time, my fiance, now husband, and I were recent college graduates and we had just started the job search process. My husband, Jerome, knew exactly what he wanted to do; he aspired to follow in his grandfather’s footsteps and pursue a career in the pharmaceutical industry.

“I helped him prep 50+ job applications which included a cover letter and resume to send to various pharmaceutical companies. He had a very targeted approach and spent days researching companies and addresses. Yes, this was back in the day before online applications existed, and applying for jobs meant physically sending paper cover letters and resumes through the mail. All applications were sent and we waited. Weeks, and then months went by, with no response, not even a single letter declining his application.

“We decided to try again and sent his resume to the exact same companies on his target list. We made two changes to his resume and added a professional photo and replaced Jerome with ‘JP’, his nickname for Jerome Paul. The content and formatting of his resume were kept intact. In a matter of a few weeks, he received calls for interviews and ultimately landed his dream job with a reputable corporate giant. He did also receive letters declining his application, but the bottom line is, his applications were acknowledged whereas previously, they were not. We were testing an unthinkable hypothesis, a hunch. Were these companies biased and assumed that he was an African-American male based on his name, Jerome? In fact, he’s white as was evident by the photo included in his resume. While we did not do any further experimenting to validate our assumption, it was a disheartening experience. Since he and I were not married at the time, I wondered what implications it would have for me as a woman of colour with ‘Ramirez’ as my maiden name.

“This was the very experience that actually propelled me into the recruiting field and I share this example as the opening to the Unconscious Bias training I facilitate for Puppet. Unfortunately, there are many more experiences to share, both direct and indirect. Needless to say, I have a personal connection to this work and care very deeply about the challenges we face in the workplace and in the world, in general.”

Have a realistic starting point

“While diversity is a popular topic, change is hard. We need to get people emotionally involved with the need for change before anything can happen, and that takes time, empathy, and a willingness to engage with people on a personal level.

“What worked in one organisation may not work for another. Leadership has to drive change from a realistic base point; moving to a more diverse, equitable, and inclusive environment relies on a real understanding of where things currently stand, rather than just where we might wish they were.”

Be the team you want to work with

“One of the nice things at Puppet is that promoting diversity, equity and inclusion is part of the fabric of who we are. On a daily basis, hiring managers ask me how they can build a more diverse talent pipeline. A big part of this is hiring based on competency-based interviews and culture fit, with our values of ‘be open, be direct, and show respect’, and ‘be the team you want to work with.’

“We also have a large focus on training to eliminate unconscious bias as part of our respectful workplace training. We also look at individual awareness as well as how to take action when you recognise bias, and, as a global company, we make sure people have the cultural competence to recognise the multicultural aspect of diversity.”

Getting underrepresented groups into STEM

“We have a philanthropic mission: to provide equal and diverse access to technology. As a result, with our modest budget, we focus on supporting organisations that do this, whether it is teaching coding to military veterans, disadvantaged youth, or girls. We also have paid to send women to tech conferences who otherwise couldn’t afford to go; it’s all part of our drive to grow and support opportunities for underrepresented groups in STEM careers.”

“I would say that when it comes to diversity, equity and inclusion everyone has to be part of the solution. Inspiring people to engage with driving change is certainly a challenge, but with persistence, the right training, and the right culture, it’s the best thing any leader can do for their business.”

This feature is sponsored by Puppet.

Puppet is driving the movement to a world of unconstrained software change. Our revolutionary platform is the industry standard for automating the delivery and operation of the software that powers everything... More by Sponsored by Puppet