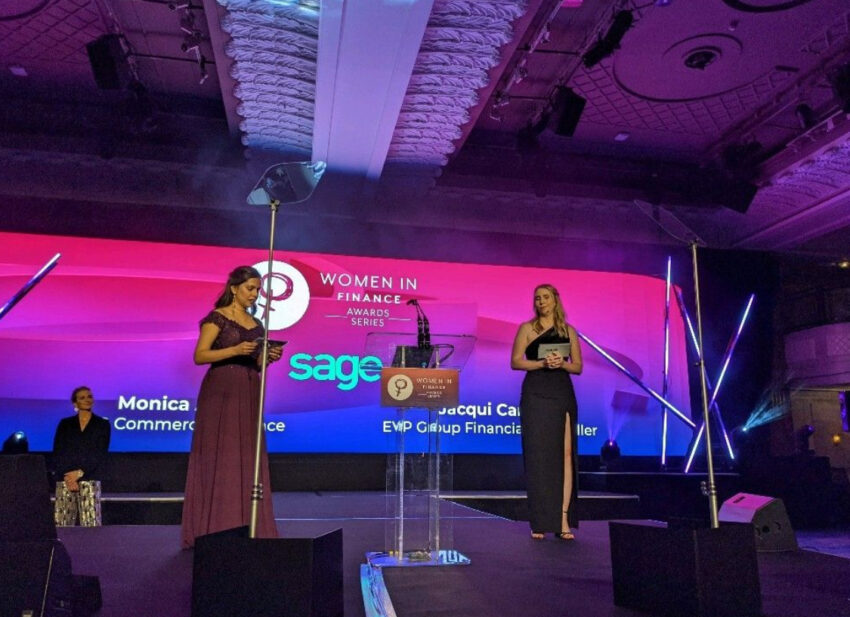 Last night’s Women in Finance Awards UK highlighted the remarkable work of women who are carving out their own paths in the traditionally white, male, and socially privileged sector.

The first live event in the ‘Women In’ series since early 2020 provided the perfect opportunity to catch up with old friends, make some new ones and, more importantly, celebrate the amazing achievements of the winners.

Being authentically ‘female’ in finance

Throughout the evening, it was clear that the pandemic hadn’t dampened the spirits of women working in finance. Authenticity, whether being loud and proud about being a working mother or staying true to working-class roots, was agreed to be key to fostering belonging for women in the sector.

Arora spoke about returning to the workplace after having a child and how this was the biggest period of professional development for her. She wants to assure other women that becoming a mother doesn’t mean abandoning a successful career.

Cartin described her early experience as one of the few women in many of her meetings, as well as one of the only ones from a working-class background. As she progressed and finally got a “seat at the table” and decision-making power, she realised her differences were strengths.

On the topic of strengths in differences, Noreen Biddle Shah and Jacqueline Taiwo bagged two of the night’s most impactful awards by embracing their diversity to initiate change—many congratulations to them and the rest of the winners.

Noreen Biddle Shah, Head of Marketing and Communications at investment bank Numis, won the Women of the Year award. In addition to her day job, Shah is the Founder of reboot, an organisation comprising ethnic minorities and allies accelerating discussions about race in the workplace and society.

Jacqueline Taiwo won the Advocate of the Year award for her work making the finance world more accessible for Black women and helping to create a sector in which they feel they can progress.

She is the co-founder of Black Women in Asset Management (BWAM) – a group of 300 industry professionals in England and Wales that aims to advance and retain Black female leaders in the sector.

Speaking about her win, Taiwo said she wanted to use her own privilege as a senior woman in finance to pave the way for others like her and be a role model for her daughters.

The full list of the night’s winners in order is below:

CFO of the Year – Afua Kyei, Bank of England

DEI Initiative of the Year – It’s Her Future (IHF), KPMG

Employer (under 250) of the Year – Financial Services Compensation Scheme

To find out more about the Women in Finance Summit & Awards Series, click here.