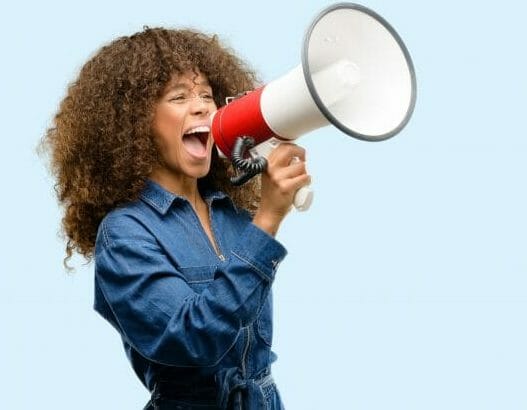 For once, you checked Google, and there was nothing there. As the Google walkout shows, money doesn’t always make diversity problems go away

For once, you checked Google, and there was nothing there.

On Thursday 1 November 2018, employees at the search engine giant’s campuses in Singapore, Zurich, London, Tokyo, Berlin and New York walked out in protest to protest the treatment of women. Those standing on the pavement left notes behind which read: “I’m not at my desk because I’m walking out with other Googlers and contractors to protest sexual harassment, misconduct, lack of transparency, and a workplace culture that’s not working for everyone.”

The “Googlers” had six demands: a commitment to equal pay and opportunity, a public report on sexual harassment, a clear and safe process to report sexual harassment, more power for the chief diversity officer, the appointment of an employee representative to the board and an end to forced arbitration.

>See also: What are the main issues for women in the workplace?

What is ‘forced arbitration’?

It is this last demand that gives some clue to why, as far as sexual harassment is concerned, the tech bros have received far less scrutiny than they might otherwise expect in an industry that is dominated by white men. Forced arbitration is a common Silicon Valley policy, which demands disgruntled employees pursue their disputes internally rather than through the courts. The outcome remains private. This is handy for a company’s reputation, but critics say it has led to years’ worth of untoward behaviour being covered up.

Forced arbitration might sound unreasonable, but employees sign up to it when they sign their contract. Why? Well, here’s a clue. In the US, the median salary at tech giants outstrips that of other big corporates. At Alphabet, Google’s parent company, it was $197,274 in 2017. (In the UK, arbitration has traditionally not been so common, but is reportedly on the rise as companies become more global in scope).

Are settlements really the answer?

Money makes problems, past and future, go away – or at least be dealt with on company terms.

The Google walkout was triggered in part by a New York Times story alleging that Andy Rubin, the creator of Android mobile software, was accused of sexual misconduct. But rather than fire him, Google gave him a golden handshake worth $90m (Rubin has denied the allegations, which he calls smears, and said he left the company of his own accord). Many of those interviewed by the New York Times cited confidentiality agreements as a reason to remain anonymous.

The motivation for cash-rich tech companies to use contract clauses, settlements and payouts to avoid bad publicity is obvious. Some individual claimants may be satisfied with it too. After all, who wants to stand up in a tribunal and give evidence about a traumatic experience, only to see your former employer cross-examine your witnesses? A generous settlement, on the other hand, paves the way to new opportunities, and a chance to move on. As for the sex pest ushered out with a million dollar bonus? Out of sight, out of mind.

But there are three problems with using money to make everything go away.

The first is that, as Google just discovered, it can backfire. When employees perceive that the company is rewarding bad behaviour and has tried to cover it up, they get angry and demoralised. And secrets do get out. Take, for example, the drama playing out in the United States between Stormy Daniels, a porn star, and Donald Trump, the president. Daniels signed a nondisclosure agreement worth $130,000 prior to the 2016 US election, which prevented her from discussing an alleged affair with Trump. But it didn’t stop her finding a loophole in it when the benefits looked worth the risk (her consequent salacious book was entitled Full Disclosure).

Second, even the biggest industries are really a network of villages, and it doesn’t take more than a few rogue operators at a senior level to poison the water. Harvey Weinstein might have only been one man in a US film and TV industry employing 2.1 million, but he influenced the careers of countless actors, directors and producers. In the aid sector, Oxfam allowed a number of humanitarian workers using prostitutes to resign without any further penalty. When the scandal subsequently came to light, a report by the International Development Committee found that because of this: “The organisation exacerbated the risk of allowing the perpetrators to be re-employed within the sector and prevented the issue from being aired and tackled effectively.” Charity bosses quickly warned of the wider reputational damage. “The toxic effects of poor practice in any one of our agencies can weaken the entire sector,” wrote Save the Children’s Kevin Watkins.

The third reason is simply the most obvious – if employers seriously believe that a diverse workforce is a more effective one, they will not want to give shelter to those who put that aim in jeopardy. Otherwise, employees will vote with their feet. According to a 2017 Atlantic article, not only are fewer women hired in tech, but they leave the industry at twice the rate of men.

Of course, there are other reasons why an employer might wish to use money to smooth out a situation. But an interesting exercise might be this. Next time a large payout is on the table – say, $90m – ask what else could it be spent on. A whistleblowing helpline so employees can report concerns about their superiors safely and securely? A women’s leadership programme that makes the chances of a powerful man being able to act unchecked less likely? A diversity outreach initiative? Training for all employees about what’s appropriate or inappropriate in the workplace?

> See also: The advantages of diversity for tech companies

Do the right thing

In response to the New York Times story, chief executive Sundar Pichai said Google had fired 48 people for sexual harassment in the past two years. After the walkout, he added: “Moments like this show that we didn’t always get it right, and so we are committed to doing better.” Google is one of the most fascinating, far-reaching companies on the earth today. It has mapped the world, categorised the internet and enabled millions to collaborate online. Search “sexual harassment”, and it can provide you with 98,400,000 results in less than a second. It would be a deep irony if an organisation dedicated to serving every need of the curious consumer fails to meet a basic demand of its female employees.