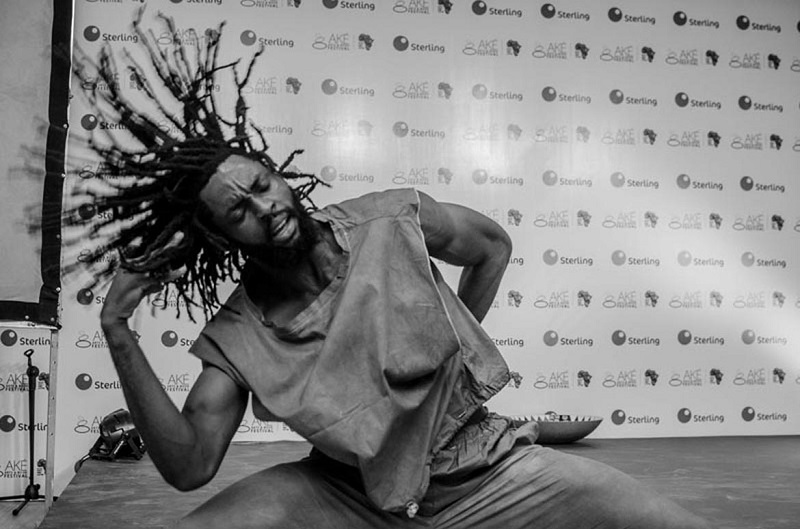 A performance during the Aké Festival in 2019.

Taking place during Black History Month, Aké Festival is the world’s largest festival of black voices in the arts

Aké Festival (22-25 October) will this year take place online during Black History Month, to drive international conversations around the importance of diversity in the arts and consistently showcase the freshest and most exciting voices in the arts from Africa.

Attending this year will be Maaza Mengiste, talking about her novel The Shadow King. She has been shortlisted for the Booker Prize 2020, as has Tsitsi Dangarembga part of the beating heart of African and BAME publishing and Aké Festival’s headline author for 2019.

With panels including ‘Black Women Harnessing Anger for Social Change’, ‘Writing Black, Writing Queer’, ‘Blacktivism Around The World’, and ‘Why Africa Needs Feminist Giants’, the 2020 edition of the Aké Festival will be more thought-provoking than ever.

Aké Festival’s theme for 2020 is ‘African Time’ in recognition of the global anti-racism movement that has gathered momentum and visibility in recent months. Audiences across the world will be able to join this free event, engaging with luminaries from literature, poetry, film, theatre, music and visual arts in discussions around critical issues, including race, gender, identity, equality and empathy.

Lola Shoneyin, Director & Founder, Aké Arts and Book Festival, said: “Our world has changed forever; the magnitude of recent world events cannot be ignored. In 1918, African nations were in the clutches of imperial forces that degraded our stories, culture, history, language and belief systems. More than a century later, the COVID-19 pandemic finds Africa struggling with the colonial hangover of poor leadership and a predatory global order.

“Now is the time for Africa to recalibrate and break the cycle of betrayal by those elected to lead. It may have come later than hoped for, but, for the children of Africa everywhere, this is African Time.”

On the morning of Sunday 25 October, a cross-religion communion will be held with leaders and practitioners from multiple religions and beliefs including Christianity, Islam and indigenous Nigerian faiths. Together they will ask universal questions like ‘why are we here?’ from their religious perspectives.

This year’s Aké Festival line-up of more than 130 authors, artists and creatives, includes:

Beyond the world of literature, Aké Festival has an incredible programme of film, music, theatre and visual arts.

A new art project for 2020 titled WS 20 for 20 will see Nobel Prize for Literature Laureate Wole Soyinka present 20 works from his astonishing collection of African antiquities, explaining their histories and personal significances. The contemporary art exhibition curated by Jessica Byenyan Bitrus, will adopt ‘African Time’ as its theme and feature artists from all over the world.

You can find more information on the Aké Festival here.