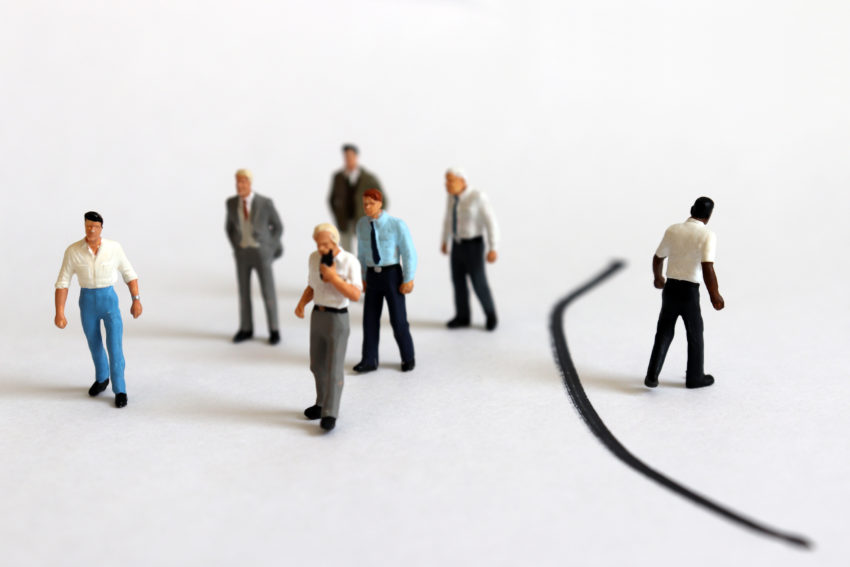 The concept of racial discrimination in society. Miniature people.

Race at Work Charter: One Year On report highlights the slow progress being made in British businesses to create an inclusive environment for BAME employees.

As many as a quarter of BAME employees in the UK are having to put up with bullying and harassment in the workplace, according to a Business in the Community(BITC) Race at Work Charter: One Year On report.

The updated BITC survey found that while 97% of businesses have a clear policy of zero tolerance towards racial harassment or bullying, less than half – 45% – have commissioned a review into whether it happens in their workplace.

The 2019 Race at Work Charter survey also found that whereas 63% of UK businesses collect data on how pay relates to ethnicity, only 31% have published their ethnicity pay gap.

The study collected data from more than 32,000 ethnic minority employees in UK management; more than half were from the private sector, and 40% were public sector staff.

The report published today by BITC, The Prince’s Responsible Business Network, shows that while UK businesses are increasingly starting to measure and monitor some of the key indicators that mark progress towards racial equality, a lot more is needed to improve the working environments for black, Asian minority ethnic (BAME) employees. This includes gaps in pay, progression, and tackling bullying and harassment.

“Many businesses are setting targets and KPI’s for racial diversity and inclusion, but businesses need to be more transparent about where they currently stand and identify opportunities for further progress,” says Sandra Kerr, OBE, CBE, National Campaign Director for Race Equality at Business in the Community.

The survey marks one year since The Race at Work Charter was launched, which has amassed more than 190 signatories.