Youngsters put off digital sector due to diversity concerns 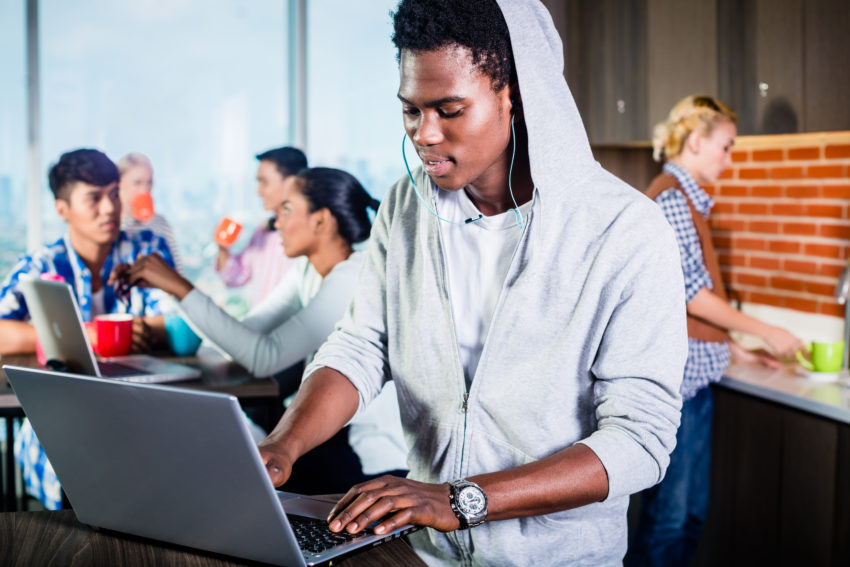 Black programmer in lounge of IT start-up coding software on his laptop, colleagues in the background

The perceptions that young people have about the digital sector could be deterring them from entering digital education and careers.

Seventy per cent of young people believe the digital sector is run entirely by those that are of white, British ethnicity, according to a survey commissioned by the Institute of Coding (IoC) – the government-funded national consortium of educators and employers dedicated to solving the digital skills crisis.

The poll of 16-18-year-olds also found that 56% want more diversity and 34% agree that there are unequal opportunities for women in this sector: 71% think the industry is made up of people solely identifying as heterosexual, 83% believe it’s led by men, and 85% believe the majority of people working in the sector are not disabled.

One in ten youngsters admit they are actively discouraged from pursuing digital education and jobs due to the lack of people that represent them: 41% said there’s a lack of female role models in the industry; borne out perhaps by Mark Zuckerberg cited as young people’s top tech icon by 21% of those polled, with 10% citing Jeff Bezos.

The IOC says a diverse workforce is essential for the future success of the digital industry, to which end it has announced a new campaign called CTRL Your Future, aiming to shift the dial on diversity and inclusion in the digital sector across the UK.

Jacqueline de Rojas CBE, President of techUK and Co-Chair of the IoC, says:“While some of these opinions echo what many people in the industry may already feel, what’s shocking is that these are the perceptions of young people who’ve yet to set foot in the industry.

A reboot of the digital sector starts with welcoming a fresh, more diverse cross-section of talent through the doors, and CTRL Your Future will highlight some of the people across gaming, fashion and design who are already helping to reshape industry – calling on the next generation to get involved.”

Launching on Ada Lovelace Day, – an international celebration of the achievements of women in science, technology, engineering and maths (STEM), named for the English mathematician regarded as the first person to recognise the full potential of the forerunner of the computer and the equivalent of one of the first computer programmers – the IoC will champion a cross-section of diverse people making waves in digital and rebooting the face of the industry along the way.

CTRL Your Future will first partner with DIGI-GXL https://digi.gal. DIGI-GXL, led by Cat Taylor, is an inclusive community supporting women, trans and non-binary people looking to reshape the world of 3D design and animation – seen through recent collaborations with Selfridges and Nike x Trippin.

Other partners will include London Gaymers, the UK’s biggest LGBTQ+ gamer community providing a safe and inclusive space for gamers and the STEMettes, the social enterprise inspiring young women to pursue a career in STEM, founded by Anne-Marie Imafidon.

IOC says events, panel workshops and short films will be rolled out over the next several months, unveiling the diverse face of the industry, showing the creative opportunities that exist through emerging tech and calling for more young people to get involved.