Women in Finance Summit: progression through the ranks 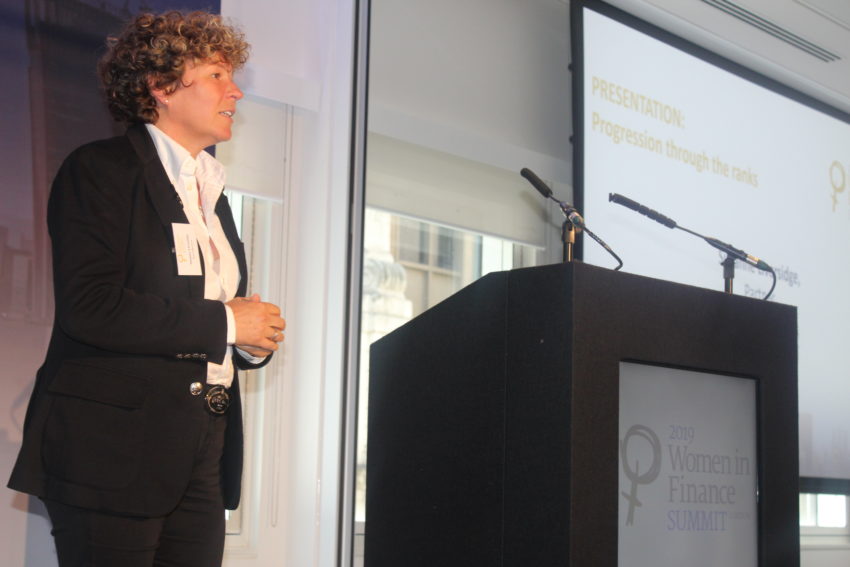 Suzanne Liversidge, a Partner and Board member at global law firm Kennedys

Whether you want to progress in your current role or go down a totally different path, it can often be both daunting and challenging when it comes to dictating your career progression - and making it a reality.

If a seat at the top table is the ultimate goal, the journey to senior leadership will probably involve several twists and turns. Plan effectively, create clear objectives and, if you’re as curious as Suzanne Liversidge, a Partner and Board member at global law firm Kennedys, be ready and open to a career that takes you in multiple directions.

Liversidge works with insurers, self-insured corporates, brokers and local authorities and spearheads Kennedys’ Women in Insurance Group and diversity group, a far cry from her childhood ambitions to be a stand-up comedian.

At the Women in Finance Summit Liversidge shared how humour, tenacity, self-belief and determination had helped her turn her marketing degree (with finance and law options) into a career as a successful senior partner in a stereotypical, male-dominated, “and often at times not politically correct”, industry.

Liversidge told how she had used her personal experience, both successes and failures, as lessons learned to propel her through the ranks, and shared the top tips she used to survive and succeed as a gay, female leader.

>See also: Women in Finance winners: the formula to success in the industry

Her advice at the Women in Finance Summit was:

Liversidge did, in fact, work as a stand-up comedian for three years before, at the age of 23, joining one of the top five law firms. Four years’ later, and following a promotion, she left to take up a new role in Sheffield. Not because she was constantly undermined as a female, but out of principle for being paid £3,000 less than an underperforming male peer.

Day one at her new small firm didn’t go quite to plan. Liversidge was given a tiny subsidiary office based in a crypt behind a church to work from and told that the firm had been fired by its largest local client.

Undeterred she spent the following weeks persuading local insurers to let her work for them for free until they were happy with the results. The gamble paid off, and Liversidge has used the same grit and determination to overcome male bias to now sit on the global board of a firm comprising 2,000 employees and based in 37 offices around the world.

The meaning of success

Liversidge said: “It was the journey and failures that made me successful; by successful I mean I’m achieving my full potential and am happy. A title certainly doesn’t mean success.

“As a woman, it’s important to find that resting place where you are truly happy, doing what you love, and feel recognised for it.

“With that success, the only way to drive it forward is to share it with others. Champion others. At Kennedys there may be 2,000 of us, but our culture and values are ones where everyone, regardless of gender, sexual orientation, race or religion, is able to survive and thrive.

“Our culture and values filter down from the top in everything single thing that we do.”

Liversidge’s final advice to delegates was: “Go out and be curious, ask questions and if there is an obstacle in the way, find another route. Take people with you on the journey. And don’t fight with other women over one seat at the table, go together and ask for more seats.

“As senior female leaders, we shouldn’t be feared. We are the industry’s salvation.”

>See also: Valuable: How one woman’s campaign for inclusion can change the way we do business