Who will be a winner? The Women in IT Awards New York 2020 shortlist is out 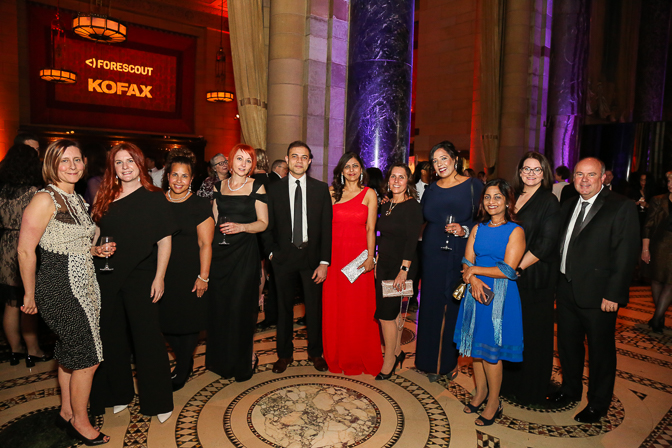 Guests at the Women in IT Awards New York 2019.

Excitement builds as shortlisted nominees take one step closer to being crowned a winner at the Women in IT Awards New York 2020.

Following months of deliberation, the shortlist for the Women in IT Awards New York 2020 has been announced ahead of the third annual awards ceremony on 25 March.

Among those shortlisted for are nine Diversity Initiative of the Year entrants covering schemes that include an online social and professional networking platform that paints “women of all colours of the rainbow” working in STEM in a positive light.

One company designed a leadership programme for its female leaders to accelerate their growth in the organisation. Another focused on tackling the issues impacting women’s economic empowerment.

The awards, organised byDiversityQ and Information Age (both Bonhill Group publications), with headline sponsor Amazon Web Service, serve to showcase the achievements and innovation of women in technology and identify new role models in a sector where female representation stands at only 25% in computing jobs.

Over 500 nominations were submitted for 20 categories, including Women of the Year, CTO of the Year and Advocate of the Year.

Independent judges will now spend the next three weeks diligently reviewing the 177 individuals and business that have been shortlisted across the 20 categories to choose the worthy winners.

“The Women in IT Awards has grown significantly since its inception six years ago. We have been blown away by people’s passion and enthusiasm for this cause. Last year’s event in New York was spectacular and this year’s event will dazzle,” said Cheryl Cole, editor, DiversityQ.

“This year we received 500 nominations for the Women in IT Awards New York 202, showcasing an amazing array of talent across North America’s technology industry.

“All the finalists deserve a massive congratulations for the achievements that have resulted in them being shortlisted for an award. We can’t wait to welcome everyone for one of the biggest nights in technology on 25 March.”

“A massive thank you to all our sponsors and partners, without whom the Women in IT Awards New York 2020 and global series would not be possible. Your continued support and advice have been integral to the event’s success and we hope to work with you until the gender gap is closed in the technology industry,” said Nick Ismail, editor, Information Age.

Preceding the awards, will be the second annual Women in IT New York Summit at the Grand Hyatt Hotel, with headline sponsor Accenture Security.

To view the whole shortlist and book tickets, visit the event website.