What is diversity hiring? 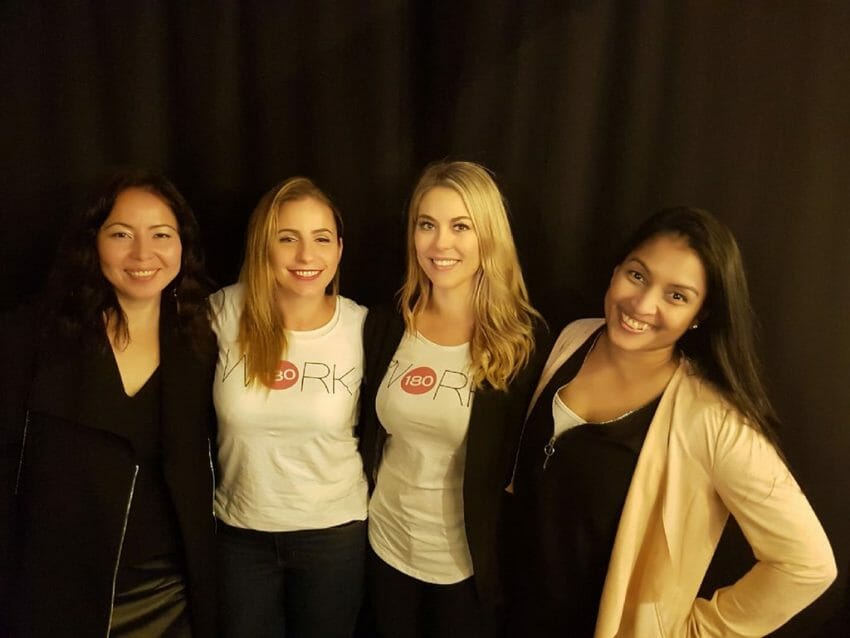 We interviewed Gemma Lloyd, co-founder of the UK and Australia based job platform Work180 to ask, “What is diversity hiring?”

We interviewed Gemma Lloyd, co-founder of the UK and Australia based job platform Work180, in London to find out about the companies first four years, her plans for the future and to ask, “What is diversity hiring?”

My co-founder and I spent about 10 years working in the technology sector. I was in enterprise tech sales and she was in the marketing arm and I had worked for mainly what I refer to now as these “archaic boys club” environments. Entering the workforce, I just thought, well this is what work is like, why would I know any different?

I then joined this amazing company – it was gender balanced, it was age diverse, it was culturally diverse – and that was where I met my co-founder.

There were noticeable differences:

I was offered more money to go back into a boys club and it was a big mistake. I had no idea what the company was like before I joined and I found myself really unhappy after experiencing the amazing company that I was in before. But in hindsight, that’s where I had the idea for Work180.

A place where employers support women

I thought to myself if only there was a place where women could go where they knew these were the employers that were really going to support them? At the same time, how do we actually drive change and influence employers to improve?

That was where the concept of Work180 came from, a job platform where all of the employers are pre-screened on policies and initiatives around providing equal opportunities and specifically supporting women to ensure diversity hiring was taking place.

A platform for everyone

Anyone can apply through the platform so we don’t discriminate, I know one guy has got a job through our platform and he said in the interview, “I know I applied through Work180 but I just love the values that your company has” and the employer, which was a university, said, “That’s great, you’re the type of person that we want.”

Work180 is a place where women can go and know that they’re welcomed because there are so many employers out there that are these massive boys clubs. The criteria that we screen employers on are gender neutral and that’s what we push for, we want gender-neutral parental leave, gender-neutral flexible working and we ask for other diversity frameworks as well such as BAME and LGBTI. We do take all that into consideration.

Half per cent staff turnover in 4 years

I think Work180 is actually a prime example of a good employer, we have a half per cent turnover rate and we’ve been around for almost four years.

We obviously have a very engaged, happy team and it means that we saved money in hiring and training people and the productivity of our team because they’re so engaged and happy is phenomenal.

Getting the right talent

The first question that I ask in an interview is, “Why did you apply for the role?” If they can’t say anything that’s specifically related to Work180 I don’t continue the interview anymore, so they have to really believe in our core mission to join in the first place. It might be because they have kids or a daughter because they are a woman who’s experienced what I’ve experienced in the workplace. It might be men who’ve got a wife that has been through some hard times or even men from other diverse backgrounds that just believe in what we’re trying to achieve around paid leave.

Work180 is very outcome driven. Everyone works flexibly, we don’t care if you’re at a desk from 9-5 as long as the goals are met. When we thought about our mission and our values it is designed by the entire team and engaged with all of them, we have a naturally organically very, very diverse team. We’re very culturally diverse, we’re very age diverse and gender balanced and that wasn’t purposeful, it was due to our diversity hiring recruitment practices.

We’ve bootstrapped to 11 employees and raised our first million dollars in capital to launch into the UK in London with a small team on the ground, and we’ve got employers onboard such as Microsoft and HSBC. We’re just about to close another round and launch into New York, which is really exciting, and I’ll move there in August, then it will be San Francisco after that and then we’ll evaluate the other markets.

We aim to be the number one job platform for women and diversity hiring by 2022 and also to be the global standard of what a good employer looks like.