What does an engineer look like? Exploring bias in British engineering 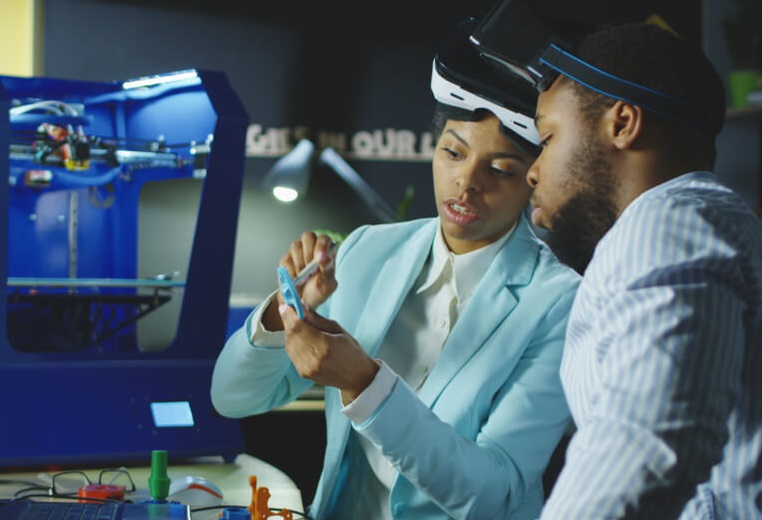 Greater recruitment from non-white backgrounds is not just ethical, but essential.

Almost a third of all engineering university graduates come from a non-white background, yet this number is not reflected in recruitment

The most recent figures reveal minority ethnics to be disproportionately underrepresented — at a figure of just under 9%. This number also lags behind the estimated 14% of non-white people living in Britain of working age.

Given that British engineering is still haemorrhaging employees, a greater drive in non-white recruitment is not just ethical, but necessary to address the shortfall crisis. But to be successful, the engineering sector must look inwards on itself, and address some long-standing assumptions.

Some studies have suggested that the engineering sector might exhibit more unconscious racial bias in comparison to other industries. While similar studies have shown that non-white engineering graduates take 20% longer than their white peers to find a relevant job.

There may be other factors at play that aren’t completely understood or known about. But the evidence suggests that, by a lack of representation, non-white engineering graduates struggle for employment either because employers don’t feel they “look” like engineers, or because they do not feel like they belong.

This latter argument is buttressed by the fact that a scant 0.05% of engineering board members come from a minority ethnic background, at least according to the Association for Black and Minority Ethnic Engineers (AFBE).

There are several attempts underway to try and close the ethnicity gap. Leading the charge is the Prince’s Responsible Business Network (PRBN) with its Race at Work charter, which is a sort of calling for companies to openly commit to ending racial inequality.

Then there are several other practical decisions that may help employers to think differently and more inclusively.

Some initiatives involve replacing experience-based interviews with strength-based ones. The thinking behind this is that white graduates are more likely to know a colleague already within the industry and will be able to garner some experience that way, putting minority ethnics at a disadvantage. A strength-based interview is an attempt to level the playing field.

Others initiatives include unconscious bias training, and reverse mentoring schemes — whereby a young person of colour is hired to work with senior members of staff to promote a greater understanding of other viewpoints.

Lesser prominent schemes include the introduction of e-learning tools to develop diversity training, along with creating a more open work atmosphere so that workers can voice their concerns anonymously if they face discrimination.

The initiatives have not been without their critics, however. The most common complaints fear that greater non-white recruitment will become a tokenistic and quota-driven exercise, favouring skin colour over talent or passion.

But criticisms like these have been tempered by the realities — that the ambition is only to widen the pool of candidates considered for the role. This can hardly be a bad idea, as on a meritocratic basis only the most appropriate persons will be taken on anyway.

By widening the pool of candidates, greater minority ethnic representation will (or should) become the norm. And this should set the ball rolling for more workers from a non-white background to gravitate towards the sector naturally.

Aside from helping to plug the massive shortfall in UK engineering recruitment, the evidence suggests that there are some additional financial benefits to diversifying the sector.

For example, one study by the consultancy firm McKinsey, suggests that companies with diverse workers tend to make more in profit than their other, non-diverse counterparts. This could signify that people of different backgrounds carry with them different outlooks, that can be utilised to penetrate new markets, stagnant ideas, and to deliver new perspectives. (This is not limited to racial diversity, gender diversity is also more lucrative.)

Aside from that, the PRBN estimates that race equality in the UK could boost the UK economy by up to 1.3%, a figure amounting to around £24 billion a year.

People of a minority-ethnic background are projected to make up a third of the UK population in the next few decades, so clearly the process of integration will be ongoing — but much work still needs to be done.

Not every company will have the resources to replicate the initiatives that some of the larger engineering firms are already implementing, especially when those implementations are large-scale policies that may not be entirely inexpensive.

But with a desire to learn and to adapt, support networks, such as the aforementioned AFBE and PRBN, are out there to help bring about change and lend resources. So even if things do not move quite as fast in the smaller businesses, they will nevertheless have the option to get moving. Expect unconscious bias training, strength-based interviews, and reverse mentoring to pick up the pace in the next decade.

By Eliza Cochrane on behalf of Viking Extrusions.