Values are key to building a strong, diverse and inclusive culture 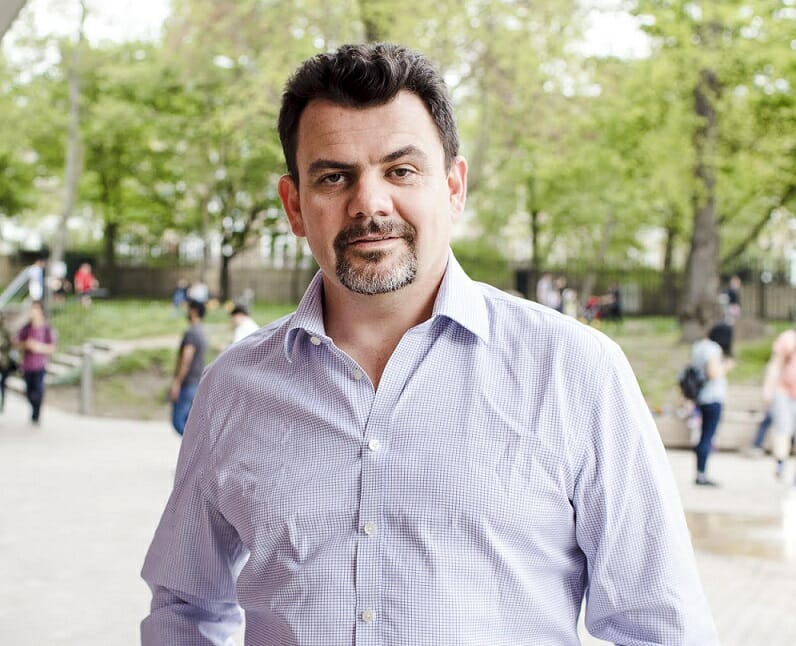 Brett Putter, founder of CultureGene, a company culture development consultancy and author of Culture Decks Decoded, believes that values are the foundation for recruiting and retaining a talented and diverse workforce.

What inspired you to set up CultureGene?

Previously, I ran an international executive search boutique out of London. We worked with high growth, early stage, companies helping place their senior executives and my focus on culture developed from those experiences. I was lucky enough to work with three companies in succession where the CEOs had a very clear idea about the company’s culture and values.

The searches that I ran for those companies ran much more smoothly and arguably had better results. This got me thinking about the importance of company culture and I started to ask other companies about their culture and values. Most of the CEOs I spoke to hadn’t spent the time defining their company’s culture and didn’t know what their values were.

I started really digging down into the area of company culture and since then I’ve interviewed over 45 CEOs of high growth companies to understand how they embed their culture, which I’ve blogged about on my website, Fortune and Entrepreneur Magazine.

What sort of companies does CultureGene target?

Traditionally we work with high growth companies that are preparing to double or triple their staff in the next 12 months. These companies are venture-backed and have recognised an opportunity to build a tremendous business. The challenge with these company CEOs is they often don’t have the time to really think about and apply their minds to building a strong culture.

How big are these companies?

The sweet spot seems to be between 20 and 100 people and the sweet, sweet spot is around 50/60 people with plans to scale the team.

Does diversity and inclusion feature when you talk to them about developing their culture and values?

It’s not an issue for a lot of the companies that I work with because they are quite diverse and inclusive from the get-go. I find with female CEOs that they obviously get it and there are some male CEOs who do understand the advantages of having a diverse and inclusive environment but it’s not a high priority for the majority of startup businesses I work with – survival, and growth are the main priorities.

But, don’t those companies recognise that recruiting a diverse pool of people will help them to reach different types of customers?

No because most of these companies are working on quite complex technical problems. The technology challenge needs to be solved first. For most companies diversity isn’t important, finding the smartest and most capable people is. If they all turn out to be white men from the same university that’s too bad. These companies are at a very early stage, so they’ve not yet realised how necessary it is.

But the cleverest person might not come from the same university so wouldn’t it make sense to widen the recruitment area?

I would agree with that. It’s just easier because there has to be a balance between finding the smartest people and also those who naturally fit the culture, especially in the early stages. If you’re all studying machine learning at Cambridge you already have personal and professional similarities that you can start to build a culture on.

Given that we’re all about trying to dispel that myth and trying to open all sorts of workplaces to different types of people, how do we get around that issue?

If you do a good job of defining your values they stay pretty constant over time. Hiring for values fit means that it doesn’t matter how a person looks or sounds, what their background is, which school they went to, where they came from because if their values align with the company’s you know they will fit into the team you are building.

So, hiring for culture fit is a form of unconscious bias?

Exactly. If they can do the job and demonstrate clearly that they fit the values it doesn’t matter if they’re male, female, black, white, Harvard, Oxford etc. You know that there is a strong chance that their natural behaviours will fit in with the expected behaviours of the company. Hiring for values fit removes the unconscious bias.

By hiring for values you’re building a business that is scalable because your values are who you are as the founder, or the founding team and the types of values you want people to have when they work with you. Next Jump, a company recognised for its culture in the book An Everyone Culture written by Robert Keegan and Lisa Lahey, hire for values fit and it is one of the most diverse and the most inclusive company I’ve come across. Because of the way they hire for values fit the don’t have to be deliberately diverse or inclusive, they are naturally.

So, you start with the values first and build the culture around them?

Yes, because your values are your DNA. They drive your behaviours and so you want people who will behave in a similar way to you and your team. For example, if you don’t believe in micromanagement, you would not expect the people who worked with you to want to be managed like that. So that requires you to hire people who accept responsibility and are autonomous, which in turn describes the values that are important to you.

Autonomy, responsibility, getting stuff done are important values to me personally and I would expect to work with people like that. It changes the interview and eliminates the questions about what university you went to and what degree you got.

Given that change starts at the top, how do we get CEOs and boards to make that shift to values first?

This is a difficult one for me because the CEO and the board, and here I’m talking about larger corporate companies, are is probably going to be a bunch of older, white men running the business the way they have always done. And changing that is hard. It’s something that may have to be mandated by law because you’re not going to ask these people who are in their mid to late fifties or early sixties to suddenly see the light.

I think may come from the lower levels. Millennials are concerned about purpose, values, mission, fairness and fulfilling their potential. If they are asking these questions then I think that it might travel up to the senior management and the board.

So, it does have to come from the senior management team  or board level and as you say people at the lower levels have to start making a little bit more noise about what they want, how they want their company to perform?

Salesforce’s 650 employees signed a petition to stop the company selling to the Department of Homeland Security because Trump was separating migrant kids from their families. Now, if all those people are engineers, each at least worth $1 million to the company, that’s $650 million worth of people who are demonstrating how unhappy they are. They are essentially saying “We will leave if you don’t change what you’re doing because we signed up to this culture with an implicit understanding that you will behave in a certain way.” I believe that employees have more power nowadays to impact the company.

Is there a stronger, more constructive way to get the message across, rather than waving a banner?

Waving a banner can work if there are a large enough group of people. At the end of the day companies like Google, Facebook and Salesforce need to retain their employees.  They recruit the brightest and the best people, who are an incredibly valuable asset to them. So, if people start leaving because they’re unhappy with the culture and unhappy with the way the company behaves, those companies are in trouble.

When talking about diversity and inclusivity, it’s mainly the inclusive bit that people struggle with. Do you have any tips for including the workforce fully?

Actually, I think that inclusivity is the easy bit because if you build a culture where feedback is encouraged and sought after, internal communication is strong, and senior management really want to develop and grow their people, then it’s natural that the environment will be inclusive.

High growth technology companies are technology focused and they end up employing more men, so their challenge is more on the diversity side versus inclusion.

Finally, what are you working on next?

I’m working on another book, called The CultureGene. I started writing it before Culture Decks Decoded but I hit writer’s block. Culture Decks Decoded was initially a little side project, which scaled into something much bigger. So, the next step is for me to finish the second book and then I’m going to be looking at how I take this forward. I’m thinking of building a training programme for people to go through which could be a six-month or even a year-long programme to work on their culture. But that’s still in the R&D stage.

>See also: How a culture deck builds a diverse and inclusive company culture