The Future Fund loan and its diversity and inclusion dilemma 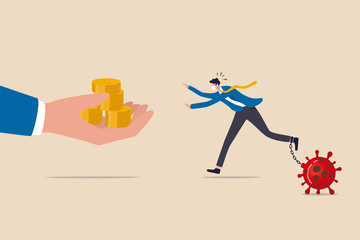 The British Business Bank releases data to address the issue of diversity and inclusion within the Future Fund loan scheme.

The Future Fund, introduced as a scheme to help businesses during the COVID-19 crisis, faced backlash when it was launched in May over its lack of diversity and accessibility to female and BAME founded businesses. In response, the British Business Bank has published diversity data on the companies receiving loans from the Future Fund scheme.

Of the companies that received their Convertible Loan Agreements, 79% of funding went to companies with mixed-gender management teams. However, only three of all 252 loans went to all-female management teams, echoing the original concerns for female-founded businesses when the scheme was launched.

However, since the launch of the Future Fund, more than 30 venture capital firms and angel groups have become signatories to the Government’s Investing in Women Code, alongside the Future Fund.

When the Future Fund was announced, concerns arose that funding would be largely directed to London-based businesses, which the diversity data released by the British Business Bank reflects.

Worth £106m, 45% of all funding approved went to companies whose headquarters are located outside of London. When split, 22% went to the South, 11% in the North, 6% in the East, 3% in the Midlands and 3% to Scotland, Wales and Northern Ireland.

Reflected in the wider market trends for equity investments, London based businesses received most of the funding at 55%. In comparison, the British Business Bank’s 2019/20 Small Business Finance Markets report showed that London received 66% of equity investment by value in 2019.

Out of 623 applications in the first month since the scheme began on 20th May, 252 companies have been approved for £236.2m worth of Convertible Loan Agreements.  At least the same amount has been matched by third-party investors. The Government has made an initial £250 million available for investment through the Future Fund loan scheme and will consider increasing this if needed. Applications will initially be held open until the end of September, encouraging more businesses to apply.

Having led the planning and establishment of the British Business Bank as the UK government’s economic development bank, Keith Morgan, CEO, British Business Bank said: “The Future Fund plays an important role in providing funding for innovative businesses across the UK that are unable to access other forms of funding. While the scheme was not set up to address wider well-known structural issues in the UK’s equity finance market for smaller businesses, I’m delighted to see this early evidence of the diversity in the management teams of the Future Fund companies. I am also extremely pleased to see so many venture capital firms and angel groups have become signatories to the Investing in Women Code, alongside the Future Fund.”