Stemming success and equality: how disability can help STEM progress 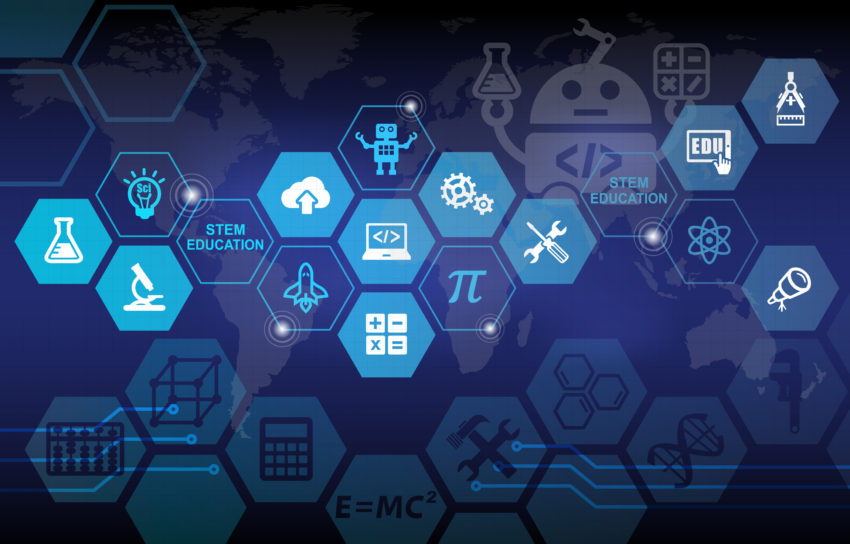 Engineering seal supplier, FPE Seals, take a look at how STEM industries can benefit from increasing its workforce diversity.

Science, technology, engineering, and mathematics (STEM) industries have faced criticism recently over workplace equity and discrimination, including gender, race, and disability inequality. STEM employers have historically been behind the curve in terms of welcoming diversity — in 2017, it was reported that STEM industries had 75% fewer people with disabilities than in the general population, which certainly isn’t representative.

STEM is notoriously competitive and intellectually challenging. According to a report from the U.S. Department of Commerce, STEM careers grew at a rate three times that of non-STEM careers between 2000 and 2010, however people with disabilities have faced challenges in pursuing careers in these fields.

Unfortunately, some employers view disabilities as a barrier. But why? Frequently cited barriers derive from a lack of preparation and accessibility for disabled people, such as access to programs and courses, facilities, appropriate equipment, and acceptance by establishments and workplaces.

In 1973, Joshua Miele lost his eyesight permanently at four years old due to a sulfuric acid attack. Growing up, he wanted to be a physicist, but a family friend said, “He can’t be a physicist because physicists write on blackboards.” Miele graduated with a bachelor’s degree in physics and interned at NASA, sending probes into space. But what if he had listened? The world would’ve been short of a researcher who has been instrumental in developing adaptive devices for blind people.

The unique skills from disabilities

Of course, STEM employers naturally want the most talented and innovative workers in the jobs market. However, their misperceptions of disabled scientists and engineers are categorically causing them to miss out on hiring some of the most skilled workers who can make incredible contributions to progress in STEM and the global economy.

Disabilities come in all forms — some are sensory, physical, cognitive, mental, some are visible, and some are not. Cary Supalo, a research developer for Educational Testing Service who has been blind since he was seven years old, commented: “People with disabilities are innate problem solvers. They’ve had to overcome their challenge, and we […] should allow them to apply their problem-solving skillsets to scientific questions.”

Dr Temple Grandin is a professor of Animal Science at Colorado State University who has autism and has earned a reputation as a prominent speaker and author of animal science. People with autism have important skills that when empowered, can be particularly useful assets in STEM fields. Studies have reported that autistic individuals prove to be advantageous in these fields  — Dr Grandin’s pragmatic approach has helped her succeed in her career, as people with autism tend to be very attuned to details and skilled at sorting data into categories.

Similarly, Ralph Braun was diagnosed with muscular dystrophy as a child, limiting his mobility which became the cornerstone of his career as an engineer. Engineers identify a need, innovate, design, test, and create solutions, which started for Braun when he wanted to improve his mobility. By age 15 he designed a battery-powered scooter and at age 22 he built his first motorised wheelchair. Braun became an entrepreneur and solved some challenges faced by muscular dystrophy by providing unique insights into sciences based on real-life experiences, changing the lives of people with disabilities around the world.

Although it was reported in 2018 that more students with disabilities are enrolling in higher education than before, there’s a retention problem, with few progressing to graduation in comparison to those without disabilities, particularly in STEM degrees. Research has suggested that university faculty members play a key role in establishing the climate in STEM degrees for disabled students, and whether or not they are supportive.

Teaching styles can also be a contributing factor in how welcome disabled students feel, for example students with autism or auditory disabilities can find large lectures difficult to learn in.

It is critical to enrich STEM learning environments to facilitate all students and provide them with the tools and knowledge they need to succeed. Not all students learn the same way, and some may require innovative methods to maintain engagement such as assistive software and technology, physical access to labs, alternative formats of content, learning support, and study aids. Additionally, faculty members would benefit from training to ensure staff are aware of their obligations and student’s needs.

Additionally, employers need educating about the abilities and benefits of people with disabilities working in STEM. Disability advocacy groups can certify people’s competencies for the jobs they’re applying for, however, employers need to understand what this means and to consider the candidate fairly and seriously.

By offering support to those with disabilities, industries can reap the benefits of a diverse and inclusive workplace.

You can find out more about FPE Seals’ and its work in STEM here.