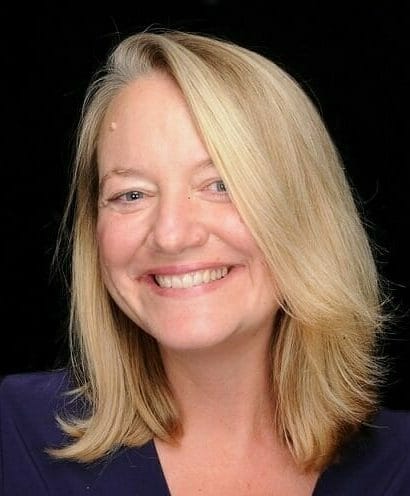 If Joanne Parker, COO of the Chime Group, were to receive a School Report on her efforts to drive diversity and inclusion in her workplace, like many COO's today, it would read 'could do better'.

If Joanne Parker, CEO of the Chime Specialist Group (a division of Chime), were to receive a School Report on her efforts to drive diversity and inclusion in her workplace, like many CEO's today, it would read 'could do better'. Here she openly explains why, and her ambitions to be best in class.

Diversity and inclusion? My School Report, 25 years on…

So here is the honest truth. Only in the last few years have I really had to formalise what I believe and need to do as a leader when it comes to diversity and inclusion in the workplace.

Is that shocking? Yes, but true, and I want to be honest about it.

And to be clear, it is something that I have always believed in, and it is at the core of who I am and have managed businesses based on it.

As a fierce feminist student who ardently read Gloria Steinem and Naomi Wolf’s The Beauty Myth, and spent years in a state of outrage; and as a young businesswoman, making my way in financial services and dealing with daily misogyny and a boss I had to report for harassment (not believed at the time but believed when the next woman who took my role was in the same position), female equality has always been a given for me.

As someone with a long-term Pakistani boyfriend who was beaten up in Leicester Square because we were together, equal opportunity has always been a given for me.

And, inclusion has always been a given for me: as someone who, as a young Mum, had to leave my baby at three months to return to work, and understands how gut-wrenchingly difficult that is (and is proud of the great group of working Mums and Dads who work with me).

As someone who has always recruited and worked with gay colleagues and friends, who told me they had never been able to be themselves at work until they worked here (and is proud of the LGBTQ community I have board sponsored, that is creating new conversations and understanding).

And as someone who wants to help fast track the next generation and so set up a youth board six years ago for our Group to do just that.

Plenty more work to do

But, what I realise now is, it is not enough. Not nearly enough; and if I were to receive a School Report on my effort thus far it would read ‘could’ve tried harder’.

Because as someone who is 53, (yes really!) my work reality is so different from the reality of someone who is 23 or 33 or 43 or 63. The stresses and strains are no harder (the financial crisis was anything but a breeze), but they are very, very different. And the world is more frantic, more demanding than it has ever been and opportunities, shamefully, no more evenly distributed.

But, what has changed for the better is there is now a ‘language’ for this in business, which is really helpful – game-changing actually. Mental wellness. LGBQT+. Social mobility. Gender equality. These are all areas on which companies are increasingly judged by their people and customers – and quite rightly so.

So what should I have done more of whilst I was so busy?

I should have listened more, had reverse mentors, created overt policies to shift the dial more decisively. I should have been more vocal about issues rather than assuming people knew it because they knew me. And I should have measured how we were doing, and then shone a light on that each year. This is what we are now doing.

But, I don’t hear much real honesty in this debate. I see many doing great initiatives, but I do worry about #hashtag-itus. Is change truly embedded? Is it built into processes and companies’ DNA? Or is it skin deep?

I think much more honesty amongst business leaders is needed about where we are today and only then, can we really shift the dial to create lasting change. A hashtagged campaign is nice, but not enough.

So ‘could try harder’ would be my School Report on diversity. It is what I am going to do: try harder in all these areas. And to be honest about that. Who is with me?