Quarter of employees believe bullying and harassment are overlooked 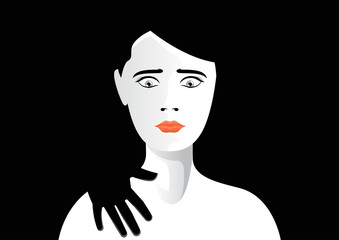 CIPD's new report calls on organisations to train managers to be more effective at managing bulling and harassment in the workplace.

A quarter of employees (24%) think challenging issues like bullying and harassment are swept under the carpet in their organisation, a new report from the CIPD, the professional body for HR and people development, finds. This is despite the impact of the #MeToo movement.

The report highlights the critical importance of line management in both causing and preventing bullying and harassment at the workplace. Four in 10 (40%) of those who’ve been bullied or harassed say their manager was responsible, while a third (34%) of employers said one of the top barriers to effective conflict management is that managers don’t have the confidence to challenge inappropriate behaviour.

Only two fifths (40%) of line managers say they have had people management training, leading the CIPD to urge organisations to properly train them, including how they prevent and tackle conflict.

Rachel Suff, senior employment relations adviser, at the CIPD, said Managers should be important role models, set expectations of behaviour around dignity and respect, and gain the trust of their team.

“The number of managers who are being blamed for harassment and bullying should serve as a wake-up call to employers to put training managers at the heart of efforts to prevent inappropriate workplace behaviour.

“Our research shows that managers who’ve received training can help to stop conflict from occurring and are much better at fostering healthy relationships in their team. And when conflict does occur, they can help to resolve the issue more quickly and effectively.”

The report does find evidence that recent sexual harassment scandals and the #MeToo movement have had a positive impact. For example, a third of workers (33%) say they are more confident challenging sexual harassment than they were two years ago.

In response to the findings, the CIPD is calling for employers to:

• Increase investment in people management training for managers, and provide them with specific training to help them prevent and manage conflict at work, such as by having difficult conversations.

• Encourage a speak up culture with a clear complaints procedure that’s well-publicised, so staff know how to raise concerns, and who to turn to if their manager is the instigator.

• Be aware that there could be times when it’s appropriate to try and resolve the issue informally first, given that bullying and harassment can cover a wide spectrum of behaviour that may, in some cases, be unintentional.

As part of its research, the CIPD also conducted an online focus group with workers who’ve experienced bullying and harassment to better understand the impact it can have. As well as knocking their self-confidence irreversibly, some people said they suffered from stress, anxiety, insomnia, heart palpitations and suicidal thoughts.

• One in 10 people report being bullied or harassed via email or social media, and/or by phone or text.

• Being undermined or humiliated in their job, receiving persistent unwarranted criticism and getting unwanted personal remarks were the three most common forms of bullying and harassment.

• More than half (53%) of people who’ve been bullied or harassed in the last three years did not report the latest incident.

“I had to have anti-depressants and counselling. I still can’t go to the town where I worked because of panic attacks.”

“Fear is the biggest factor. You’re singled out when something happens to you and it’s having the strength and confidence to see what can be a long and tiresome process through to the end.”

“I took a job that probably pays less than I am capable of because of anxiety.”

Alongside the report, the CIPD has produced a new guide for people managers on how they can best manage conflict in their teams.