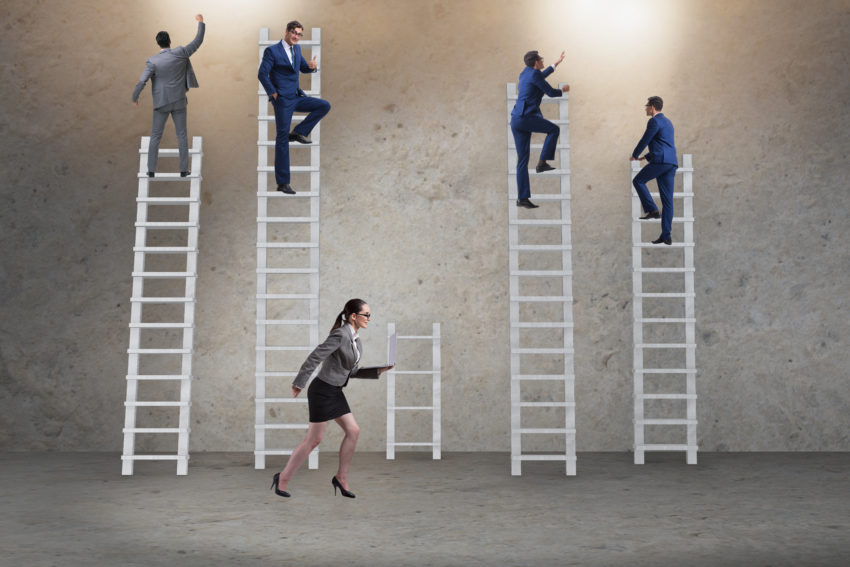 Figures obtained from HM Revenue & Customs under the Freedom of Information Act show that men are 4.6 times more likely to earn the highest salaries in Britain, according to a report in The Times.

Men are more likely to earn more than £150,000 a year, the threshold for additional tax rate payers, fuelling the UK’s gender pay gap. That figure rises above eight times for those earning £1 million or more.

The disparity is due to the dominance of women in lower paid sectors, such as hospitality and retail, preventing them from earning the highest salaries, said economists briefing The Times. About 90% of female taxpayers earned below £50,000 in the 2017-18 financial year. For men that figure is 81%.

A recent analysis by the Institute of Fiscal Studies found that women were about a third less likely to work for one of the top fifth most productive companies. The figure worsens significantly when women enter their mid-30s.

Researchers pointed out that women often switch to part-time work after having children or start working closer to home. This caps their job and salary prospects in middle age.

Agata Nowakowska, AVP at Skillsoft: “This shows exactly why we need to maintain a stark focus on gender parity.

“Employers must ensure every employee has the opportunity to expand their role towards higher-paying positions. This could mean reviewing how your organisation views maternity and paternity leave or facilitating professional development. Above all, it’s about making a continued, concerted effort; meaningful change cannot occur overnight.

“Resolving gender disparity is complex and is made more so by the severity of the global crisis. However, recent reports clearly show that the effects of disparity are also complex and wide-reaching. Beyond the financial implications, three-quarters of those most at risk of actually catching coronavirus are women, with the jobs most at risk – in the lowest-paid roles – almost entirely staffed by women.

“Now more than ever is the time to support them. In normal circumstances, pay gap reporting enables companies to actively recognise and work towards improving the gender pay gap, acting as a benchmark for the entire organisation. But it also goes further, helping employers show their workers they are supported and that the organisation remains conscious of their role in working towards equality.”

Businesses originally due to report on their gender pay gap by April 4, for the year ending 2019/20, were given respite in March to put all their efforts into managing the impact of the COVID-19 pandemic

Under normal circumstances, due to Government regulations that came into force in April 2017, around 10,000 employers with over 250 employees are required to report their gender pay gap data. This is the difference between the average earnings of men and women at a company and not the same as equal pay, which demands that women and men are paid the same for the same work.