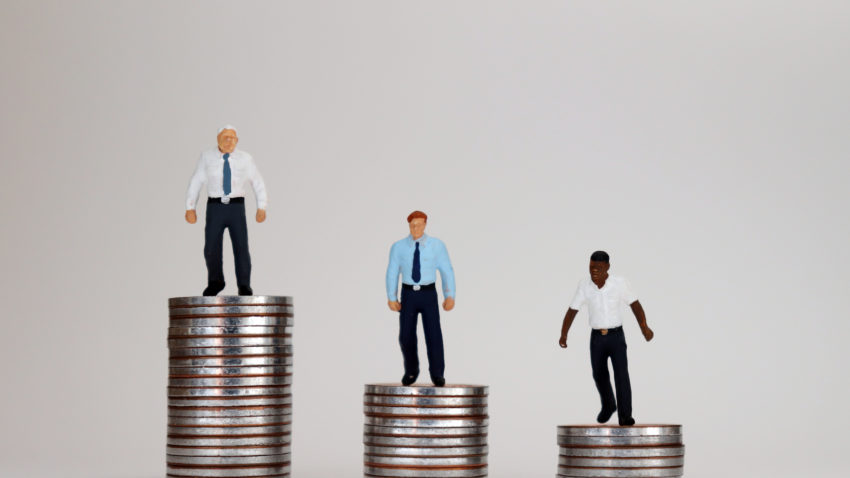 Using data from April 2019-2020, Lloyds Banking Group has published its first ethnicity pay gap report – also becoming the first of its peers to do so.

The report published its black, Asian and minority ethnic (BAME) pay gap, showing a 14.8% median difference, while the bonus pay gap stood at 32.5%. Black employees have the largest pay gap at the banking group, standing at 19.7%.

The bank says that the large gap is due to the lack of black staff in senior roles, as black staff make up just 1.5% of their total workforce and a mere 0.6% of their senior employees.

On the ethnicity pay gap report, the banking group said: “We’re publishing our data because it is the right thing to do and we’ll continue to share this annually so we can track our progress and continue to take action to narrow the gaps that exist.”

Early this year in July, Lloyds banking group launched their Race Action Plan, detailing the steps that they will take “drive cultural change, recruitment and progression across the Group, and looking beyond ourselves, also to support Black communities.” As part of the Race Action Plan, the banking group pledge to annually release their ethnicity pay gap information.

In response to the alarming findings, Professor Binna Kandola, business psychologist and co-founder of Pearn Kandola, has issued the following statement:

“We keep hearing from companies that the race pay gap is driven by the higher number of non-BAME employees in senior, better-paid roles, which suggests that people are being paid the same, regardless of race. Minority and majority staff simply happen to be doing different jobs – and so it’s nothing to do with racism. This complacent theory forces us to ask another question: why are the majority of BAME people not achieving the same opportunities as their white colleagues?

“Considering that white people fill most senior roles, this would suggest that white staff are given preferential treatment and can climb the ladder more quickly. For example, research has shown that minorities are less likely to be given timely and accurate performance feedback by managers. This happens partly because managers are wary of giving negative feedback for fear of being accused of discrimination but might also reflect a lack of concern about improving the person’s performance and developing them further.”

To combat bias in their company culture, Lloyds has set up a Race Advisory Panel, made up of 23 BAME colleagues, to inform and influence their diversity strategy.

Bias is holding diversity back, continues Kandola: “While the best organisations will try to be more systematic in assessing and evaluating performance, bias still penetrates these processes. Rarely are organisations willing to confront the fact that the problem is the people operating the procedures.

“None of us are as objective as we believe we are, and none of us want to believe that we make judgements about people based on their ethnicity. As a consequence, minorities are more likely to be found in roles which have fewer progression opportunities and which ultimately pay less.”