Is an ageing workforce good for schools? 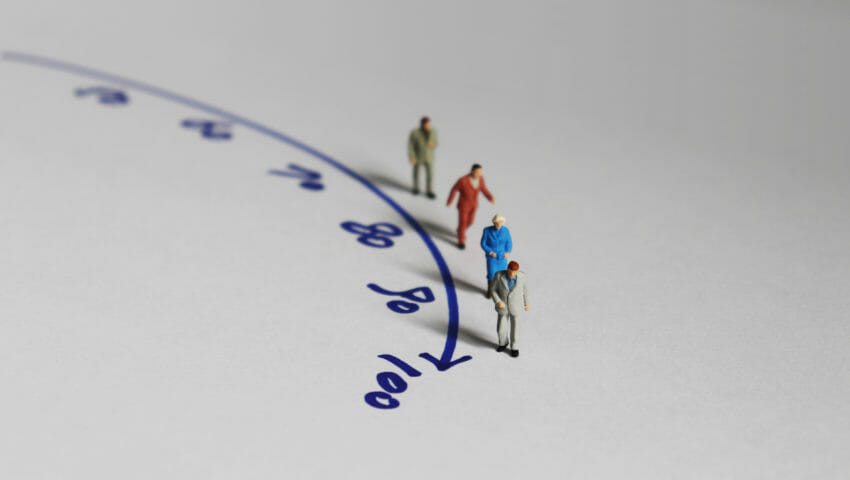 According to the Office for National Statistics (ONS) figures, the population of the UK is getting both larger and older resulting in an ageing workforce.

As well as finding that the nation’s population reached its highest ever total at 65.6 million in 2016, the ONS also acknowledged that 18% of those living across the UK were 65+. What’s more, 2.4% were 85+. However, will an ageing workforce prove beneficial or a hindrance to the nation’s education sector though?

How do schools and workplaces approach the ageing workforce?

A lot of organisations across the UK seem to be unprepared to take on an ageing workforce, based on the findings of a survey of 500 UK employers which was published by the Centre for Ageing Better. In fact, 24% of those involved in the study admitted that they weren’t ready to welcome a growing number of older workers and only 20% were currently discussing an ageing workforce strategically in the workplace.

Twenty percent of the employers who were questioned noted that managing age diversity in the workplace proved a challenge. Meanwhile, 12% of older employees felt uncomfortable carrying out tasks under younger managers and 10% said the same when the roles were reversed. However, just 33% of the employers involved in the survey stated that they were looking to manage age diversity by giving training, guidance or support to managers in their business.

Patrick Thomson, from the Centre for Ageing Better,  commented: “The UK workforce is changing — and employers need to catch up. Improving policy and practice, tackling age bias and creating an age-friendly workplace culture is vital to ensuring that people can work for as long as they want to.”

Prime Minister Theresa May shared similar views. During her speech on science and modern industrial strategy, the PM stated that employers across the UK have to play their part in meeting the nation’s “grand challenges” when it comes to supporting older employees. She pointed out that these members of staff have the right to “enjoy the emotional and physical benefits of having a job if they want one”.

One person supporting the views of the PM was the Centre for Ageing Better’s chief executive Anna Dixon. She underlined: “As we live longer, we also need to work for longer. All employers need to adopt age-inclusive practices. Too many older workers are leaving the labour market prematurely at great cost to them personally, as well as the state.”

There will, unfortunately, be issues when you have an ageing workforce in a school or other type of business. Depending on the job, for example, some employees will be required to work differently or in another type of capacity as they get older — employers should, and sometimes may be legally obliged — to support these changes by providing older staff members with alternative arrangements or opportunities to develop and learn new skills.

Views on retirement have changed quite significantly across the UK too. While in the past it wasn’t uncommon just to finish your 9-5 job and retire immediately, now a lot of older members of staff are looking to scale back their hours and reduce their number of responsibilities in the workplace gradually as they approach, and sometimes go past their retirement age. Employers should be aiming to support employees if this is the path they want their career routes to take.

“Employers who help their staff to make plans for their future career and retirement at an early stage, including consideration of flexible retirement options, have the most success in retaining older workers and enabling them to work effectively,” NHS Employers also pointed out.

The following findings of a survey by trade union members of the NHS should help those in charge of running education establishments to pinpoint some other key issues regarding having an ageing workforce:

>See also: Why businesses will miss out by not hiring older staff

Having an ageing workforce at your education establishment provides so many benefits. For instance, people who have been at a company or even just within an industry for a long period of time will, obviously, bring so much valuable experience and knowledge of a firm’s products and services. This expertise can be shared among older members of staff to individuals who are just taking their first tentative steps into the world of work.

There’ll be so many different views given by a team filled with individuals of various ages too. This diversity should deliver a company with plenty of fresh perspectives, a whole host of ideas, and problem-solving tactics that probably would be missed if only one generation dominated a workplace.

>See also: Why the future of business is in the hands of older workers

This quest article was provided by Acorn Stairlifts.