How to use inclusive language at work 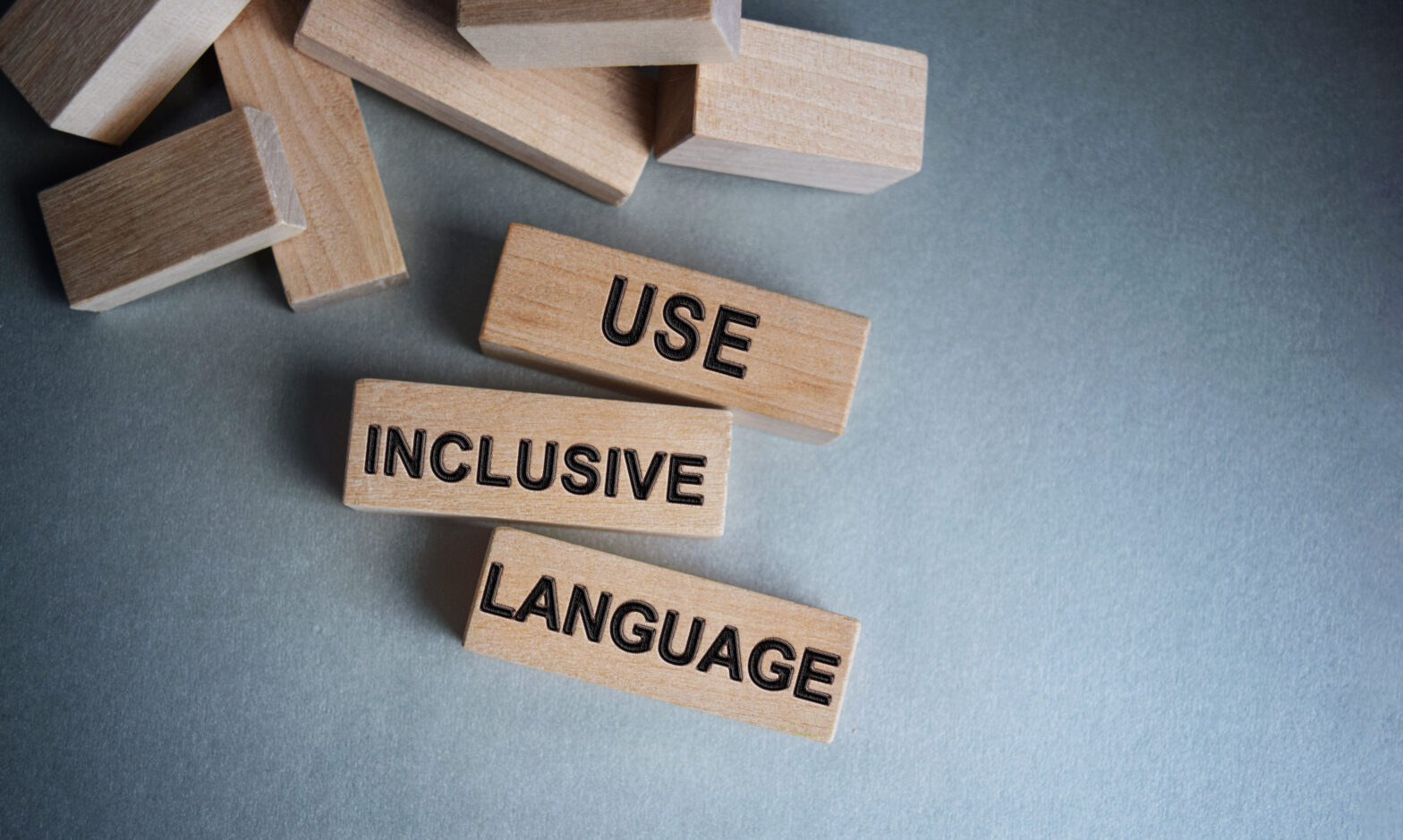 Employees may be using non-inclusive language without realising it.

Here, we break down inclusive language use for minority groups

Having diversity, equity and inclusion (DEI) policies in place won’t automatically create belonging for minorities in the workplace. Policies are one safeguard against inequality, but discriminatory behaviour, such as non-inclusive language, can render them obsolete.

Inclusive language and why it matters

While the inclusive-language conversation began around gender-related and sexuality topics, leaders and their employees must adopt inclusive language across all protected characteristics. This includes race/ethnicity, faith, disability and neurodiversity, working parents, social mobility, mental health, and age.

Inclusive language should be a core aspect of workplace communication as it directly impacts wellbeing, psychological safety and belonging at work, especially for minority groups, with inclusive language use also likely to aid in workplace productivity and talent retention.

Non-inclusive language use at work could be seen as signs of bullying or even direct discrimination and could risk a potential lawsuit.

Here’s how to use inclusive language for various protected groups in the workplace. Of course, this list is not exhaustive, and firms must engage with minority staff to understand how they would like to be addressed on topics that concern their identity.

1. Being LGBTQ+ and gender-inclusive

Do use: gay, heterosexual, team, folks, everyone, ‘the other sex’

When referencing sexualities, use terms like ‘gay’, and avoid homosexual, straight and queer. Homosexual can be read as alienating and stigmatising today. Non-gay people are heterosexual; avoid straight as that can imply that gay people are unusual or ‘other.’

Even though queer was once offensive, it has been re-adopted by the LGBTQ+ community; however, people are individuals, and some may still find it offensive. If you’re not LGBTQ+, it’s best to avoid using this word.

When using gender-inclusive language, avoid using ‘guys’ when greeting team members. Doing this enforces a male-dominated culture and can also cause offence to those who don’t identify as male, including women, transwomen and non-binary individuals. Instead, greet colleagues as team, folks, or everyone.

Don’t use ‘the opposite sex.’ This is offensive, as it implies you think there are only two sexes, leaving out intersex people. It is better to use the term ‘the other sex.’

There are wide debates around whether sex and gender should be understood as one or held apart. The discussion is diverse and complicated, so avoid using any language around sex and gender that creates a binary and makes you appear non-inclusive in your thinking.

Do use: Black, people of colour, BAME, BIPOC

The term coloured is racist; instead, many people today use the term people of colour; however, some non-white individuals might argue that everyone has a colour of some description. Another term is brown people; some non-white people might refer to themselves as such, but people who are white should avoid saying it altogether.

Some Black people might refer to themselves as African-American in the US, although many prefer Black due to their African heritage being eradicated through slavery. Black can be seen as an inclusive umbrella term as there are also Black communities who have come to the US more recently and from a diverse array of regions and cultures.

In the UK, BAME, which stands for (Black, Asian and Minority Ethnic) is often used as an umbrella term for non-white communities. However, be aware that some might feel that this is lumping together people of colour from very different cultural communities.

In the US, the acronym BIPOC is used to describe Black, Indigenous, and people of colour. However, like BAME, be aware that some people from these communities might not feel they should be included with so many others.

When it comes to using language that is inclusive to racial and ethnic minorities, like with other underrepresented workplace groups, it’s best to ask these groups what they prefer. This could be achieved via surveys, informal check-ins, or during workshops and team calls on the topic of inclusive language with key interventions from leaders and other staff from ethnic minority backgrounds. Firms can do the research and collect their data internally to find the most inclusive ways forward.

Do use: persons with disabilities, wheelchair users, ‘people with’, neurodiverse, learning differences

Handicapped is offensive and implies that the individual has ability issues when really they might just need certain adjustments to perform in the workplace. Wheelchair-bound is also non-inclusive as some wheelchair users may not need to use them all the time, while it also stigmatises people as being defined by wheelchair use.

Avoid contributing to ableism, where people are defined by their disabilities and seen as less inferior to non-disabled people, by not using the term ‘able-bodied’ to describe people without disabilities in the workplace.

People with learning differences, such as autism, ADHD and dyspraxia, should be called neurodiverse, as some may feel that neurodivergent stigmatises them as outside ‘normal groups.’ Neurotypical, those without neurodiverse conditions, could also be non-inclusive by suggesting that neurodiverse people are abnormal by extension.

Also, use learning differences instead of learning difficulties to emphasise the diversity of experiences without stigmatising them. There could be workers masking, which means hiding their conditions due to fear of discrimination, so ensure they can access the right support at work by using open and friendly language.

Mental health affects everyone, and its language should acknowledge this fact, not stigmatise it, and avoid any positive or negative connotations – it’s simply a reality.

You can use mental health conditions or people with; anxiety/depression etc. Avoid the stigmatising nature of calling it mental illness.

4. Being age and social mobility inclusive

Avoid: old – and anything that stigmatises people via class

People are working longer, and there is a more age-diverse workforce than ever before. There is nothing wrong with ageing, so avoid the discriminatory ‘old’ in favour of older, diverse age groups, age-diverse, or even mature to describe cohorts of older workers.

To ensure socially inclusive language, you can refer to those with diverse socio-economic backgrounds, meaning not just those who went to fee-paying private schools and enjoyed other economic privileges such as being able to afford university.

Avoid class-based definitions, as this can tap into the UK’s outdated views on social hierarchies that unfortunately still exist across many spaces today.

However, if someone from a less-advantaged socio-economic background wants to refer to themselves as working-class, for example, they can and should be able to. Just don’t refer to other people as such if you’re not from that background.

5. Being inclusive of religious minorities and ‘parents’

Do use: communities or people, first names/given names, caregivers

When asking for staff members’ first names, don’t ask for their Christian names as there could be people from other religious groups, including those who aren’t religious at all, who could feel offended. Instead, ask for their first name, forename or given name.

You might also want to capitalise the names of religions and religious groups in written communications and related materials, as this shows respect.

When discussing groups that follow a specific religion, you can call them a community, such as the Muslim community or Muslim people. This humanises religious groups and reminds us that they are a cohort of people in the workplace that deserve inclusion and respect, just like any other.

For being inclusive to working parents, be mindful that while some working parents might identify as such, others might be caring for children who are not their own. Here, calling them caregivers is more appropriate. 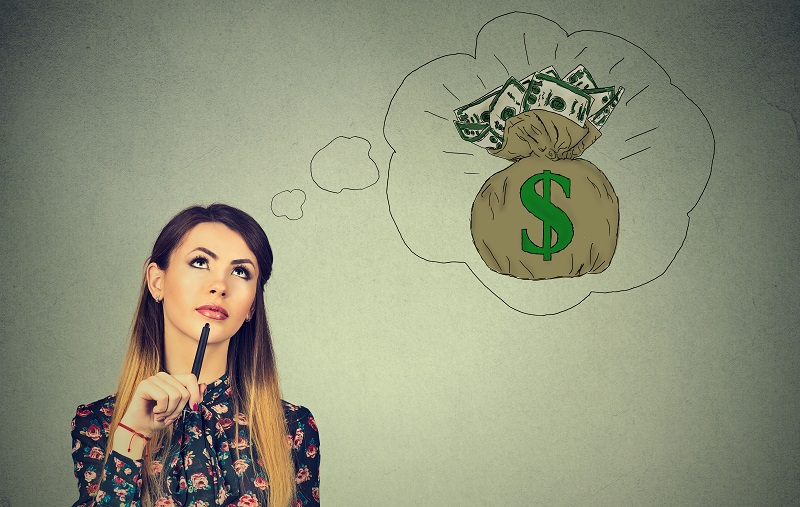 5 expert tips to help you negotiate a higher salary 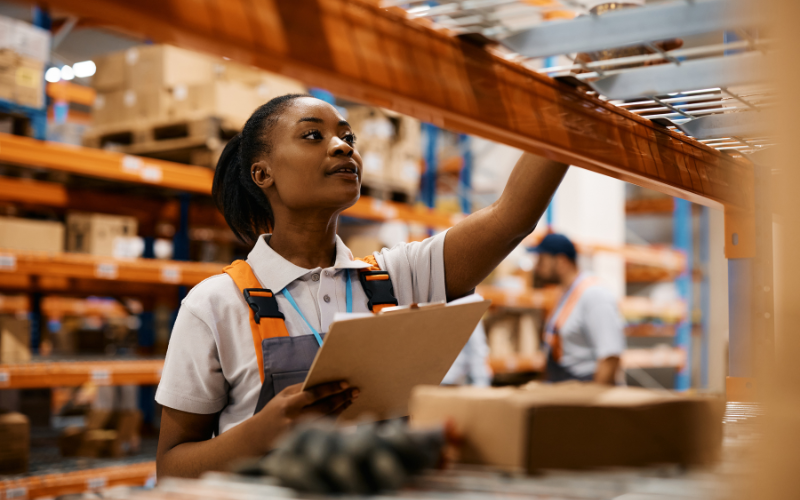 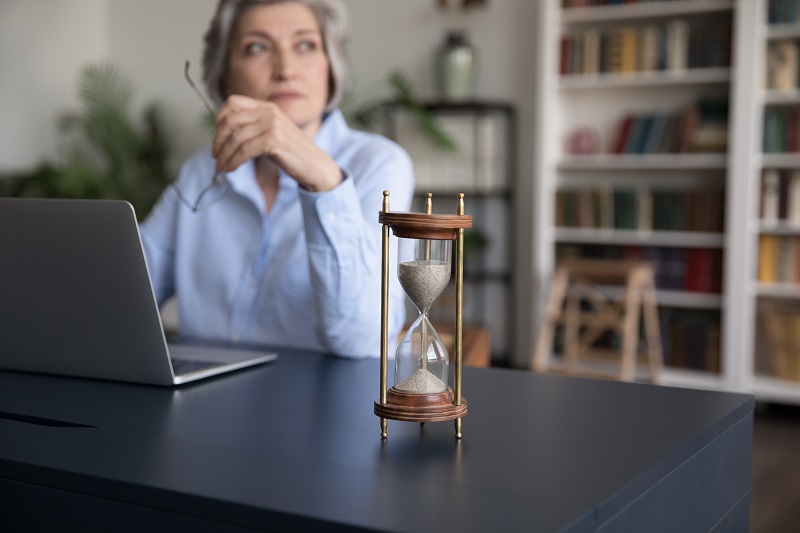 Steps employers can take to halt the ‘great retirement’

…with many facing a skills shortage and struggling to recruit talent