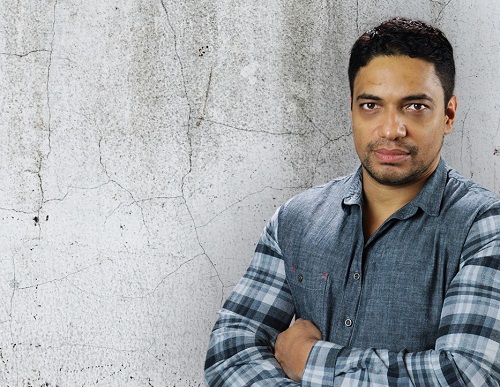 Piers Linney got where he is today through hard work and determination. He talks about the importance of recruiting diverse talent, supporting SMEs and being a role model.

Society will never be fair until the bottom of it looks like the top – that’s the view of business entrepreneur and diversity champion Piers Linney.

He strongly believes that diversity is good for business and argues that recruitment processes need to embrace diversity in all its forms, including diversity of thought.

However, he warns against having quotas in business which, he says, “can lead to the law of unintended consequences”. Instead, it’s more important to get down to the grassroots and “look at schools. You have to make sure that young children are equipped for the labour market of tomorrow.

“It’s still taking too long to see that conscious and unconscious bias broken down. So, for me, it’s important to be a role model that people can see people who look like them and with similar soci0-economics backgrounds so that they aspire to go into professions or business, or whatever it might be.”

And what a role model Piers has proven to be. With a high-profile CV that’s as impressive as it is extensive, he embodies the phrase, ‘been there, done that, got the t-shirt’.

Piers has a background in law, investment banking and fund management. He’s an adviser, a non-executive director of the government’s British Business Bank and is a trustee of Nesta, the UK’s innovation foundation. Piers was one of the dragons on TV’s ‘Dragons’ Den’ and appeared on ‘The Secret Millionaire’.

He passionately believes in the importance of SMEs to the success of the UK economy and uses his experience and knowledge to support them. That includes representing them at Cabinet Office committees and at TechUK. Aspiring business can follow his advice on his LinkedIn page and YouTube channel.

It’s a long way for the boy from Lancashire who was the only one of the 2,500 children in his school from an Afro-Caribbean background. His parents were his role models.

“My mum is West Indian, my Dad was a Mancunian working-class lad who got to Cambridge, which in those days was unheard of,” Piers reveals. “When I wanted to go into business, to be a lawyer, I didn’t know anybody in business or who was a lawyer. I didn’t really know what being a lawyer meant until I got to university. And I didn’t know what investment banking, consulting or hedge funds were until I got to London.”

He explains that kids from wealthier backgrounds, who have gone to the right school, also have the ‘social capital’ so that they understand professions such as law and finance.

“Where I grew up, you just don’t have that access,” Piers argues. “That’s why I did ‘Dragons’ Den’ and ‘Secret Millionaire’ to make sure there was someone like me there.”

What Piers may have lacked in social advantages, he’s more than made up for in sheer determination. He says: “I was one of those people who looked over the hedge and saw a bigger hedge and wanted to know what was on the other side of that one. I kept going and the hedges got bigger and I looked over them. When I decided I wanted to do something, I went for it. But not everybody is like that; some people are told they can’t do it by people like them, so they don’t try.

“It took me 68 applications before I got an offer of a training contract from a City law firm. I found it very hard to get into the City when I got there, there were very few people like me, but t is a meritocracy. But it’s no good having meritocracies if the gatekeeping is so restricted that you can never get in.”

That is why he’s proud to be on the EMpower list because it shows you can be whoever you want to be, no matter where you come from.

Piers has just launched his #Startup with Piers Linney course for start-ups. He explains: “If you don’t have the social capital, the networks, the contacts, the schooling, the understanding of how things work, there’s more friction. It’s like walking in treacle trying to start a business and simple mistakes slow entrepreneurs down or are costly or, worst still, fatal.

“If you have a network that can fund you, help and support you, it helps you get going faster. That’s what I’m trying to do – provide the answers to the many questions I am often asked.  It is designed to help those starting a business or growing a business to do it like they have done it before.”

As part of his drive to inspire younger people, he helped found The Aleto Foundation, this aims to identify future leaders. Many participants in the programmes come from African-Caribbean backgrounds.

Generally, it’s important to make businesses aware – particularly those with fewer than ten employees – that diversity is good for the bottom line and for innovation.

“Small businesses are the majority of employers and there’s no way of forcing them to do anything,” Piers argues. “So, it has to be a process of raising awareness. “

The way to speed things up is for entrepreneurs and top employers to not only embrace diversity but make others aware they are doing it.

“I’m a good example of that – if you embrace diversity and those that are ambitious but perhaps don’t’ tick all of the usual boxes, things can happen,” he adds. “Employers need to understand that from a competitive advantage perspective. They’re doing themselves down by conscious or unconscious bias by recruiting themselves over and over again because they feel comfortable doing it. There’s a lot of talent out there being left on the table and gaining access to it is a competitive advantage!

“At the macro level, there’s an impending skills shortage. So, you have to work harder to recruit people and, if you are limiting your talent pool, it makes no sense.”

It is also important that those expected to provide corporate governance reflect the stakeholders and customers they serve.

As part of being a role model, Piers visits his old school every year and recommends that people in a similar position should do the same to raise awareness and aspirations.

As well as championing business start-ups and diversity, Piers is currently focused on the wellness sector as well as technology. He has just launched a mountain bike business with world champion bikers Dan, Gee and Rachel Atherton. Called Atherton Bikes the company uses the latest 3D printed titanium and carbon fibre.