Gender equality: not in our working lifetime, says new report 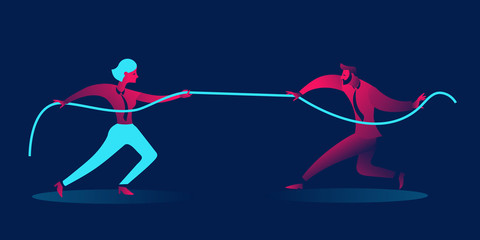 The UK is “generations way” from achieving gender equality, with men still holding most of roles in public life, says a new report.

The 2020 Sex and Power Index compiled by the Fawcett Society, a charity campaigning for gender equality, showed that women are still missing in significant numbers from top jobs in politics, the law and the civil services.

The index also highlighted an “alarming lack of women of colour” in senior positions.

The reports key findings were:

In response to the gender equality report, Helen Jamieson, Founder of Jaluch HR, an expert in diversity and inclusion has commented: “Driving reporting thresholds down is irrelevant if what we’re identifying is a lack of progress in the largest, most senior roles in the UK. For small businesses in particular it will be a pointless burden. If we want change we have to identify the root cause of our incredibly slow progress. Looking at the historical numbers without the context, without looking into the numerous and complex issues is unhelpful.

“If the approach to reporting is from the outset about damage limitation then no one is likely to learn anything as the focus is all wrong. Are most businesses able to rise above the damage limitation mindset to genuinely address issues? Yes, there will be some, but I have no doubt that the individual advocates in business will waste huge energy fighting those on the board who continue to see the focus as nothing more than protection, control, damage limitation.”

Helen added: “No one has ever asked the question: if we truly had equal pay and a level playing field in the UK, could our economy cope? In my view, most businesses would go under.

“Unfortunately, we need women who work for less to sustain our businesses! For example, Gary Lineker today said he wants to jump ship after his BBC pay was cut last year. We can’t afford to pay women the same unless men understand and accept the need to take a pay cut, but with the likes of Gary failing to understand the basic economics of business we continue to put pressure on firms to round everything up. That’s just not economically viable.”

On why men don’t play a more significant role in addressing gender equality issues, Helen said: “In large, men don’t help women solve the gender gap problem because they simply don’t see it. They are genuinely bewildered at many of women’s complaints, so until we address the issue of how to help men see it, we won’t get them on board in sufficient numbers to genuinely change things.

“Unfortunately, when sexism is called out, women are still often accused of being hypersensitive, overly emotional or naive.

“If we really want change we need to embark on a very serious education programme to massively improve people’s awareness and understanding of other people, how they behave, why they don’t like change, gender intelligence, emotional intelligence. No more snapshots or one-hour diversity courses, it needs proper in-depth education – starting at the top.”