Enabling more women to thrive in leadership positions in business 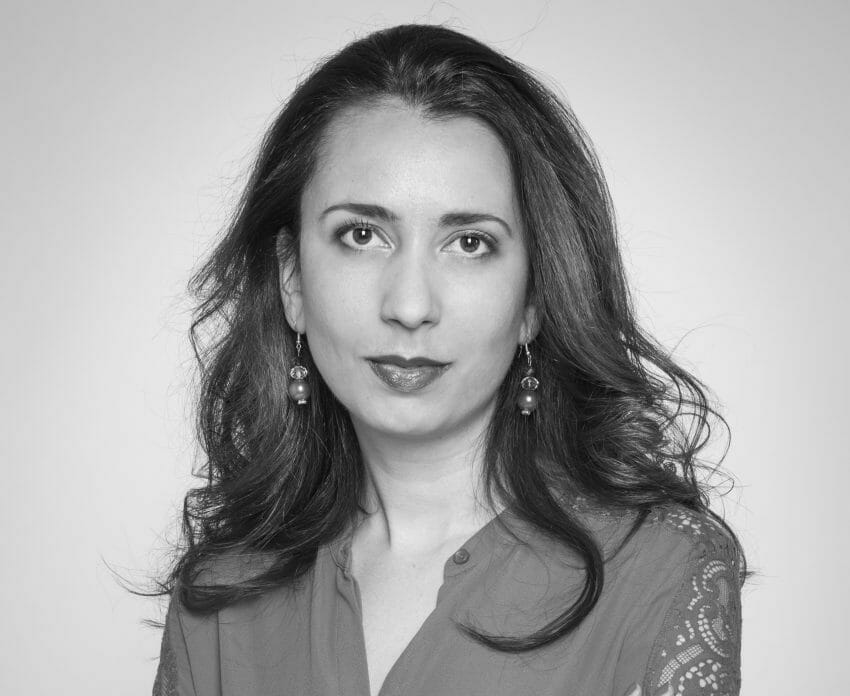 Roxana Mohammadian-Molina discusses what could be done to level the playing field and enable more women to thrive in leadership positions.

Welcome strides have been made in the past few years to increase female representation in leadership positions in business – both in top roles in companies and in the number of female entrepreneurs launching businesses. Yet there also remain significant challenges. One is that many companies have opted to have women as NEDs rather than executive directors – to bolster the appearance of female leadership without making profound changes to their leadership. Another is that female entrepreneurs, must overcome a striking funding gap compared to their male counterparts.

The challenges are probably most evident in sectors such as property and traditional financial services, but also – perhaps more surprisingly – in newer disruptive sectors such as Fintech.

Improving the funding landscape should be a priority

My own experiences have shown me that progress has been made – but also that there are still obstacles that women still need to overcome in leadership and entrepreneurial positions. Early in my career, I was working as a vice president at a UK investment bank in the City. Though this was (and still is) a male-dominated environment, I was confident I could push myself and flourish. I also had a strong entrepreneurial drive. I found a creative outlet by launching a beauty at home business, Zeebba  – a business which grew rapidly until it became a full-time commitment and which I then successfully sold.

As a female founder, it was not difficult to attract funding – perhaps because investors are accustomed to seeing women leading in the beauty sector. But the statistics show that this is not the case in most industries. In the property sector, in my current role, I was part of an executive team that raised £10 million of a late-seed round of financing for BLEND Network last year, and it was clear that having my male colleagues in the team was an advantage and we were taken more seriously. A recent study by the UK VC & Female Founders, conducted for the Treasury, found that for every £1 of venture capital investment, less than a penny goes to all-female founder teams. By contrast, all-male founder teams get 89p, and mixed-gender teams get 10p.

Greater economic value could be added

When it comes to entrepreneurship, the fact that women are missing out on funding has worrying ramifications. For instance, it can be a disincentive to seek external capital. A global survey by the consultancy EY found that as many as 20% of female entrepreneurs had no plans to raise capital – a far larger group than the 3% of male entrepreneurs that answered similarly. This could limit the prospects of female-run businesses as well as the wider economy. One in three entrepreneurs in the UK is female, according to the recent Alison Rose review, which creates the equivalent of a million ‘missing’ businesses overall. The UK economy could add £250 billion of value by bridging this gap.

A question of fairness and financial performance

Women are making progress in increasing their representation in boardrooms, through initiatives such as the 30% Club. This is a campaign for 30% of FTSE 100 boards, at a minimum, to be comprised of women, with the figure now standing at 29%.

Yet there haven’t been the same advances in executive positions. At present, there are only seven female CEOs in the FTSE 100 and nine in the FTSE 250. The consultancy McKinsey estimates women represent an average of just 12% of executive teams in the UK. Even in Fintech, in which I work, and a sector which outwardly takes pride in disrupting the status quo, women hold less than 5% of top executive jobs in Europe’s top 50 firms – with just one female CEO. This is something I notice at industry events and sector conferences as well as in the media that covers Fintech.

This is a question both of fairness and of financial performance. McKinsey estimates that as much as $12 trillion – equivalent to 11% of global GDP – could be added to the world economy by 2025 by having more women in senior management positions.

All leaders – women and men – should be considered for leadership positions and investor funding on their merit: the strength of their ideas, their skillsets, and their work ethic. What companies and business organisations can do is to proactively take steps to level the playing field for prospective female leaders – to foster a climate of equality of opportunity.

Making women in leadership positions more visible would be a good starting point. Female role models in leadership positions at businesses can inspire others to emulate their success if they’re visible and directly involved in the recruitment process. They can also help convince more female entrepreneurs that they are able to obtain access to external funding, in spite of the current funding gap.

Fostering better mentorship networks will also help. Mentoring can provide much-need clarity about the route to the top – not only professionally, but also in terms of how to balance career and life requirements. The right mentor can provide direction for ambition and talent.

Demystifying jargon, particularly in the financial arena, is important. It is a factor that does hold back female entrepreneurs from, for example, seeking outside funding or completing acquisitions, as they have to deal with corporate finance advisers and mergers&acqusitions specialists, where financial jargon is part of normal conversations. I work with Innovate Finance, which plays a key role in this area. For example, it has the ‘Fintech for schools programme’, which is about raising awareness of Fintech in schools to help boost pupils financial knowledge, which will be very valuable if they decide to become entrepreneurs.

More flexible working norms would be another key development. Some leading FTSE companies have already shown that women ascend to their top positions – and thrive – when they promote more flexible working arrangements. Flexibility and business success are not at odds – they can reinforce one another.

Theses suggested initiatives will not by themselves transform the prospects for female entrepreneurs and for women to secure more leadership positions in businesses, but hopefully, they will be a good starting point as research clearly shows the economic advantages this can generate, for the benefit of us all. Securing the best gender balance in the sector is a marathon, not a sprint and we are only on the first few laps.

Roxana Mohammadian-Molina is Chief Strategy Officer of BLEND Network, a leading property-backed peer-to-peer lending platform. BLEND funds loans for affordable housing projects outside of London and offers investors returns of up to 15% p.a. Prior to joining Blend, Roxana was a Vice President at Morgan Stanley and responsible for the design and implementation of fundamental-based and tactical trade ideas.