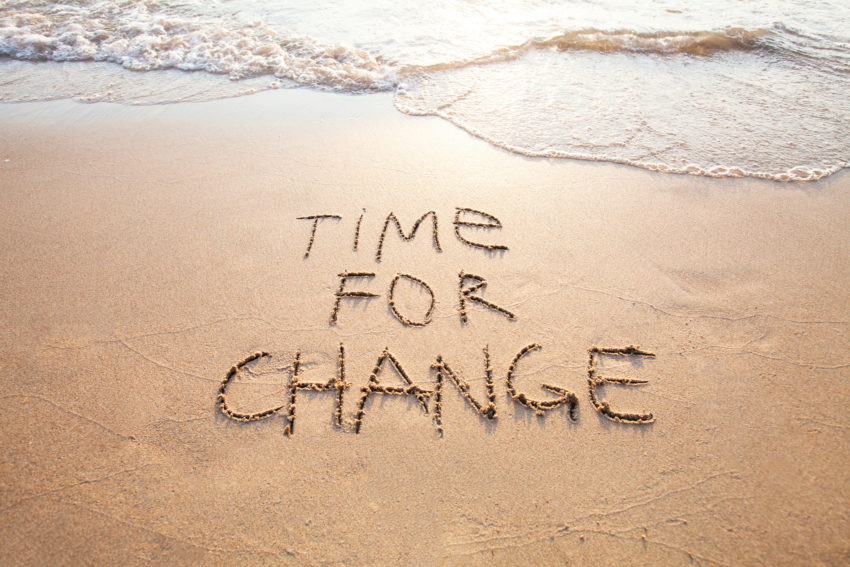 time for change, concept of new, life changing and improvement

Chris Parke, CEO of Talking Talent, looks back on companies’ lack of D&I efforts in 2019 and what needs to change in 2020.

As a new decade opens Chris Parke, CEO of Talking Talent, says now is the time for change, and for businesses to set aside their empty gestures and move from conversation to action.

2019 has been a year in which the gender pay gap progress was pronounced ‘dismally slow’, many corporates failed to meet it gender balance targets, and it was announced that the gender gap is on course to close in 99 years – amidst other disappointing, but unsurprising, news.

In the wake of the divisive General Election, now is the time for change: the last three years’ progress has slowed due to Brexit discussions. Now it is the time to refocus. Business confidence is recovering and as organisations stabilise, they will need to focus on retaining staff.

“Even if business recruitment needs fall this year, there will still be a pressing issue around the quality of talent in workplaces and how to keep hold of your best staff,” says Chris.

“There will be a need to retain key players because there isn’t enough talent to go around.

“In a complex and uncertain market, leadership at all levels is critical. Opportunities exist, but they will need innovative thinking to realise. Businesses with the best talent will thrive.”

In order for businesses to retain the best, they will need to think of prioritising key populations in their workforce who might be more vulnerable and likely to disengage, including working parents, female talent and those moving through other major life transitions.

Put simply, businesses must create more innovative, working practices that facilitate all employees to bring their best to work. Organisations need to focus on productivity, not on output. Presenteeism is the enemy of productivity. It has strong links to the rise of burnout and work-related stress that has been observed this last decade. For change to happen, there needs to be more understanding and advocacy at the top of organisations, functions and teams.

“There’s been an assumption that men are more engaged in gender diversity and inclusion than we previously thought. If we want to see change accelerate, we need to be far more sophisticated in how we involve male advocates and encourage them to become more active.

“Many men want to be more involved they just aren’t being given the support and practical tools that they need. Identifying hopes and fears related to the topic is a fundamental starting point,” ys Chris.

Passive advocates intimate that they understand the arguments when it comes to diversity and inclusion (D&I), but this won’t create real corporate change – especially given the context of the gender fatigue that has been a feature for some time. Clients need a strong business case and rationale as to why they’re focusing on specific employee groups to give them additional support – the system is still failing those who are in the minority especially as you get to management and leadership levels.

“Take female pay gap figures – there are examples almost every week showing how systemic issues embedded over the last few decades are heavily biased towards the majority and ideals of male leadership,” says Chris.

“Businesses are running out of time to show that they are authentic about change. It shouldn’t take so long for meaningful change to happen if leadership are properly aligned.”

He continues: “Progress has been incredibly slow, and unless boards can show that they’re actively closing the gender pay gap, making a difference and increasing women in senior leadership roles, it’s going to backfire on them.

“There have been a few clients that we’ve worked with last year where women have been declining to participate in research or case studies because they’re sick of saying what needs to change and then seeing nothing move. They are tired of false dawns. There needs to be change rather than just empty gestures. If not, I really worry about the engagement of key employee populations into the new decade. It may well get worse rather than better.”

Creating modern workplaces that are attractive to the next generation of working parents isn’t about prioritising one gender over another – and an encouraging move last year was the wave of new dads taking leave and saying exactly the same thing mums have been saying for years. Innovative solutions like Talking Talent Online enable businesses to keep new parents and their managers engaged and successful during all stages of parental transitions, ultimately boosting performance, talent attraction and retention.

“Boards need to move the conversation on from gender – it’s more sophisticated than that. New dads want the same as new mums. Businesses haven’t woken up to that yet. Many still think it’s a working mothers’ problem. In addition, there’s still not enough encouragement to take parental – and paternal – leave. Corporates are good at celebrating how progressive their policies are, but if no-one can take them up out of fear, what’s the point? And this is a great way to involve men in the debate!” adds Chris.

This year should be a year of change for businesses and organisations – for companies need to stop talking about what they’re doing and actually do it.

“Lasy year we saw a lot of hypocritical leadership in all aspects of society. I wonder how many employees actually believed what companies put into their annual reports around D&I. After all, it’s not good enough to be ‘making strides towards change’ year after year – business must stop putting unfulfilled promises in their annual reports and actually start delivering.

“Empty gestures aren’t going to be enough in 2020. We have to enable leaders to make concrete change happen. Those that do will reap the benefits,” concludes Chris.

Chris Parke has been an executive coach for over 15 years and specialises in coaching senior talent, Partners in professional services firms and HIPO or rising stars. It was a passion for the commercial benefits of gender diversity, and balanced leadership teams led Chris to found Talking Talent.