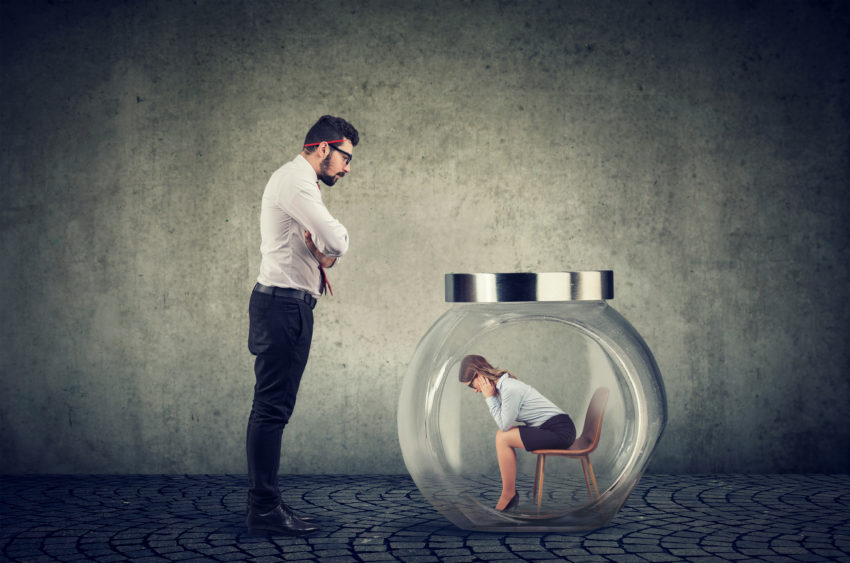 New guidance on preventing harassment and victimisation in the workplace issued by the UK's equality watchdog.

The Equality and Human Rights Commission (EHRC) has issued new guidance on sexual and other forms of harassment at work to help business stamp out bad behaviours.

The EHRC measures, which in time will become statutory and enforceable by law, aim to “help employers, workers and their representatives understand the extent and impact of harassment in the workplace, the law in this area and best practice for effective prevention and response.”

The EHRC says there was an overwhelming need for tougher action on harassment at work. This means bringing to account people who are offensive, hostile and intimidating.

Such harassment at work can also include degrading behaviour relating to race, age, sexual orientation and gender identity, disability or n.

Rebecca Hilsenrath, chief executive at the EHRC, said: “It is time for all employers to step up action against misconduct and protect their staff from harassment. It’s been two years since #MeToo forced sexual harassment to the top of the agenda.

“We’ve seen some employers wake up, take this on board and start to make the differences which will transform working environments and boost the economy through empowering people to reach their potential. But we need others to follow suit. The issue is not going to go away and if we are going to create working environments where no one is ever made to feel unsafe or threatened, then we need a dramatic shift in workplace cultures.

“No form of harassment can ever be justified and for too long the onus has been on the victim to challenge inappropriate treatment. By setting out legal requirements and providing practical examples of preventing and responding to harassment, we hope that our guidance will shift the burden back on to employers.”

According to a survey conducted by trade union body the TUC, more than 70% of LGBTQ+ workers said that they had experienced sexual harassment at work, while seven out of 10 Asian and black workers reported experiencing racial harassment at work. Many incidents of Islamophobia and antisemitism were also reported.

Jonathan Richards, CEO and Founder of Breathe, says: “Frankly, the news that the Equality and Human Rights Commission (EHRC) is implementing new guidance to tackle the issue of workplace bullying is enormously welcomed and in many ways, long overdue.

“The advice follows a worrying increase in reports of harassment and victimisation, particularly within ethnic minorities and in relation to gender; the trade union body TUC’s survey reveals a dark side to that most companies would prefer to keep under wraps. LGBTQ+ workers and those from BAME origins should in no way be made to feel uncomfortable, neither outside nor at work.

“What we really need to remember is that no business can thrive in a toxic environment. A culture of exclusion, bullying and discrimination will only breed hate and create an atmosphere where no-one is able to work effectively or comfortably.

“‘Pub chat’ isn’t off the record, and we should be applying the same standards of empathy to activity out of the office, too. It’s crucial line managers are cautious about how they handle sensitive information and approach difficult situations that involve staff wellbeing – it’s their responsibility after all.

“The EHRC recommends all businesses adopt a seven-stage approach to handling inappropriate behaviour, and much of it involves focusing on staff engagement, as well as offering training to enforce and bolster existing anti-harassment policies. Realistically, cultivating a safe and transparent company culture should already be top of every companies’ agenda.”