Diversity and Inclusion: the recipe for a perfectly made organisational cake 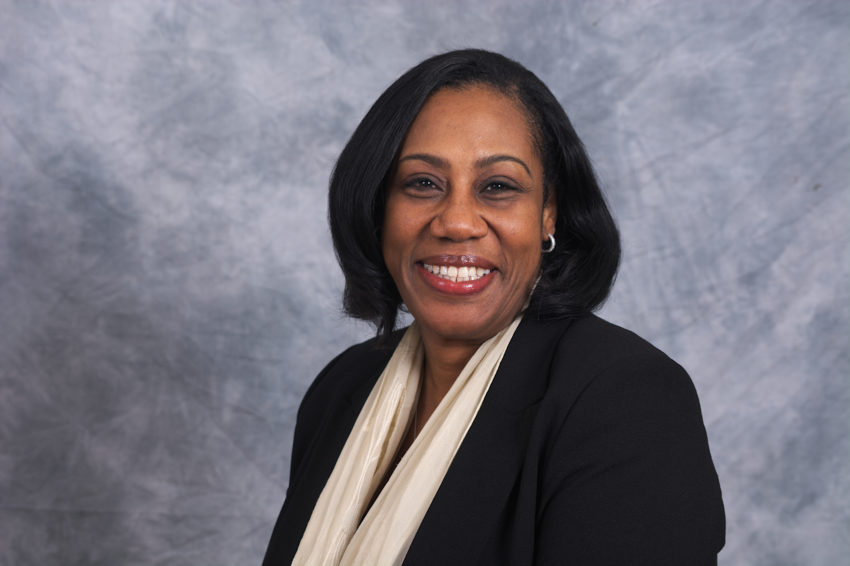 Coventry University Assistant Professor Dr Janice Johnson was awarded the highest honour in HR and people development. Here, she discusses her career journey, why racism is still an issue and the recipe for successful diversity and inclusion.

A diverse and inclusive organisation is like a fruit cake with the ingredients spread evenly and consistently throughout the mixture, according to Dr Janice Johnson. However, she says that in many organisations, “the fruits are all at the bottom” instead of being “evenly distributed throughout the cake creating a perfect slice. “I’ve asked senior staff in many organisations: if I was to slice your organisation like a cake, would I see the same consistency throughout, or would there be a difference at the bottom compared to the top?”  A difference probably means that the ‘organisation cake’ isn’t properly baked, and the recipe, ingredients or method for mixing needs to be reviewed.”

Janice believes that everyone is responsible for diversity and inclusion because, “if we do nothing, we experience what can be called a ‘ceaseless same’, where nothing changes. It’s why 40 plus years on from the Race Relations Act, we’re still talking about race.”

She is currently Assistant Professor at Coventry University charged with creating innovative and inclusive cross-faculty courses for a diverse range of post-graduate students. In December 2019, she was selected by the Board of the Chartered Institute of Personnel and Development (CIPD) and awarded the accolade of  Chartered Companion of the CIPD. Companion represents the highest level of recognition in the world of HR and People Development and recognises her outstanding contribution to advancing the HR profession in her role as educator, CIPD Branch Chair and mentor, championing the progression and development of HR students and practitioners; local businesses and schools.

During her career, she has unfortunately experienced casual and structural racism frequently, citing a particular time when welcoming visitors to her organisation, one visitor refused to shake her hand and turned away deliberately. There was a visible look of embarrassment from other colleagues who later attempted to apologise for his behaviour.

Why? “I think there is an innate fear of people like us, and we are often not expected to be present in certain spaces,” Dr Johnson explains. “Would we be respected in a senior leadership role? I know there’s often a lot of resistance  in terms of White people not wanting to take instructions from Black people because they do not always perceive us as leaders.”

Janice was born in the UK but completed her high school years in Jamaica. Returning to the UK  after high school, she completed a degree in Business Management before joining the HR department at Post Office Ltd.  “Promotion was challenging and often based on length of service and who you knew”, Janice explains. “Nepotism was rife in the public sector in the UK and I was never given an opportunity to go further, despite being better qualified than others. Many of the Black workers I used to see were either postal workers, drivers or cleaners. There were not many in the offices doing ‘white-collar’ work”.

In frustration, she decided to switch careers and put her work experience into effective practice as an academic. Acquiring additional post-graduate qualifications, Janice taught and managed HRM and MBA courses at De Montfort University and the University of Bedfordshire before moving to Coventry University.

The Oprah of the classroom

Transitioning from being a quiet child in school to finding her voice in the classroom, Janice states that she has greater self-belief and confidence at work and thus is able to make more impactful career choices. Inspiring and giving confidence to students gives her a great deal of satisfaction. “There’s nothing better than having a class full of students who, after three hours, are still sitting there wanting more,” Janice reveals. “I see myself as Oprah in the classroom, having a ‘talk-show’. It doesn’t feel like I’m teaching a class but having an insightful and thought-provoking conversation with keen students. That’s how learning starts, and I love that I can do that with students.”

As CIPD Branch Chair for Bedfordshire and Milton Keynes, Janice runs a distributed leadership model offering 31 immersive and developmental CPD sessions annually for 2,800 members. She has successfully created a sustainable Strategic Heads of HR Forum in the region, discussing and debating topical HR issues and sharing her own research into EDI (equality, diversity and inclusion) in UK Universities.

Janice suggests that HR is one department where Black people are more visible. This may be because it’s often perceived as an area that has been easy to enter and required fewer qualifications. The HR department is often the last function to be formally established as businesses grow. HR is still struggling to be heard and to be taken seriously in many organisations. However, that situation is rapidly changing as managing the workforce in the current climate becomes more important than ever before and HR is repositioned at the ‘top’ table.

Janice participates in a number of Schools’ Careers events across the region, to ensure that a professional Black voice can be heard. Her work with the headmaster of one of the largest independent school in Bedford is based around developing an effective diversity and inclusion strategy for staff recruitment and retention.  “It’s a 500+-year-old school, so you cannot change everything overnight, but some things must be changed because the school appears not to be attracting teaching staff who are Black or other minority ethnic people. The boys in this school need to see much more people in teaching and leadership roles who look like they do.”

On diversity and inclusion generally, she has found that White people prefer to discuss sexism and disabilities rather than racism with many claiming it does not exist, therefore is not a problem.

“If you deny that something exists, you will never address it,” she says. “Of course, there are many levels of racism which they don’t understand either. It’s not just what you see on the surface but what lies beneath. There’s increasing research on race using a  Critical Race Theory framework which explores different aspects of racism. For example, one of the tenets explores ‘Whiteness as property’, where to be White confers a unique set of benefits and privileges that a Black person would never be able to enjoy. Thus, Black people are seen as trespassers in certain spaces and even in certain jobs because of their colour. Whiteness is viewed as property that has power and value, whereas Blackness does not.”

The way forward, she believes, is for evolutionary rather than revolutionary change. That means gently shaking the world, one step at a time. If that fails, then tearing down old structures and building new ones may be the only solution.

Janice’s message is: “It has to start with you. Have courage and be the change you want to see in the world.”