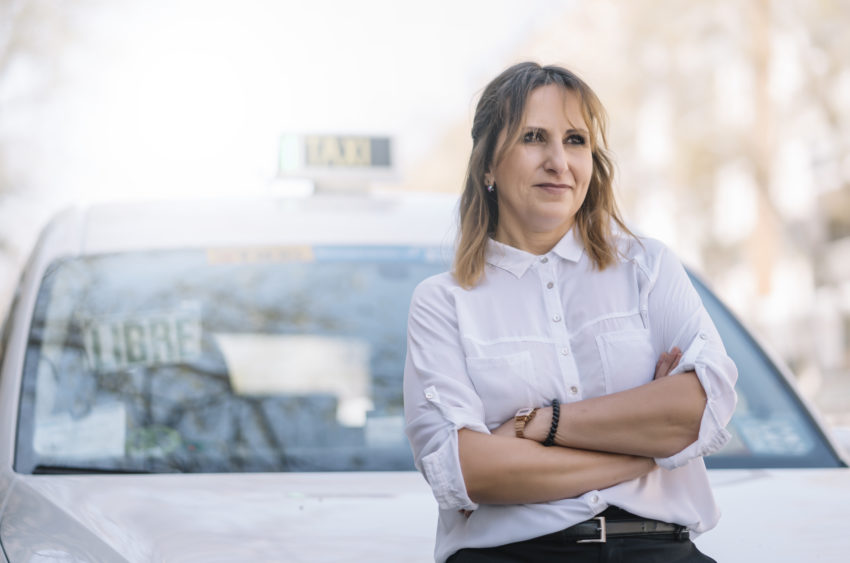 South Africa has a long history of gender discrimination. The Global Wage Report for 2018/19 paints an alarming yet familiar picture; that is, in South Africa, women earn on average 28% less than men. The gender pay gap represents just one of the country’s many social injustices against women.

Last month, thousands marched in Cape Town to protest the government’s failure to deal with the rising number of violent crimes against women. According to the World Health Organisation, a woman is murdered every three hours in South Africa, more than five times the global average. Some 2,700 women were murdered by men last year, a figure which South African President Cyril Ramaphosa has likened to that of a war zone.

Addressing protestors outside parliament, Ramaphosa announced his national plan to curb gender-based violence, citing harsher penalties for perpetrators and the promise of 11 new sexual offences courts to be opened within the start of the financial year. “Cyril isn’t serious!”, reads one angry banner at the protests, and understandably, there are many who see his plans as inadequate; the equivalent, say, of using an ice cube to treat a third-degree burn.

The situation in South Africa is as complicated as it is desperate. Academics have identified high levels of unemployment, inequality and poverty as major contributing factors to the violence directed against women. More innovative solutions are undoubtedly required to tackle the nation’s long history of gender discrimination and violence. Some have highlighted the emancipatory potential of technology, outlining its capacity to assist women in issues such as safety, education and healthcare.

Just a couple of miles away from protests, Danielle Wright and Greg Wakelin are talking to me from their home in Cape Town popular among young professionals and the LGBT community. It’s a nice neighbourhood, and the president’s evocation of a war zone seems far-off here.

In 2017, the couple founded Chaufher, a ride-hailing service – like Uber – but with the crucial difference that both its passengers and drivers will be exclusively female (except for children under the age of 18). Juggling busy professional lives with the demands of parenting, the idea came about after the couple struggled to find safe means of transportation for their three young children.

It’s a question I probably know the answer to, but I ask why not Uber? Danielle tells me she’d never get into an Uber at night on her own.

Her worries are not unfounded. ActionAid estimates that 56% of women in South Africa have experienced some form of sexual assault whilst travelling in taxis and 69% have witnessed violence and harassment. It’s an unpleasant backdrop, but recent events in South Africa have accelerated the company’s media profile significantly.

Each Chaufher vehicle will come equipped with a booster seat for children and every driver will be thoroughly vetted. Speaking to the couple, however, it’s clear that safety isn’t their only priority. Greg describes his want to create an environment where women feel economically empowered.

Chaufher aims to increase female participation in the ride-sharing economy (currently only 3.8% of all Uber drivers in South Africa are women), bringing to them income-generating opportunities, and the flexible working hours which ride-sharing services can offer.

The impact of the ride-hailing economy for women has been studied at some length. In a report commissioned by the International Finance Corporation (IFC) and Accenture, using aggregated data from Uber, one of the top findings showed that ride-hailing apps reduce barriers to entry for women to work as drivers in an industry traditionally dominated by men. In doing so, women can expect to earn more. In South Africa, it is estimated that women drivers who join Uber get an earnings boost of up to 14%.

The women only debate

It may be an untimely comment, especially given the recent surge of violence, but I wonder whether the service could be seen as discriminatory. Chaufher is not the first female-only ride-hailing service; in 2016, Boston-based start-up Chariot for Women attracted criticism from the media; ultimately its female-only policy made it vulnerable to gender discrimination lawsuits and the company failed to ever get off the ground.

For Danielle and Greg, Chaufher is completely necessary the current South African climate, and they do not expect to encounter any legal issues. Greg explains; “I’ve lived and worked in quite a few countries. Every country has its own spin on equality or inequality. The fact of the matter is, from a South African standpoint, there is a very strong social and political upswell in terms of women’s safety. Specifically, in a South African context, I certainly don’t expect to get any pushback in terms of us being quite specific on our profiling.”

Another issue to consider is how the transgender community may participate with Chaufher. It could be argued that the business has adopted a somewhat unequivocal approach in discerning between gender. Danielle tells me: “When you sign up as a driver, we’re working on ID numbers which we have in South Africa. Our policy is if you’re a male on your ID number then you cannot ride with us, or drive for us because there is a law you can change your identity by the deeds poll.”

Whilst this might set out to answer the gender question in over simplified terms, it’s not strictly trans-exclusionary. Danielle explains that transitioned women are free to drive and ride with Chaufher as they please, should they have a recognised female identity on the deeds poll. The problem lies instead with a societal intolerance. Given that four out of ten LGBT South Africans know of someone who has been murdered “for being or suspected of being” lesbian, gay, bisexual or transgender, it would be unsurprising to hear that members of the transgender community forgo using the service; expressing reluctance to reveal their gender amid concerns for their safety.

The guiding principles may be uncompromising, but I believe them when they say Chaufher is merely protecting their drivers and riders. “What [sic] if there is a young girl who wants to travel with her 80-year old grandfather, we just say no, no men. Boys up to the age of 18 but after that, we have to look after our drivers and our passengers, tells me.

Chaufher will have its soft launch at the end of October, starting in Cape Town. Like all businesses, they expect to encounter problems along the way. Issues such as the transgender question will no doubt crop up often, but the couple enough to broach these concerns when they arise.

I’ve enjoyed my conversation with the couple. Not only is their business designed around a very necessary humanitarian cause, but we’re also very much on the same page about technology and its emancipatory potential.

I tell them I’ll be back in Cape Town soon, and we can continue our conversation then – off the clock. We decide on a bar we all like, close to them, but several miles from where I’ll be staying. “You’ll have to take an Uber”, Greg jokes, and it’s only then I begin to consider the implications of such an idea.