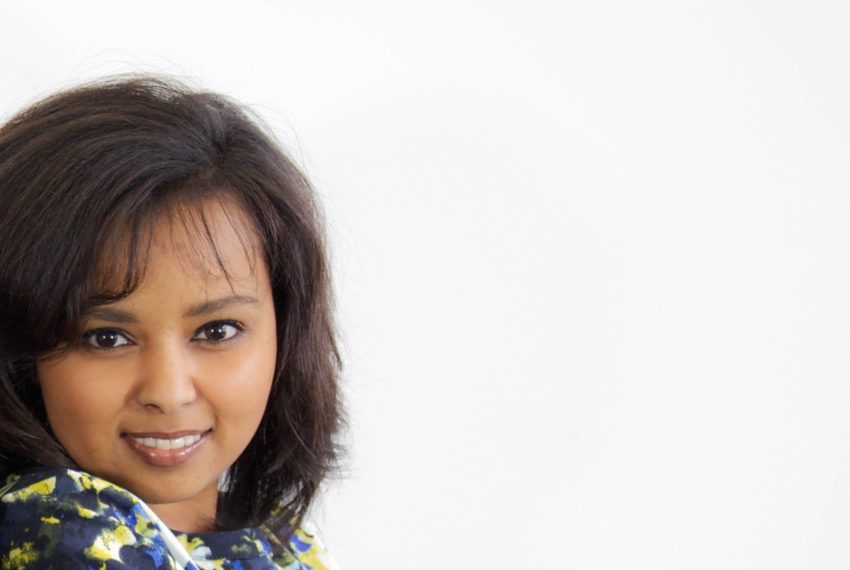 Riham Satti, CEO of MeVitae, which aims to remove bias from the recruitment process.

Unconscious bias training only raises awareness but doesn’t solve the problem. According to Riham Satti: “You can never remove bias, but you can take steps to postpone it.”

Which is precisely what Satti’s company, MeVitae, tries to do as it helps organisations to improve diversity and inclusion through fairer recruiting. This is achieved with the aid of people science technology aimed at transforming talent acquisitions processes, from automated blind recruiting to diversity performance metrics.

“There are 140 types of cognitive biases out there,” she explains. “We wanted to be able to make sure that organisations are diverse but inclusive as well. And I’m not just talking about gender, age, sexuality, but also differences in mindset, behaviours and cultures. We wanted to use technology because there are big benefits to being able to optimise how people make choices and increase D&I and workflow processes.”

Satti was inspired to form MeVitate when she realised that, since firms signed the tech inclusion pledge years ago, organisations had failed to increase the numbers of women and people from ethnic backgrounds working for them in significant numbers. That, plus the ineffectiveness of unconscious bias training.

This lack of diversity came as something of a surprise to Satti. She was born in Sudan and grew up in London. Her family, particularly her mother, actively encouraged and shaped her interest in science and technology.

Striving for academic excellence is ingrained in the culture. Satti explains: “A lot of families want their daughters and sons to be doctors, engineers, lawyers. It’s always been very gender neutral in our household.”

After first studying biomedical engineering at Imperial College, London, she went on to take a degree in neuroscience at Oxford University. There she met Vivek Doraiswamy, a computer scientist with whom she founded MeVitae. He is the CTO and Satti, CEO.

MeVitae aims to help organisations to become more collaborative and cultural and be the best version of themselves.  Satti describes it as “unleashing human potential; making people better versions of who they are and what they stand for by putting them in the best companies that suit them.”

The company uses augmented intelligence, IA, to optimise how employers make decisions for getting the right people into jobs. It uses a series of solutions that plug into existing HR technology or ATS (application tracking systems).

“MeVitae is pretty much invisible,” she says. “It means that we can be seamless, plug-in, and do everything from blind recruiting to attracting more candidates, shortlisting top talent, and making sure that we use ethical AI without any algorithmic, cognitive and unconscious biases.”

Job descriptions should be neutral

One of the problems with job descriptions is terminology. Satti points out that research has shown that phrases can be construed as more masculine or feminine, which will attract a particular type of talent or mindset. Job descriptions should be more neutral, and include both hard and soft skills and explain the culture.

An example was when a company advertised a position that required a lot of travel. Not many women applied. When Satti pointed out that many women might be mothers, they reduced the travel requirements, which attracted more female applicants.

MeVitae demonstrated the importance of blind recruiting by studying how employers and recruiters responded when reading CVs. Satti explains: “We scanned their brains and tracked their eye movement to see what happens. And we gave each employer 10 seconds to review a CV. There are certain areas that an employer or recruiter will look at more than others. Someone’s name; that doesn’t tell you if a person is suitable for a role. A job title varies from one company to another; a data scientist at MeVitae is not the same as a data scientist at Microsoft, for example. If someone has preferences for corporate over start-up will have an impact.

“Little emphasis is placed on the rest of the CV; the details that someone has written, the modules that they studied at university. It’s no-one’s fault; it’s because of the way CVs are laid out, which doesn’t help. We encourage organisations to look at blind recruiting to give them a chance to spend more time on the important areas of the CVs.

“It has shown a lot of benefits; it’s increased talent pools, more people apply for roles because they have more confidence because they’re not being judged on their name or any of that. Employers are spending more time in other areas, so there’s a bit more of an equal playing field. It increases gender diversity within an organisation, for people who get shortlisted to interview stages.”

Removing the name is one of 15 parameters that employers can select tor redaction on CVs. They include anything related to gender, age, sexuality, disability, hobbies and interests, universities, marital status, date of birth, any photos. In other words, anything that could invite assumptions that lead to bias. MeVitae has the world’s first plug-in for detecting biases and redacting them within ATS systems. The redaction accurately removes biases by more than 95+%.

In addition to blind recruiting, MeVitate uses external data to help find talent and manage shortlists. “Not to validate the person, social media, stuff like that,” Satti assures: “When someone says they’ve studied computer science at Oxford, well look at what modules they’ve studied using external data. We’ll try and increase our knowledge of an applicant relative to a job description. We don’t always rely on a job description either because like I say, job titles vary from company to company.

“AI or IA technologies allow us to understand the past, present and future. By past, I mean the kind of people and mindsets in an organisation.  Understanding what kind of people apply to roles; so that’s the present and using the external data. Also, being able to predict what the future work is going to look like, what kind of skill sets are going to be important in the next couple of years. All that information gets fed into our machines to try and make sure that we’re moving from a transactional HR to a transformational HR world. And technology is definitely a way of doing that.”

It takes just five minutes to integrate into a customer’s ATS. The system can rank applicants and move them to different stages of the hiring process if MeVitae is confident that they are worth interviewing. Everything is secure and GDPR compliant.

Satti points out that there are big differences between different backgrounds and how people write their CVs and that imposter syndrome exists. People should only apply for roles in organisations they believe in – not just to get a job.

Her advice to applicants? “When you’re writing your CV, make sure that you write about what you’ve done beyond the cause of duty. It’s a very competitive world out there, and you have to try and shine.”