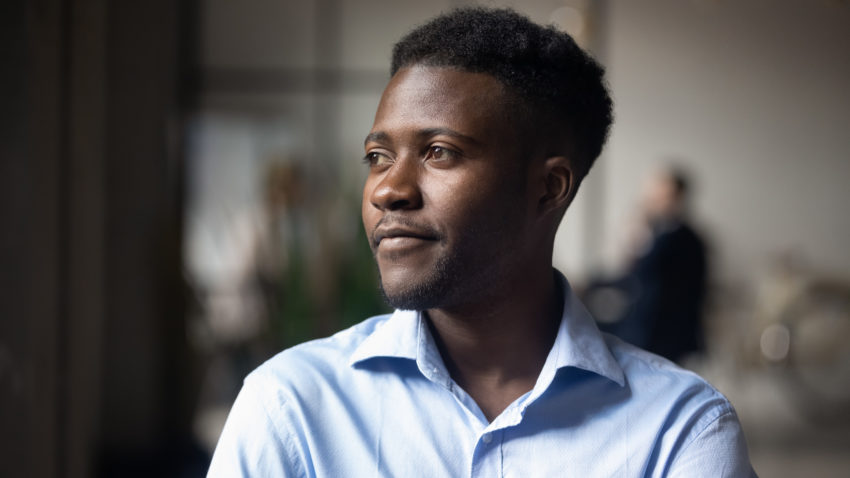 The Founder Institute is determined to help many Black American Founders.

“One small step of many to improve our support for black American founders and an opportunity to make our programme more accessible and more equitable,” is how Rachel Sheppard describes the Founder Institute’s new fellowship programme.

Launched last month, the Black American Founder Fellowship will enable at least one applicant per programme to take the Institute’s accelerator programme for free.

Sheppard explains: “We recognised that we still have a lot of work to do to better support black founders and people of colour in the entrepreneurial industry and the tech industry. So, we took some time to educate ourselves as well as speak to black founders and people of colour in our network, our mentors, people who lead our programme as well as our portfolio. And we determined that a fellowship was one way that we could effect change.

“If we increase the number of entrepreneurs, we can diversify the tech sector in both the short term and the long term.  Because founders ultimately become investors in most cases, and that will change the investment landscape.”

Since the Founder Institute was set up 11 years ago, it has helped to launch more than 4,300 companies worldwide. In recent months it has launched in more than ten new countries, including New Zealand, Namibia, Zambia, Kenya, the UAE and Saudi Arabia, bringing the total to over 75.

Sheppard is responsible for marketing the Institute’s programmes globally. The COVID-19 pandemic has meant running everything virtually. It has also brought an upsurge in entrepreneurship.

There are three main reasons for this. Sheppard says: “One is that when there’s a recession or any economic contraction, people sadly lose their jobs and a lot of times they turn to entrepreneurship as an opportunity. The second reason is a lot of people with entrepreneurial spirit want to solve problems, and so they see a potential. And the third is that we’re virtual. We’re now able to serve more programmes and people than ever before. So even though we’re launching in new countries and new regions, we’re able to have people take our programme who live 100 miles outside of those cities, which has never been the case before. It’s humbling to work with such ambitious people from all over the world and a silver lining during a tough time.”

With the Black American Founder Fellowship, the Institute not only wants to improve the entrepreneurial diversity landscape but also to encourage investors and to educate potential investors.

“If we can bridge those together, we could have a tremendous impact by having more people of colour to send to investors within our network. Then we can say if you’re interested in making sure that your portfolio is diverse, which it should be, and believe that for economic reasons not just for altruistic reasons, then here are several founders for you to look at who we’ve validated and worked with,” Sheppard argues.

The organisation will also learn from the experience of its Female Founder Fellowship. After it was launched in 2012, there was an immediate spike in the number of female founder companies, up from 13% to almost 30%. But then the numbers levelled out, prompting the Founder Institute to launch an initiative aimed at providing more structure around gender diversity across its programmes globally.

As a result, the numbers have been steadily increasing. Last year women founders represented 38% in the three largest markets, and the goal is to achieve a worldwide figure of 40% by the end of 2020.

In reaching out to black American founders, Sheppard admits that a first step is to look at the way the Institute itself hires and how to ensure a diversified pool of applicants. Secondly, it plans to take the learnings from the Female Founder initiative and launch a Black Founder initiative with more insight and structure.

“One of the findings was that teams run by all men could still produce cohorts with more than 50% women graduates,” she reveals. “That interested me, so I started digging into the data. It turned out that if the leaders hosted a female founder round table, that naturally inspired more female mentors, and attracted more women to their network, which resulted in part for the increase.”

Mentorship is also important. People need to see themselves represented in leadership and success stories. That’s the first of three key reasons, in Sheppard’s view.

“The second is that there’s an inherent understanding that comes with the unique challenges of being under-represented,” she explains. “Every person walks their own path, and I think if you can go to someone who has struggled with the same challenges or has been through it before and ask them, I think that that’s crucial.

“The third is when you mentor start-ups or mentor anyone, you end up getting opportunities that come across your plate, and you have this index in your mind of people you’ve talked with. So if mentorship is not diverse in both who mentors you and who you mentor, then you’re perpetuating these good old boy clubs, which keep all of the opportunities within the same group.”

She points out that, being a founder is isolating, and collaboration and networks are also important. The female founder focus events and mentorship had created a community and strengthened support.

Expanding networks are a good way of helping people to support founders from minority backgrounds. This should include giving black American founders visibility. Financial support is crucial, even more so in the current climate.

Sheppard adds: “If your network is not diverse, you can simply share on social media the success stories of people of colour and that can do a lot to help people learn more about opportunities. The next time you have a job that comes across your plate that somebody is asking for recommendations or anything else that they could need from your network, make sure you’re leveraging your network in both directions.

She recommends reading different publications, including DiversityQ, Urban Geeks, and familiarising themselves with organisations that support female and minority founders, such as iFundWomen, Black Women Talk Tech, and blackandbrownfounders.com.

Looking ahead, the plan is to, “work with organisations that are led by black American founders and not trying to reinvent the wheel on our own but really collaborating with people who do have that sense of authority that we don’t have and who we can learn from, not to mention just aggregating resources for black American founders.

“Globally, if you’re interested and you have a potential idea, and you’re willing to pivot and change and learn, we’re here to support you. Our goal is to continue to expand across many of the countries we have yet to establish in; to hopefully democratise entrepreneurship and bring it to all corners of the world. The idea is to make it so that every person everywhere who has an idea can be a founder.”

Rachel Sheppard is the director of global marketing at global pre-seed accelerator Founder Institute and co-founder of the Female Founder Initiative.