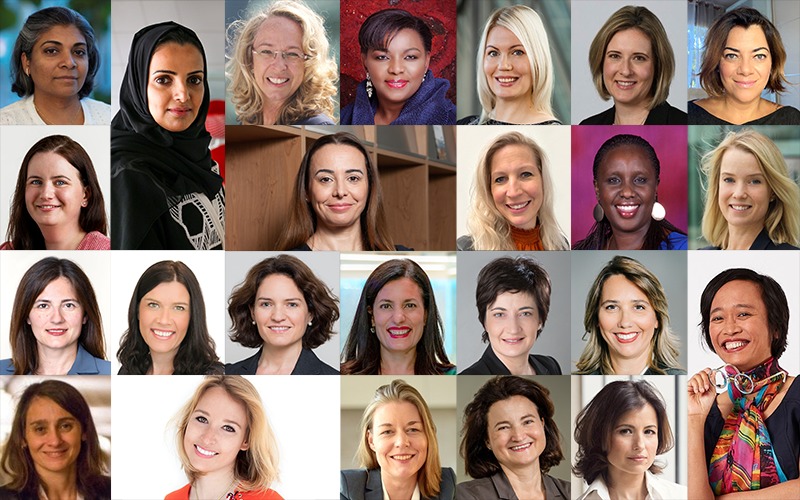 The 24 women shortlisted for the WeQual EMEA Awards 2020.

Twenty-four female executives of leading EMEA companies have been identified as having the leadership traits for top-level C-suite positions, in the2020 WeQual Awards.

The WeQual Awards identify already successful senior women who are one level below C-suite and are aimed at tackling the slow progress in appointing women to executive roles.

A quarter of the winners of previous UK and US WeQual Awards have since been promoted to the executive committees of FTSE and Fortune 500 companies.

“The glass-ceiling concept has been an issue for decades, and the drop-off is steepest just below the C-suite, so I launched WeQual to champion gender equality at the top,” says Katie Litchfield, founder and CEO of WeQual.

The 24 finalists were assessed against seven criteria: Leadership, Cognitive Ability, Integrity, Drive & Resilience, Equality, Knowledge of the Business, and Personal Development. All candidates were assessed blind with no name or company revealed in their application.

The finalists will be announced in December 2020.

Among supporters of the awards are Ann Cairns, Executive Chair of Mastercard and Global Chair of the gender equality campaign group ‘30% Club’; Sir Ian Cheshire, Chairman of Barclays; Dame Inga Beale; and Ron Kalifa OBE of Network International. They are part of a roster of well-known C-suite executives who will now choose eight category winners.

Sir Ian Cheshire says: “These awards are among the first to target women at this level. We believe building awareness of these talented people, as well as connecting them to each other, is an important step in improving diversity at top levels of business.”

This senior group of 24 executives will become members of the WeQual Club and join the existing 72 senior FTSE and Fortune 500 female executives.