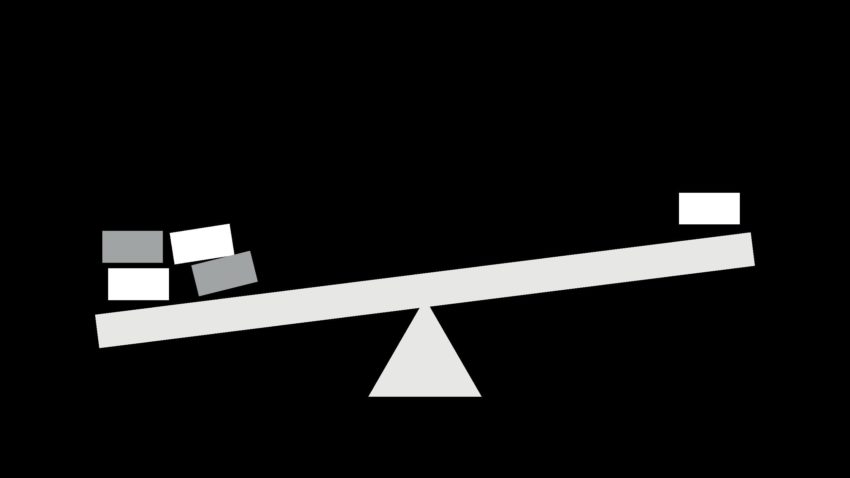 While talking to potential entrants and finalists for the WeQual Awards, CEO and Founder Katie Litchfield was “overwhelmed by the power of impostor syndrome”.

Katie Litchfield is the brains behind a new awards scheme to help aspiring businesswomen to achieve their executive potential. Together with Organisational Psychologist John Amaechi OBE, she talks about the challenges of getting more women in the boardroom.

While talking to potential entrants and finalists for the WeQual Awards, CEO and Founder Katie Litchfield was “overwhelmed by the power of impostor syndrome”.

She was shocked to hear some women say they didn’t feel able to put themselves forward and that they didn’t think they were good enough. That was in stark contrast to the view of the judges who were impressed by the calibre of the entrants. So much so that one of the judges and chairman of an FTSE company offered to contact the CEO of a finalist to insist that she be promoted to the executive committee.

According to Organisational Psychologist John Amaechi OBE, who is on the Awards Advisory Board, impostor syndrome is not “an individual pathology”.

He explains: “It’s a systemic virus almost. Whether it be an introvert in a sales department or a woman on the trading floor, no matter what the scenario, we want the people who are different to understand that it is not right. And impostor syndrome is a great way to make sure that brilliant people never manifest their greatness, and threaten the status quo.”

Challenging the status quo is what the WeQual Awards aim to achieve by shining a spotlight on female leaders one level below the executive committee across the FTSE 350. The winners in each of eight categories – Digital, Cyber Security and Technology; Corporate Communications; People and HR; Diversity and Inclusion; Legal; Customer and Marketing; Operations; and Financial and Commercial – will be announced on 26 September at the Savoy.

Katie, who worked alongside FTSE 100 senior leaders during 18 years with the Financial Times, has witnessed first-hand the challenges companies are facing in developing people in senior roles. The government-backed Hampton-Alexander Review has revealed that, despite growing calls for change, women still represent only 25% of the Combined Executive Committee and Direct Reports across the FTSE 250. The majority, 60%, of new senior appointments, continues to be men.

More women on board

With the WeQual Awards, Katie wants to drive a change in the ExCo appointment rate from 30% to 50% women reporting into the executive committees. The long-term aim is, she says, “to really get that percentage up, rather than just doing the non-execs and token women. Also, to really build the confidence of the women and produce role models, not only across the FTSE. We’re doing the S&P 500 in New York and looking to go into Asia in the third year.

“So, it’s about building this network of really smart women who will be able to help each other. Every finalist becomes a member of the WeQual Club. That’s important because it will be interesting how that grows and what ideas come out of it. As they get promoted naturally, you’re going to have some very powerful women in some incredible companies.”

In establishing the Awards, she was mindful of potential awards fatigue. To differentiate them, she limited the scope to the FTSE 350, made sure that the categories replicated executive committee roles and, crucially, set up a blind assessment process.

Katie invited John to devise a procedure that was “legitimately blind.” He explains: “I assigned a team that had no contact with me on the organising side, so they didn’t even know who the judges were, they didn’t know who the candidates were. Everything came through just as numbered units.

“I gave them subjective criteria for marking and indeed, with what we’ve learned this year, we’re going to revamp that for the New York awards and next year’s, to make it even more robust.”

John continues: “We wanted to make it clear that achievement, motivation, ambition, energy, tenacity and initiative are the basis of leadership, and they don’t have a gender. You can express them in lots of different ways. You don’t have to stand on a table and scream at people to be a leader. This was one of the first times I saw the founder of an award who was really interested in the best leader, not just the person who looked most like a leader in the traditional sense.”

Applicants had to answer ten questions. Despite being a time-consuming exercise, Katie says that the women enjoyed it because it made them think about their careers and what they had achieved. Importantly, it was about being an authentic leader.

From speaking to many different companies, she learned that there were challenges in developing women for senior roles. They included a lack of opportunities to work flexibly, also that some jobs were not attracting women. Also, there needed to be buy-in from the top, not just tick boxing.

“The idea that there is substantively something different about women’s ability to lead, be smart, strategic, dynamic and assertive is categorically false,” John offers. “With flexible working, there isn’t anybody – man, woman, young, old – who doesn’t benefit. The challenge comes when organisations agree to some kind of flexible working, then the moment anybody takes advantage of it, they’re seen as a non-serious candidate. That does disproportionately impact women.

“It seems a crying shame that we would leave on the bench dynamic, smart, challenging people just because they happen to be different than what is in an organisation.”

For Katie, sponsorship is a semi-solution to encouraging more women up the organisational ladder. However, John argues that sponsorship is a sign of a broken system. He adds: “In order to get a real solution, we have to understand that the workplace is not a meritocracy. If it was, brilliant women get through because they’re brilliant, rather than being hampered by gender dynamics. While we grapple with that particular demon, sponsors are going to be important. But we can never forget that, if getting ahead is who you know, which is what sponsorship is about, then it a valuable short-term solution.”

John is also not a fan of unconscious bias training which has involved companies spending huge amounts of money with little result. He favours Katie’s approach of creating a pipeline of opportunity because, “it’s not just about populating women, it’s about making sure that brilliant brains aren’t left on the bench.”

Looking ahead John says that layering race on top of the gender reporting and the way they intersect will provide a more contextual picture. But there are two big challenges to overcome. Firstly, diverse teams are more difficult to lead due to differences in styles and perspectives. Therefore, it requires a better quality leader.

Secondly, people like the status quo and that can be difficult to overcome. Particularly as, he feels, that things only change if people care enough. “It’s not ten years that women have been waiting for some measure of equality,” John argues. “It’s since a woman had to throw herself in front of the King’s horse; 100 years we’ve been waiting for some measure of equality. You could say the same when you look at differential recruiting and pay gaps in ethnicity and gender.

“What we do care enough about is old stereotypes that tell us women are good for this, and black people are good for that. And that, diversity and inclusion attack mediocrity, not straight, white, older men.

“We know that the impact of inclusion and diversity, not just having people who look different, have different experiences, backgrounds and qualification pathways, improves the bottom line. It reduces blind spots, and it increases strategic perspective – you name it, it delivers value.”

Katie is confident that there will be a shift over the next three years. “From the conversations I’ve had, I get the feeling that they’re ready to see progress,” she reveals. “Which is one of the reasons why I called the awards WeQual because, hopefully, we’re going to include other diverse groups and minorities. There’s a whole bigger picture that we haven’t really looked at.”

She has been encouraged by the fact that more than 20 CEOs from the FTSE 100 will be at the awards ceremony because “it means they get it. It will be interesting to see where these women go and next year see how many companies realise that it’s not bad to put their women forward. So, this is just the beginning.”