The Queen’s Speech, the Employment Bill, and the future of flexible working 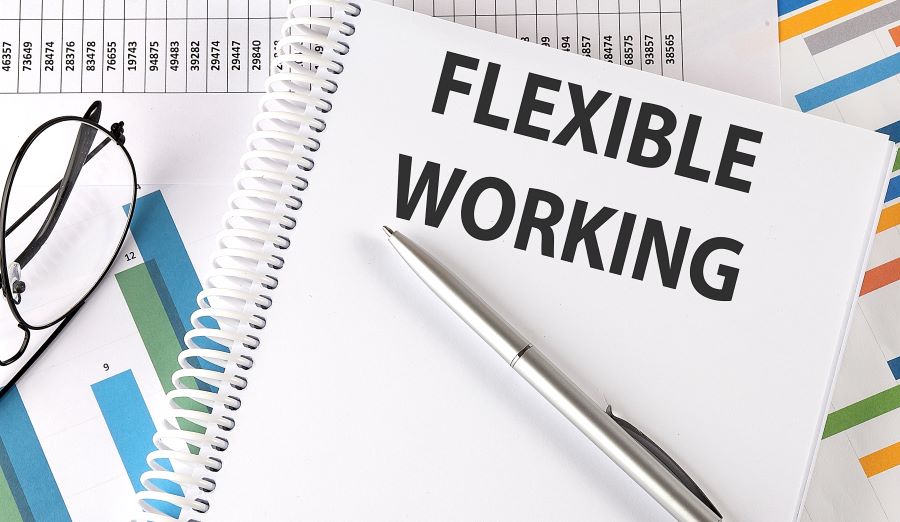 What will the new legislation mean for hybrid work?

The long-awaited Employment Bill did not form part of the Queen’s Speech as expected. But where does the Bill leave employees, employers and the future of hybrid working?

Actually, the Bill doesn’t specifically refer to ‘hybrid work’, nor does it seek to deal with the matter. The hybrid work regime is a term attributed to flexible working in the age of COVID-19, where companies have had to where they can allow employees to work from home.

Hybrid working is the term coined to refer to employees that work from home and occasionally work at the office. Flexible working is currently governed loosely by the Equality Act (2010) and ancillary amending pieces of legislation. Within this framework, a provision allows employees to request flexible work.

There are specific processes that need to be followed for both the employee and employer regarding flexible working requests. This is currently the only way to formally change contractual working hours or location, save for an agreed contract amendment.

The new Employment Bill does, however, seek to refine the status of “worker” and will provide a little more clarity on worker status, rights for workers to join trade unions and collective bargaining agreements, for example. As a result, this new Bill won’t specifically address hybrid work. Instead, changes will come from case law in the interim until the legislature decides on whether they want or need to formalise the regime.

In the years to come, we are likely to see more cases taken to court, which – together with the societal changes we see day in and day out – will impact future legislation.

Essentially, employees are bound by the contents of their contracts of employment. If employers don’t want to allow hybrid working and the contract specifies the location of work in the office, they can seek to enforce the contract. The only avenue for increased flexibility for employees is to make a formal flexible working request to their employer.

Today, anyone can request flexible working or move to a hybrid working approach, as long as the employee can justify it. Companies will have to justify any decisions to decline such requests in response to such a request.

However, moving to a flexible regime of working which deviates from the employment contract will need to be agreed upon between the employee and the employer. The parties need to understand the responsibilities and the restrictions of making such a request before heading down this path.

Regarding what employers should accommodate, they need to carefully consider whether they want to be forcing their cohort to work at a physical office in one location – an approach increasingly seen as an archaic employment style. This is driving change in what the modern workforce is looking for.

Many employees now want ‘remote-first’ work, and when employers can deliver it, it can positively impact both hiring and retention. At Globalization Partners, we’ve seen a huge shift in talent looking specifically for remote-first work. In moving to remote-first employment, the talent pool is not limited to any jurisdiction, which benefits most companies.

How does the Bill affect the negotiation power balance between employee and employer?

Bargaining power is tipping towards the employee for most, not least, because employers will have to justify refusing to allow hybrid work. Still, employees have the ability to demonstrate that remote work is a valid option as this is what they have been doing for some time.

Where this regime has been successful, the employer will need to think about why they could be seeking to refuse a request to work remote or include an element of remote working within the working regime.

With the availability of affordable and effective infrastructure in the home, coupled with the experience many people have in remote working, poor productivity is an increasingly hollow argument for refusing hybrid work. This will make it more difficult for employers to justify a no-decision.

Where will employers be able to put their foot down?

Their main course of action will be to enforce employment contracts where the employment contract stipulates the place of work in the office. Where the contract is silent and the employee has been working from home for a period of time, it will be difficult for the employer to enforce a return to the office. Beyond that, the onus is on both parties to justify the approach to hybrid working one way or another. Negotiating and agreeing on a way forward, with the agreement being confirmed in writing, will allow for the relationship between the parties to continue favourably.

As we are already beginning to see, some organisations are looking to link home working with a salary reduction. In general terms, an increase in this trend will likely result in court action from employees with a potential knock-on effect on future legislation. Additionally, companies are likely to see a downturn in candidates wanting to work for them.

Hybrid working is not for everyone, and neither is working in the office. The ability to work from home and in the office has allowed so many to return to work when sole office work precluded them from working before the pandemic.