The BBBAwards celebrates the best Black talent in British business 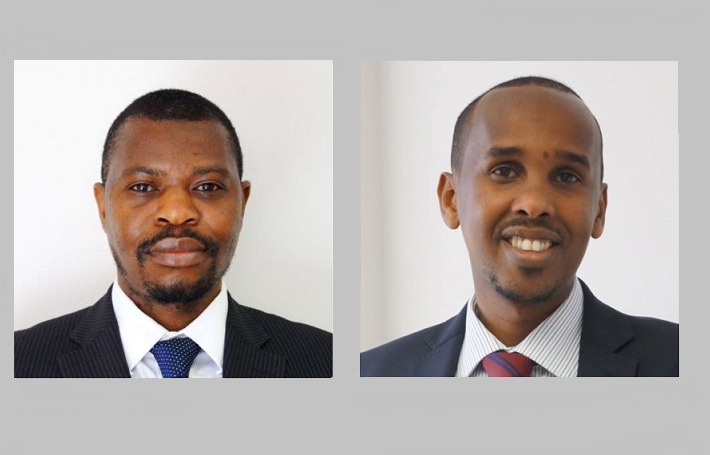 16 winners announced at the 2021 Black British Business Awards, including the founders of First Response Group.

Edgar Chibaka and Jamal Tahlil, Co-Founders and Directors of First Response Group Ltd, were announced as the Business Persons of the Year at the Black British Business Awards virtual ceremony on 07 October 2021.

These inspiring entrepreneurs immigrated to the UK from East Africa in 2007 and built their security, fire and facility management solutions company from scratch. In July 2021, they reported over £25 million in revenue.

Accepting their win, Edgar said: “We are thrilled to be winners and so grateful to our families, with us celebrating our achievements. We know this is the start of a new journey and that we are joining the BBBAwards Hall of Fame. And for that, we will be the greatest ambassadors. Jamal and I know how difficult it can be, the challenges out there and how we have overcome them.

“We want to tell a good story and motivate others, as it is possible.”

Hosting the celebrations this year was TV presenter Brenda Emmanus, who opened the ceremony by welcoming Prime Minister Boris Johnson to the screen to say a few words.

He congratulated this year’s extraordinary finalists and added: “Your energy, your genius, your creativity, your drive are really something to celebrate. I want to thank Melanie Eusebe MBE and Sophie Chandauka for giving us the opportunity to recognise the amazing achievements of Black entrepreneurs and professionals at home and abroad.

“People look to British business for the example it sets. And people from Black and minority ethnic backgrounds are increasingly central to that success story. If you are a young person or someone looking for a new idea or career, I am certain that you will find these awards huge inspiration.”

This year’s winners represent some of the UK’s top corporate leaders and creative disruptors excelling in their respective fields. These professionals not only stand out as role models and substantial contributors to the UK economy but are also celebrated for their willingness to drive equitable change within their sectors and in society.

The theme for the 2021 Awards is ‘#Amplify’. The last eighteen months have brought into sharp focus the need to acknowledge and elevate stories about value creation and cultural impact emanating from the Black community in the UK. The BBBAwards continues to #Amplify Black professionals and Black voices, careers, backgrounds, and experiences across all sectors and sections of the UK.

Sophie Chandauka, Executive Founder and Chair of the Black British Business Awards, said: “It is an honour to shine a spotlight on this year’s winners who are not only doing remarkable things in their organisations but also in their personal lives. The ingenuity, resilience and commercial savviness of our rising stars is breathtaking. This year’s senior leaders epitomise the meaning of ‘role models’.

“They are leading significant commercial functions whilst acting as wise counsel for their investors, boards of directors and rising talent during the pandemic and period of social unrest. Congratulations again to all of this year’s winners and finalists.”

Cecil Peters, Head of Advancing Black Pathways in EMEA at J.P. Morgan, said: “We’re proud sponsors of the Black British Business Awards here at J.P. Morgan. We never fail to be moved and inspired by the stories that emerge during the ceremony.

“The Awards shine a light on a remarkable group of people striving to innovate and drive meaningful change. We extend our heartfelt congratulations to Edgar and Jamal of First Response Group Ltd and all of this year’s finalists.”

This year, the BBBAwards introduced two honorary awards. First was The Influencer of the Year Award, which celebrates a Black individual who has shaped public opinion on a topic significant to the perception, treatment, and legacy of Black people in Britain. Marvyn Harrison, Founder of Dope Black Dads, was crowned the winner.

The second honorary award was The Ally of the Year which celebrates an individual who, despite not being Black, has been actively involved in the advancement of Black professionals and driving systemic changes that have differentiated outcomes for Black people within their organisation or sector. This award was given to Kate Priestman, Senior Vice-President at GSK.

Influencer of the Year

Ally of the Year

Alessandra Madubunyi, Director at WE are COCO