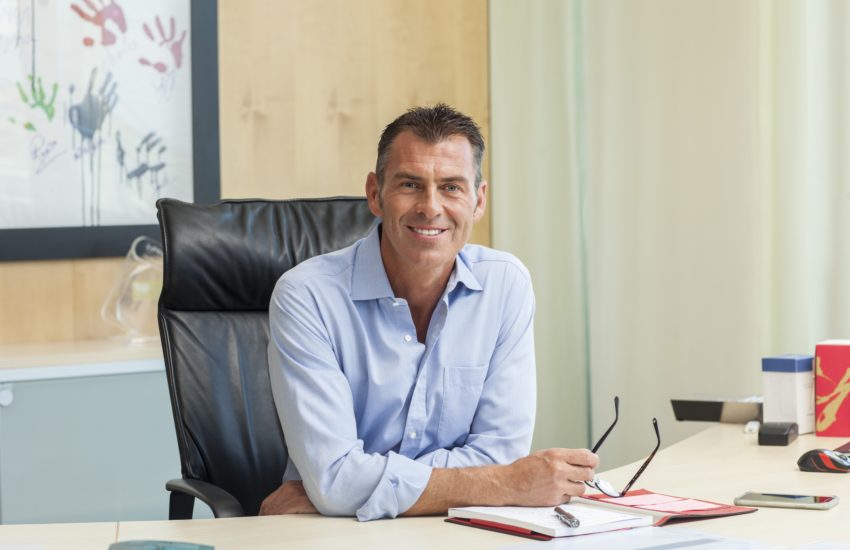 Philip Morris International is the first employer to obtain the global EQUAL-SALARY certification.

Charles Bendotti, Senior Vice President, People and Culture, was the driving force behind achieving EQUAL-SALARY certification at PMI. Here he discusses how it supports diversity and inclusion as well as benefiting the company and wider society.

“I cannot perceive or agree on a world in which my daughters will be paid less for the same job as my son because they are women,” says Charles Bendotti.

His belief in equality – across nationalities as well as genders – has deep foundations. His Italian father emigrated to France at the end of WWII, where he suffered from discrimination. The experience prompted him to instil in Charles and his sister that they, “will never do to others what they did to me”.

Then, while working in Asia, he was struck by how vast the male/female equality gap in society was generally, and particularly on salary.

This experience, together with the personal reasons above, motivated him to address the imbalance. And, as Senior Vice President, People and Culture at tobacco giant PMI, he was in a position to achieve it.

“I thought, what if PMI will be the place that can say we pay male and female employees in the same manner,” he recalls. “And what would that bring to PMI in terms of talent and the image of the company?

“That is when the EQUAL-SALARY certification came to mind because I saw so many companies going down the stock options route. We do that as well, but in my mind, it was too generic. I aimed to differentiate us and create a place where, regardless of where you are in the world, you are treated the same. It was an amazing opportunity to do what is right for PMI, but also society at large.”

The EQUAL-SALARY certification should not be confused with the gender pay gap. It means that if, for example, you are working in Pakistan, you will receive the same pay for that specific job as anyone else in that country. Salary levels differ depending on geography.

Adopting the system meant that PMI had to obtain certification for each of the 57 countries in which it operates – a process that took almost two years to complete.

The methodology started with a quantitative analysis of the compensation data, including the number of employees, their jobs and pay rates. PWC then identified any gaps.

“Next, PWC sent back the data and spoke to each country to measure their commitment to acting on equal salary,” Charles explains. “That was the first step.”

The second step involved focus groups with female employees in each location, to find out if PMI was ‘walking the talk’. PWC then reviewed HR policies and practices to ensure there was no bias. Each country was told of any gaps in salaries, as well as policies and how to proceed. It was only until the issues were addressed that they could be certified. Countries were required to develop an action plan, which PWC checked had been implemented a year later.

“This is the qualitative side of which has the added value of going way beyond the certification,” says Charles. “It has helped us to give a voice to diversity and inclusion, and we moved from talking to doing.”

“For the organisation but as well for the line leaders, it is now part of our jobs. This is not a nice-to-have; it is essential. If, as a leader, you don’t do it, PMI is not the right place for you.

“To summarise, the job is not only about volumes, market share and personal ambitions. It is also about equal pay, inclusion and diversity. And that’s a massive benefit to get out of it.”

Charles admits to being surprised by how readily people embraced the concept, despite the many other project initiatives within the company. Also, not least, the amount of time and resources needed to achieve the global EQUAL-SALARY certification.

The reason, he believes is that “people understand that there won’t be a ‘new’ PMI. We will never be able to achieve our mission and vision if we are not fully inclusive and attractive to everybody – male and female, from all over the world.”

PMI has set a target of at least 40% female managers by 2022. The figure currently stands at 35.5% and represents an increase of six percentage points since 2014.

Charles says one of the difficulties is that working for a tobacco company doesn’t have a wide appeal for women. Time is also an issue. He explains: “You cannot always keep the job open for years and years until you find the right candidate because the competitive advantage is running out. We have created a unique programme that will enable women to develop and access senior positions as quickly as possible.

“But we will never compromise on meritocracy. There is no woman I have met that wants to be promoted because she’s a woman. They want to rise through the ranks on merit.”

While he feels that diversity is easier as it involves building the mix. Inclusion is much harder because you have to make the combination work together.

Charles would advise other organisations to follow PMI’s lead on obtaining certification for EQUAL-SALARY. He adds: “There is a point in time where multinationals will have to understand that we have an obligation that goes way beyond just value, market share and finances.”

In tackling diversity, using the correct vocabulary was important. Charles has lived and worked around the world and appreciates that when you don’t know the culture, it is possible to cause offence. And, worrying about causing offence may prevent important conversations. He advises making intentions clear, even if the vocabulary is not perfect.

Finally, Charles stresses that getting EQUAL-SALARY certified was not about promoting PMI but was aimed at building a movement to take on one of the most important topics in the world. His message is: “If I can invite anyone to join that movement that wants to learn from it, we can help and share what we have learned. It’s much, much bigger than us.”