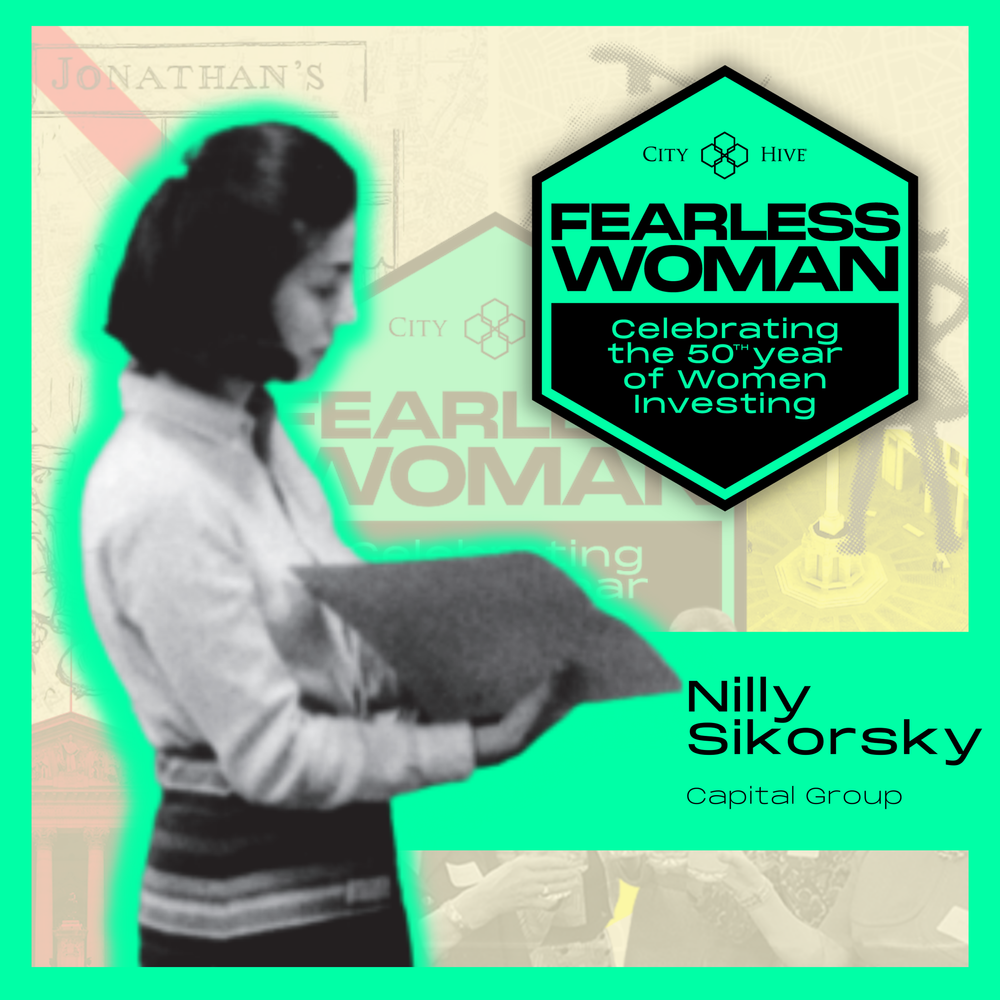 Sikorsky (pictured) played a significant role in shaping the investment world as we know it.

DiversityQ, ESG Clarity, and What Investment are proud supporters of City Hive‘s year-long ‘Fearless Woman’ campaign to celebrate half a century of women investors in the UK.

Only in 1973 were women first admitted to the London Stock Exchange, and City Hive will be releasing videos and blogs for the Fearless Woman campaign over the next 12 months to celebrate the investment industry’s progress on gender inclusion since then.

Over the next year, the think tank and advocacy group seeking to help build a more inclusive investment management industry will celebrate how far the industry has come in welcoming women and enabling their progression and success. But more needs to be done.

Below, we acknowledge the success of veteran portfolio manager Nilly Sikorsky, who worked in the industry for over forty years and is a shining example of female resilience, determination and the value of difference in stimulating innovation; making her a role model for many in the industry, and beyond it too.

While she wasn’t one of the first women to walk through the doors of the exchanges, Nilly Sikorsky played a significant role in shaping the investment world as we know it, and specifically the tools that we use.

The Morgan Stanley Capital International (MSCI) Indices, used as a measurement of stock market performance in a particular area, are widely recognised and respected across the world. However, what is less known is the fact that the indices were an innovation of Capital Group in the 1960s, a firm that counted Nilly Sikorsky as one of its associates at the time.

Capital Group made the assertion that investors and companies would need to be viewed from a global rather than national perspective, and the tools used by the industry would need to reflect this. In 1968 Nilly became Managing Editor of Capital International Perspective the global benchmarking indices that would go on to be known as the Morgan Stanley Capital International Perspective.

Even beyond helping with the invention of the MSCI Indices, Nilly continued to rise through the ranks at Capital Group. She went on to become a portfolio manager in 1971 and was elected President of Capital International S.A in 1985. Nilly would eventually retire in 2010 having reached the position of Managing Director, Europe for Capital Group International Inc.