Consumers call for brand advertising to capture their lifestyles and cultures 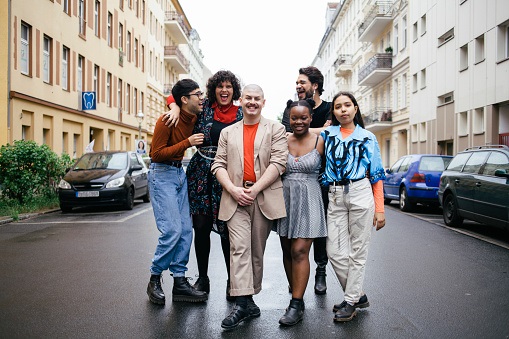 Queer group portrait. Group is standing on a city street. Part of the LGBTQ Portrait series. Credit: Willie B. Thomas

Nearly 80% of people globally say it isn’t enough to have people of various ethnicities, backgrounds, and appearances in advertising but that they expect companies to do a better job at capturing people’s true lifestyles and cultures.

Also, six in ten people prefer to buy brands that are founded by or represent people like themselves, according to new research by Getty Images’ creative insights platform Visual GPS, in partnership with YouGov.

The results of the Visual GPS Summer Update hold steady across generations and gender, with only modest differences across global regions.

“The first Visual GPS study conducted before the COVID-19 pandemic showed us how important representation is to people and we continued to track this through the last four months,” said Dr Rebecca Swift, Global Head of Creative Insights at Getty Images.

“The Summer Update shows that amid the COVID-19 pandemic and despite massive changes in people’s lives, the demand for more diversity in visual communications has only increased.”

From May to June alone customer searches on the Getty Images site for diverse images increased by 200% and, searches for images around unity and equality increased by 500%  –  trends the company believes further intensified as a result of the Black Lives Matter anti-racism protests throughout June.

“Our data and research tells us there’s a clear appetite to tell, hear and see inclusive stories, but brands and businesses must go beyond tokenistic inclusion to intentionally create advertising and business communications which truly capture people’s authentic lifestyles and culture,” said Dr Swift.

Visual GPS findings’ on representation form part of a larger body of ongoing quantitative research that deals with global issues, by industry segment, related to the use of visual content and is the latest effort by Getty Images to address under-representation and misrepresentation of different groups in visual communications.

The company has spent over a decade working to break down stereotypes and create more authentic content which it has done through commercial imagery collections including Muslimgirl.com, Nosotros, The Disability Collection and Project ShowUs.

Visual GPS has been exploring how consumers are influenced by four key “Forces”—Technology, Sustainability, Realness and Wellness—and what that means in terms of their decision making. The new insights stem from the second global survey Getty Images has undertaken in partnership with YouGov, involving 5,000 consumers across 26 countries and in 13 languages.

Findings around bias and discrimination

The Visual GPS Summer Update found that most people encounter bias, with six in ten (62%) feeling they have been discriminated against. Notably, this particular sentiment is more common among Gen Z relative to other generations, among women relative to men, and by consumers in the Americas, relative to Europe and APAC.

Respondents in North America, relative to Europe or APAC said they experience discrimination based on the colour of their skin (57%) and more so than any other region, discrimination is seen as being based in people making assumptions about their background (53%).

In Europe, those who feel discriminated against based on race/ethnicity are most likely to say this is because of assumptions about their nationality or country of origin (56%).

Of people who feel they have been discriminated against, only 14% say they are well-represented in advertising, and business communications are only marginally better at 15%.

“We recognise our challenge and opportunity in supporting our global customer base toward content choices which reflect consumer preference. This research will form the basis for several tools which will help brands and businesses on this journey.”

Along with the report, Getty Images has released an Inclusive Visual Search Guide. Based on Visual GPS’ research findings, the tool aims to assist brands and businesses in making intentional content choices which drive authentic and inclusive representation in visual communications.