Award-winning producers lead the way in diversity in film 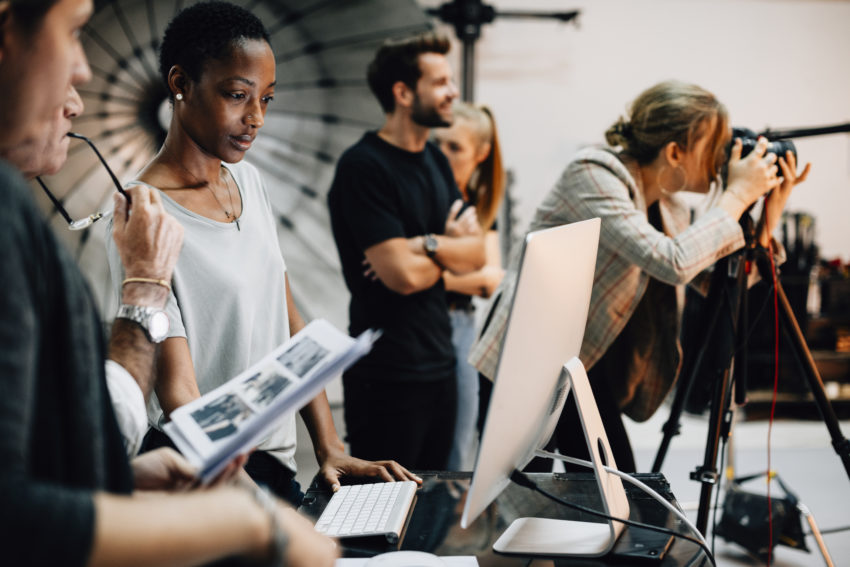 The Calculus Creative Content EIS fun embarks on a new project with two producers set on improving diversity in film and TV.

The Calculus Creative Content EIS Fund has invested in Home Team, a production company founded by Dominic Buchanan and Bennett McGhee. Home Team will operate in the international film & television space, with a focus on the development and production of high-end, wholly inclusive feature films and television series.

This announcement comes just after the Academy Awards released their new eligibility criteria for the ‘Best Picture’ category. The new criteria focus on diversity in four sections, and a film must have at least two of the four to be eligible for a nomination.

The first criterion requires a film to have: one lead or supporting actor from an unrepresented group, 30% of the ensemble must be from an underrepresented group and storylines must have a focus on those groups.

Under their new banner, UK-based Home Team will harness the reputations of its two producers in championing exciting new voices, to build on an already impressive development slate.

Investment for Home Team comes from the Calculus Creative Content EIS Fund, launched in June 2019 in association with the British Film Institute. The BFI initiated the project to help generate a new wave of investors in the UK creative content industry and to support the growth of dynamic and ambitious UK production companies such as Home Team. Stargrove Pictures, the film/TV finance specialists, acts as an adviser to the fund.

John Glencross, Chief Executive of Calculus, said: “We are thrilled to be making this investment in Home Team. Dominic and Bennett are two of the most exciting producers to emerge in the UK in recent years. They have already shown their ability to develop ground breaking productions which are both critically acclaimed and appeal to a global audience.”

On Home Team’s launch, founding partner Bennett McGhee said: “I’m blessed to be partnering with Dominic and starting this new venture together, and thankful for the incredible support from the team at Calculus, Stargrove and the wider industry. We’d sown the seeds of these plans for a while, and it’s incredibly exciting to now see them come to fruition, and champion projects from talent we believe in.”

Co-founding partner Dominic Buchanan also added: “Home Team will be a genuine home for talent, we’re continuously driven to realise our wildest ambitions, and want to move the needle with everything we do. Fortunately, Bennett and I are now truly empowered to do so!”