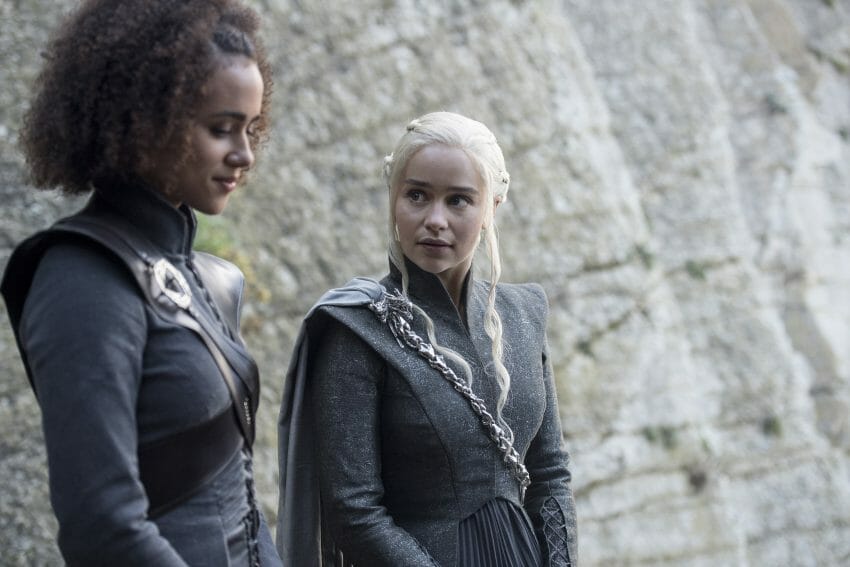 The second instalment of DiversityQ’s Game of Thrones series analyses the strategic qualities of the characters Daenerys Targaryen and Missandei.

This week, as the much-anticipated final season speeds towards its conclusion, DiversityQ takes a closer look at the minority characters in Game of Thrones and how their diversity not only enriches the plot but helps those in power, stay in power – similar to what happens in the world of business.

Like Cersei Lannister, this silver-haired dragon queen has one goal in mind, but unlike Cersei, she isn’t so caught up in her own selfishness that she’s willing to kill/disown/betray anyone who tries to divert her attention.

Which is why, en-route to Kings Landing, she finds herself in the North fighting Jon’s Snow battle with the White Walkers. What makes Daenerys a compelling character and preferable choice for her throne is the fact that while she has a temper as fiery as her dragons and is as brave as her Unsullied army, she’s also fiercely loyal and just plain fierce.

As a leader, one of her biggest strengths is that she surrounds herself with positive influences, like Jorah and Tyrion – who are able to rein back some of her impulsiveness and guide her towards the right path. Likewise, business leaders could do well to adopt the same attitude, by choosing expert advisors who don’t just say yes. And when she doesn’t listen… well. That’s when things go horrifically wrong.

Missandei of Naath starts off a slave in chains but she is far from the subservient slave she appears to be at first glance. Loyal, brave, strong and intelligent, once freed by the Mother of Dragons, she becomes a trusted friend and advisor. But it’s her language skills that help her rise to the top. Missandei speaks 19 languages and starts off as Daenerys’ interpreter.

Yesterday we explored the character of Cersei Lannister. Tomorrow we take a look at her brother Tyrion Lannister.