Women in IT need to be more vocal and less shy 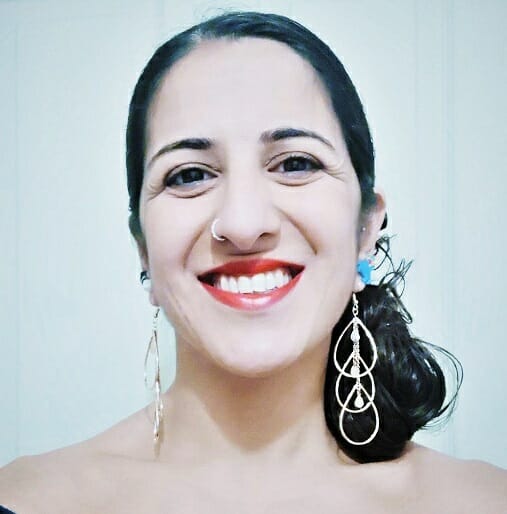 Sabrina Karim, IT Product Implementation Specialist at Sophos, shares why she would like to see more women in the industry.

Sabrina Karim, IT Product Implementation Specialist at cybersecurity company Sophos, talks about her career and why she would like to see more women in the industry.

“If you want it, go for it – the only person that’s ever going to stop you is yourself,” is the view of Sabrina Karim.

She has risen from a part-time role in technical support to become the industry’s only female IT Product Implementation Specialist.

Sabrina attributes her success to a love of hard work combined with an insatiable thirst for learning. Also, her managers, all of whom have been male, have never put obstacles in her path. In fact, quite the opposite.

“Since my first role in 2005 they’ve all been so encouraging,” she says. “Even when I say, ‘I’m bored, I need to be challenged’, no one’s ever hindered my progression, which has been fantastic.”

Following stints as a waitress, then a chef, bar work and retail, she fell into IT by accident when she accompanied a friend to a job interview with an ISP company. The manager of technical support asked if she’d be interested. At the time Sabrina could only work 10 am until 2 pm as she had to drop off and collect her daughter from school.

Since then, she has worked her way through the ranks to her current role at IT security firm Sophos, learning on the job and bolstered by a series of formal training courses, including gaining a degree in computing and design.

>See also: 7 entrepreneurs leading the way for women in technology

“I have this insatiable thirst to learn all the time,” says Sabrina. “The degree was my choice and then the other training came along as part of my job. Sophos always encourages you to do training, either regarding your role or if there’s something you want to learn on top of what you’re doing now.”

The company also provides employees with personal and professional development plans to aid their career paths and support those wishing to expand into different areas.

As IT Production Implementation Specialist, Sabrina is responsible for ‘dogfooding’ Sophos products. That means internal testing of new software to find and fix any bugs. The work includes advances in Endpoint Detection and Response, machine learning, file scanning, encryption and mobile device management.

“I deal with all of that within our environment, testing it to make sure that it works and that we are picking up errors and issues, acknowledging any false positives and all our data is in encrypted files,” she explains.

“So, it’s only at that point where we’re happy within the Sophos environment that everything is working as it should, then it can be released to customers.”

With cybersecurity increasingly in the spotlight, Sabrina is confident that organisations are more secure than they were a year ago through keeping up-to-date with the latest releases. Sophos is continually upgrading and improving its products to stay ahead of the game. That includes more depth in its scanning and more features to support endpoint antivirus software, as well as filtering and application control.

She warns that hackers will try every which way to invade computers and mobile devices. Through web management and advising users not to download from unknown sources or click on suspicious-looking links, Sophos aims to protect customers from hacking.

Her advice to customers is: “Don’t agree to anything, don’t download anything, just be vigilant. And, if you’re not sure, don’t go there, don’t click on it, don’t try and read it, just report it to us.”

IT security is not scary

While there are quite a few women in a range of jobs, from service support and sales to engineering and senior positions, she would still like to see more coming into the industry.

Security, particularly, has tended to be male-dominated. Sabrina is not sure why security has appeared to be off-putting to women, even scary. However, things are changing.

She thinks that women need to do more to encourage others. “We need to be a bit more vocal and a little less shy. Say ‘hey, this is what I do, it’s not as scary as it sounds and come and have a look.’” Talking about it breaks down the perception that security is a male-oriented area.

It’s not just about levelling the playing field. Having more women on board brings business benefits. Why?

“We think differently for one, so the ideas that we may have, or our perception, varies,” says Sabrina. “We’re a bit more open, a bit more innovative in our way of thinking and bring a different type of balance to things.”

Sabrina is a perfect example of what can be achieved through dedication and commitment. She is justifiably proud of her position. “It’s a lot of hard work but I love it.”

>See also: Diversity in cybersecurity: how to close the gender gap