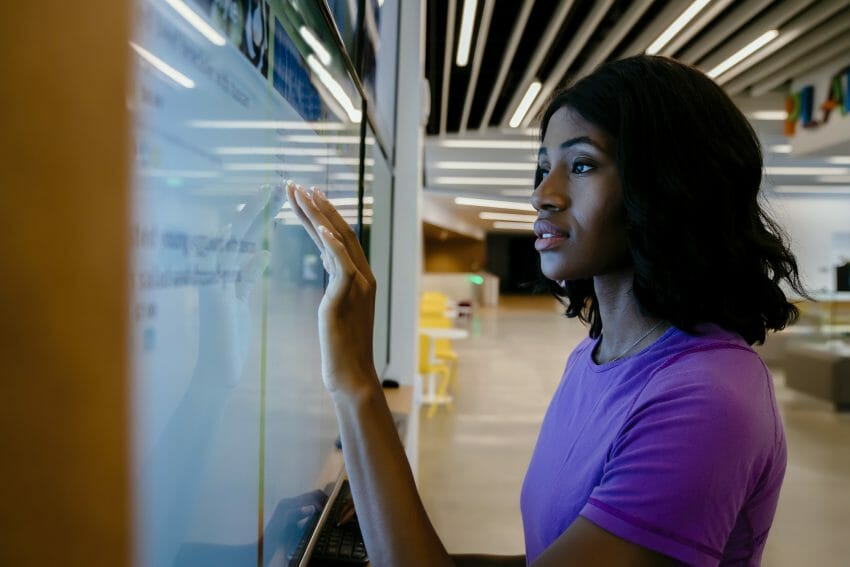 Diversity in tech can boost the bottom line: when an organisation’s executives are at least 30% female, it leads to 15% gains in profitability

There’s no point for IT leaders waiting for their business to make sweeping changes, they can inspire change themselves.

There’s no hiding behind the fact that there’s been a diversity issue within IT and technology for a number of years. I’ve been to numerous conferences where panels consist of white middle-aged men, and the audience watching this panel is very much the same. I’ve interviewed dozens of CIOs over the last seven years, and the large majority fit the same mould  – while the same goes for CEOs, CDOs, developers, and almost any position within tech.

For what is the sector that is shaping all sectors, that isn’t great to hear.

Looking at the latest stats of the Harvey Nash/KPMG CIO survey 2018, it seems that IT leaders appear to be happy with their record for promoting inclusion and diversity in the technology team; 19% report that they are ‘very successful’ and a further 63% ‘moderately successful’. Only 18% feel that they could do much better. But the fact that only one in five members of the tech team are female, suggests that there is a disconnect between what is being done and the actual results.

Apart from the obvious reasons to encourage diversity within any sector, there are several big business reasons. Since I started writing about tech, report after report has suggested that there’s an IT skills shortage – the most recent of which are focused in cloud computing, software development, DevOps, cybersecurity and data science – by encouraging more diversity within the workplace, you’re opening up a bigger pool of potential talent.

Perhaps more interestingly from a business perspective, according to Harvard Business Review, when an organisation’s executives are at least 30% female, it leads to 15% gains in profitability and can be an advantage to recruiting and retention. Other reports have suggested that other forms of diversity – be it race or religion – can strengthen the services a company offers, bringing with them a broader range of experience, skills, and understanding of the customers businesses are trying to serve or work alongside.

Arsenal FC IT director Christelle Heikkila says that CIOs should definitely have an influence on increasing diversity, even if that is by setting an example alone.

“An obvious challenge for IT, in general, is the lack of females in the industry. I take the responsibility of being a role model for females in IT seriously. Based on my experience of being a female leader I know it really matters to other women to have someone of their own gender to look up to in their career. I also feel I am in the position to support women in their careers because I understand first-hand some of the challenges they face,” she says.

I have been interviewing more and more female IT leaders over the last few years, and this is backed by a (slow) upward trend for female IT leaders, from 7% in 2012 to 12% in 2018. Still not enough – but thankfully it’s increasing, and as long as many take Heikkila’s role model stance, it will increase even more swiftly.

But with so many CIOs fitting the traditional mould, it’s important to hear what, if anything, they’re doing to influence greater diversity in the workplace.

Rugby Football Union (RFU)’s technology director Jonathan Conn tells me that when he got to his role two years ago, the organisation went through a big restructure where they increased the about of women on the team.

“That was on merit, but it changed the dynamic – and as an organisation, it makes it fairly healthy in what has been a male-dominated sport,” he says.

Heikkila has mentioned in the past that she didn’t even consider a CIO role until she realised she had the skillset retrospectively, partly because she was a working mother. She now takes pride at such a senior role in what is a male-dominated sector, within a male-dominated sport.

Working mothers in IT is one reason that RFU’s Conn has introduced more flexible working options for his team.

“It’s about flexible working, and it’s not just related to women but we’re seeing a lot of young families in the team with young children – everyone is struggling to maintain what has historically been traditional hours of working and we’re trying to eradicate that,” he says.

Heathrow CIO Stuart Birrell says CIOs can have a huge influence – citing some of his success in the area: his department consists of 30% female and 30% ethnic minorities.

“This benches very well against big tech companies like Microsoft or Amazon but it’s still not good enough,” he says.

Birrell personally sponsors the Women’s Network, an initiative to encourage women to push forward in their careers and not be tied down to stereotypes. Meanwhile, Heathrow itself tries to work with primary and secondary schools with different challenges for younger people to increase interest in STEM careers, ensuring that there is a 50-50 split with boys and girls. This has had a domino effect, with interns coming through Heathrow as graduates.

“I do think CIOs have a bigger impact than most people give us credit for, and we need to use that influence to do more,” he says.

Part of the issue is how much influence CIOs actually have on the recruitment process. Often, this is driven by HR or an external agency.

Heikkila says that any initiative that a company really values – including diversity – cannot be perceived as being fully authentic if it only comes from HR. Every department needs to be involved, particularly as they all have their own particular diversity make-up. This then comes from the boards and the CEOs of the companies too – but that doesn’t mean CIOs can’t have an influence even if their businesses are not making strides themselves.

Barclaycard CIO Keith Little suggests that diversity is a big agenda he is pressed with – and one of the ways he is tackling this is to deploy people to ensure recruitment is balanced and that there is a balanced panel present in the interviews and overall process. The company is also ensuring it’s not hiring anyone purely because of their background – or as a ‘token’ – by first using headhunters to produce a balanced shortlist of credible talent.

“We have a concerted effort on diversity, particularly on gender, given that the first female programmer was Ada Lovelace. I totally agree [that CIOs are generally from the same background] – but I’ve seen in the last 10 to 15 years, particularly that gender has become stronger. I know talking to CIOs, it’s a much more important area, and there’s some very talented female CIOs in the space,” he says.

What can CIOs do to inspire and motivate diverse candidates?

Sometimes, it’s just about listening to the views of people representative of certain ages, races, genders or sexuality.

“I think this makes a difference because only they fully understand what it feels like to be in their position and what they need,” says Heikkila, adding that certain practical steps may be more helpful for some females than inspirational talks.

The best initiatives, she says, are where there is a coherent diversity strategy.

“The component initiatives of that strategy are then managed as a programme of work using standard programme disciplines to track and manage progress,” she says.

I’m aware that in this feature alone, I’m giving the views of CIOs that fit the traditional mould. But the truth is, it is CIOs like this that are encouraging change which we should highlight, so that in the years to come, we will be hearing from a far more diverse set of technologists and CIOs.

There are some great initiatives by government and industry to make IT and tech more open and inclusive as a subject to study, and even groups like Jeneo which aim to boost diversity at tech events. But CIOs can have the biggest influence of all, by hiring a more diverse team, they’re essentially hiring a new set of role models that will one day become IT leaders themselves.

> See also: How do we get more women returning to work to retrain into tech?

Sooraj Shah is a freelance journalist More by Sooraj Shah