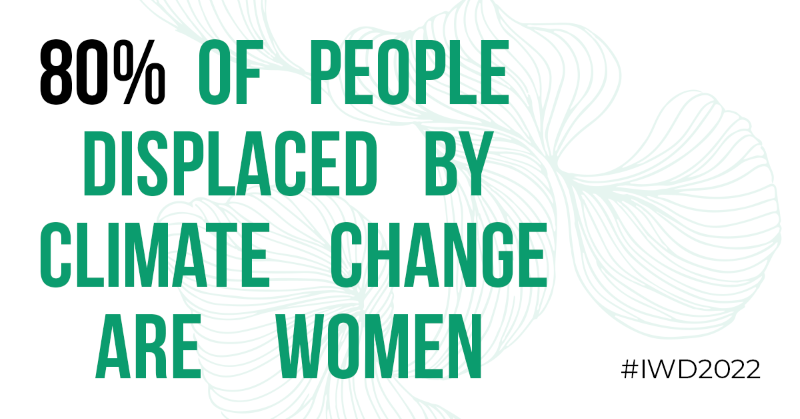 The research comes from HeForShe, the UN Women’s organisation.

Gender equality has been demoted to the 10th most pressing global issue, with climate change, war, and healthcare concerns taking higher spots.

While three-quarters of people (77%) believe climate change is a top-line issue, only 59% of people view gender issues as seriously. These were the findings of new research by TEAM LEWIS Foundation, which helps charities achieve their goals, and HeForShe, the UN Women’s organisation, to engage men and boys in support of gender equality.

These statistics show that many people don’t realise the gendered dimensions of climate change; once respondents learned that 80% of people displaced by climate change are women, they expressed “surprise, sadness, and disbelief.” After learning this, over half (57%) said it made them “extremely or very concerned.”

Despite the evident lack of knowledge about the impact of climate change on women, a clear majority of respondents, (75%) believe that women should play a central role in government solutions for fighting climate change.

These findings should show that the world’s most serious issues, including gender equality, climate change, conflict and healthcare, can be deeply interlinked, with minorities such as women, ethnic minorities and those from less advantaged backgrounds likely to be more affected, and should help organisations take a more intersectional approach to solve these issues.

Edward Wageni, Global Head of HeForShe, added: “Gender equality needs to be a priority for all of us. This research shows that when gender inequality is highlighted, the vast majority want to take action. Together we can work towards a more gender-equal and sustainable world. Men can play their part as allies by amplifying women’s voices and lifting the stories of others.”