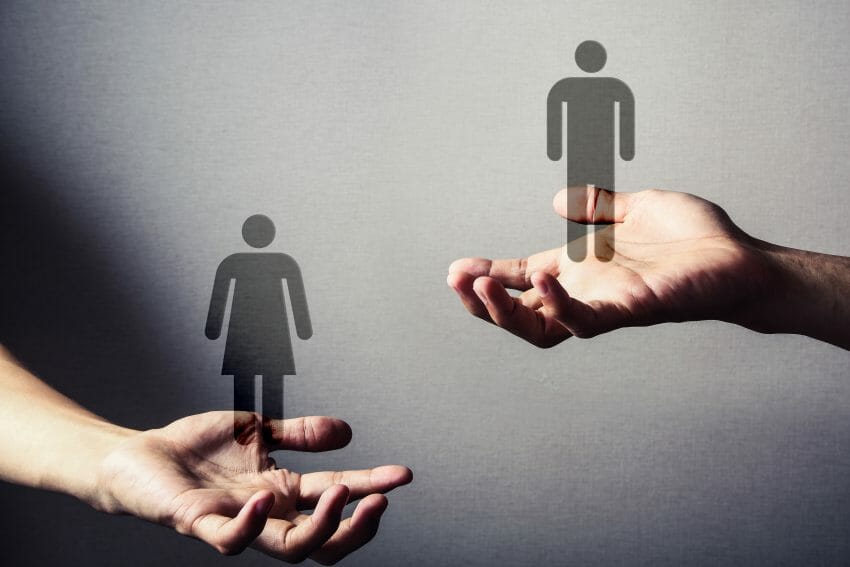 A new study powered by artificial intelligence has found that women still face “massive gender bias” in the UK workplace.

The survey, published by T Statistical Society was the first of its kind, being powered by artificial intelligence. It found in particular that 82% of all CEOS, 92% of chairpersons and 73% of directors are male.

This study shows that whilst great strides have been made in gender equality in the workplace, there’s still a significant amount left for us to overcome. Amid the #MeToo and #TimesUp campaigns, mandatory gender pay reporting and a push for more women in senior positions, this is particularly evident in the 2019 workplace.

The BBC  released gender pay gap analysis which has found that four in 10 private companies that have published their latest gender pay gap are reporting wider gaps than they did last year.

There are many steps that businesses can take to facilitate a diverse and inclusive work environment. One major factor preventing gender equality is the pipeline problem. If organisations are to address the low number of women in more senior-level positions the first step is to increase the pipeline of talent by driving recruitment of women at a graduate and apprentice level.

But it doesn’t stop there. It’s easy enough to put in place initiatives where half of a company’s graduates employed are women, but this shouldn’t be seen as a box-ticking exercise.

Women need to be properly retained and included with an organisation, and the introduction of women’s networks, for instance, can be vital in ensuring women receive the proper support and advice they need.

But it should be the responsibility of the senior team to take the lead by championing women within their organisation, and encouraging senior women to act as mentors and role models. This study is a stark reminder that businesses need to step up and actively change if we are to conquer gender inequality in the workplace.

With the deadline for companies to publish their second gender pay report fast-approaching, it’s concerning that four in 10 private companies that have published their latest gender pay gap, are reporting wider gaps than they did last year.

Creating a collaborative environment which is open to different ideas, perspectives and styles of thinking is crucial for any business. The fact that we are seeing widening gender pay gap points to a simple truth – there needs to be a collective effort to create environments where women can succeed.

As gender pay gap reporting is a critical step in any plans to attract, retain and develop a diverse talent population, there is an opportunity to improve the performance of the entire business – creating a vibrant, nurturing and exciting place to work. And so when reporting any pay gap, businesses must be honest.

Employees and customers want to hear how the company feels about any gap and what they’re doing about it. The time has passed for apologising for gender pay gaps, this should be about taking action and closing them.

To ensure we’re seeing more women in those higher paid roles, it’s clear organisations across all industries need to be supporting and fostering female talent early on and throughout their careers, helping them to successfully move up the ladder.

After all, with 70% of women aged 16 to 64 in work, organisations that fail to foster a whole group of talent properly in the workforces will prevent the UK from seeing a prosperous economy.