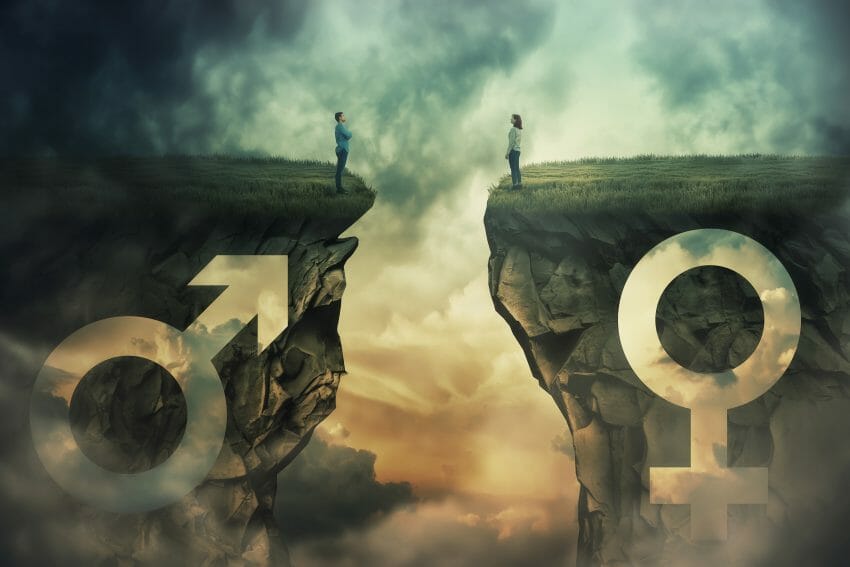 Graham Oates, CEO at Norrie Johnston Recruitment (NJR), the executive search and interim management agency, discusses the company’s latest research into the disparities between the salary expectations of men and women – the gender pay gap…

When gender pay gap statistics were made public for the first time in April 2018, it was revealed that an incredible 78% of companies and public-sector bodies pay men more than women.

Since the legislation came into force, some progress has been made in narrowing the gap between male and female salaries. Indeed, research by the Office for National Statistics suggests that the average pay gap has dropped from 9.8% to a record low of 8.6% since April.

Progress still to be made

However, whilst this is undoubtedly a positive step in the right direction, the problem has far from disappeared, and there is much progress still to be made. Just last month, it was reported that a quarter of gender pay gap submissions since April have been non-compliant, suggesting that many businesses are still unable or unwilling to clearly state their gender pay gap. Further to this, the new law continues to come under fire from critics, with many arguing that the new legislation needs to apply to all businesses in order to make a real difference to the wider problem.

Keen to find out more about the issue, and what can be done to tackle it, we undertook research amongst over 6,000 senior and board-level candidates to examine the very latest salary expectations of both men and women. The results were clear. Comparing senior level men and women in like-for-like roles, we found that overall the women expected to be paid less than men in almost every role we researched, suggesting that the gender pay gap exists even in the very top roles.

For instance, the average salary expected by male non-exec directors (NEDs) was £106,935 whereas women going for the same NED roles expected £83,125. That’s a 25% difference. When it came to customer service heads the difference was still 22%. For finance directors, it was 14.5%, and for chief operations officers and sales/business development director roles, the differences were 13% and 12% respectively. Things were less marked for MDs/CEOs at 2.5%, senior change managers 7.5%, facilities managers 3% and marketing directors 3%, but there was a gap all the same, and every time it was in favour of men.

There were a few roles where there was almost parity, namely HR, supply chain management and IT programme management. In the case of chief technology officer roles, the difference was actually tipped in favour of women, but these were the rare exceptions to the rule.

Analysis of the salary expectations of senior interim managers also revealed a gap between what male and female candidates expected to be paid for eight of the 13 senior interim roles studied.

It is important to be clear that companies are not coming to us with the expectation of paying women less than men for senior roles. The differences we’ve recorded are the salary expectations set by the candidates themselves. However, it’s fair to assume that these candidates are basing their salary expectations on their most recent roles. If that’s the case, then the results suggest that women are finding themselves on a career trajectory which culminates in them being on a salary which is out of kilter with their male counterparts by the time they reach a senior level.

So what advice do some of the most successful women in UK business have for tackling the gender pay gap?

Miriam Stoppard, British Doctor, author and television presenter, believes it is vital that women demand fair judgement from the very beginning of their career. Offering her advice to women, she says: “Insist on being judged according to the same criteria as men and being rewarded in the same way and on the same scale. Do not work for any person who deviates from this and, if necessary, leave an organisation that doesn’t see women equally with men and find one that does.”

Many successful women also recommend using mentors, ideally someone who has already made it. They argue that being able to draw on their experience can only help with confidence, early career decision-making, pay negotiations and so forth.

>See also: Why mentorship is important in the modern day workplace

As an interface between organisations and the talent they employ, executive recruiters also have a role to play in tackling the gender pay gap. At NJR, we work hard to ensure that all our candidates are fairly evaluated for all roles and are properly remunerated based on the value that they can bring, irrespective of gender. It’s something we’ve always done and will continue to do.

To find out more about NJR’s analysis of salary data, you can download the full report, Women, Pay & Progress – closing the gender pay gap.