My Bravest Year: tackling gender inequality in the tech industry 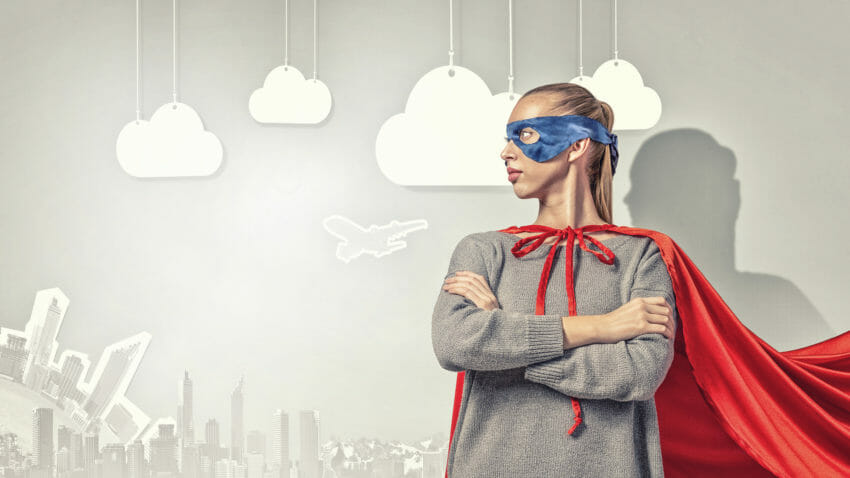 How female leaders in technology are learning to be brave, confident and more assertive to overcome gender inequality.

In 2018 The Bravest Path coaching and development consultancy offered its flagship My Bravest Year programme to female leaders across the technology industry, with significant results.

Ninety-four per cent of those who took part said they had surpassed the career goals that they had set themselves at the start of the programme and would take more smart risks in future. And almost 50% achieved average pay rises of 22%.

The top five areas of growth were: relationships, assertiveness, confidence, self-worth and self-awareness.

My Bravest Year is one of several programmes run by the Bravest Path to help organisations to become braver by enabling their people to take more smart risks. The consultancy is one of only a handful of organisations in the UK currently certified to offer the Dare To Lead leadership programme, based on the ground-breaking research of Dr Brené Brown and chosen by Apple as their ‘Business Book of the Year 2019’.

As Gareth Davies, Director, says: “The Aristotle Study by Google identified five pillars present in top performing teams.  The most important of those is psychological safety – team members feeling safe to be vulnerable in front of colleagues without judgement, blame or repercussions. That’s the very essence of our work – supporting individuals and teams to let go of their fears of failure or hearing ‘no’. To bring their bravest, most creative selves to work and to take smart risks.”

The Bravest Path partnered with the charity DevelopHER to offer the six-month programme to female leaders in technology. It combined individual coaching with content from Dr Brown’s research.

More than 100 potential applicants initially took part in an interactive workshop to dispel the myths around vulnerability. Following applications, 18 places were awarded on the programme.

A series of social events were held to help build meaningful connections and to support the network. The programme concluded on the roof of TransferWise with a ‘Courage Speakeasy’. This involved each member of the group presenting a two-minute TED-style talk on their journey, key learnings and their future commitments to being braver in their lives – all in front of a sell-out crowd including family, friends and colleagues.

What sets My Bravest Year apart from other programmes is that the progress of the participants was available to the public in real time. The 18 women blogged after coaching sessions and webinars to share their thoughts, personal experiences and ambitions.

The power from the group realising its common humanity – shared fears and barriers – was amplified when those following their progress could also experience that same realisation and observe these women leading by example and becoming role models – not individually, but communally as they worked together for the advancement of every member.

Why it was successful

The programme began with individual coaching to explore core personal values and goals. As a result, when the group came together for the first time, there was clear direction and purpose with meaning behind it. They knew their Why.

Time was invested in the needs of the group. Group working principles were agreed including confidentiality, honesty and bravery – encouraging one another to be brave in what they shared. The trusting environment fostered a willingness to be open, vulnerable and momentum quickly grew as one after the other, they realised that they were not alone in many of the struggles and fears that they faced.

Bonds formed quickly, social media groups grew organically to further support the group as did meetups and evening events. The group soon became a self-supporting community which is still active today – with members sharing stories of where they have been brave or asking the group for help and advice or simply to be heard as they process their thoughts. It has also performed the more traditional functions of networking, where job opportunities have been shared and countless wider introductions made.

The programme has demonstrated that short-term interventions alone, from one-hour workshops to two-day residentials, are not enough. No matter how engaging the content, without regular ongoing support and accountability, it is unrealistic to expect anyone to achieve long term behavioural change. There’s the danger of providing nothing more than expensive ‘box-ticking’. My Bravest Year provided consistent, long-term, structured support for those women leaders, and allowed them to fully embed the changes they identified as necessary for their development.

In partnership with Bonhill Group, The Bravest Path launched My Bravest Year In…Tech 2019 in New York for female leaders based on the East Coast. This year, successful applicants will benefit from the Dare To Lead programme and a full 12 months of individual and group coaching that will see the group take the stage at Women In IT 2020 to celebrate their achievements and inspire an industry.

Back in the UK, programmes will be launched for industries that traditionally struggle with gender equality at senior leadership level including finance, construction and law.

The research used to create Dare To Lead has also been adapted for a younger audience (16 to 21-year olds). With any places on My Bravest Year programmes or any leadership programmes run within organisations, The Bravest Path will match the number of participants by making the same available to the young people still in education, for example, young women studying STEM subjects.

>See also: Diversity in cyber security: how to close the gender gap

In our next features, we will be sharing Dominique Lim’s, Senior Financial Advisor – Acquisitions, Investments & Financial Advisory at ENGIE UK & Ireland and Shao-Lan Yuen’s, founder of the Powerhouse Playbook, experiences of My Bravest Year.